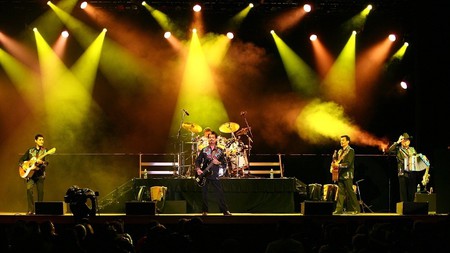 Hailing from a small town in the sunbaked Mexican state of Sinaloa, Los Tigres del Norte are a norteño group that have become a massive international brand. The group will hit the big screen next year with a forthcoming documentary entitled Jefes de Jefes. Currently in post-production, the documentary tells the story of the band’s unlikely rise to superstardom.

Los Tigres del Norte were formed in 1968, when Jorge Hernández, just 14 years of age at the time, convinced his two brothers and a cousin to form a music group. The band initially performed in the Mexican cities of Los Mochis and Mexicali, but in 1976 they traveled to San Jose, California, to perform at the city’s Cinco de Mayo celebrations. In San José, the group was spotted by Art Walker, the owner of a local record label. 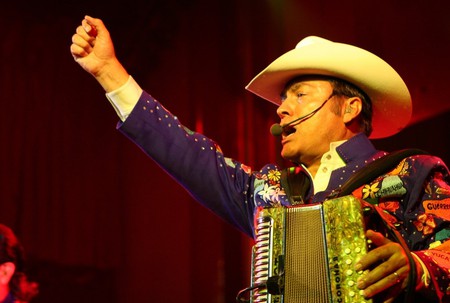 Walker signed the group on the spot and funded their early albums. He was also influential in transforming their sound. While norteño music was typically confined to the ramshackle cantinas of northern Mexico, Walker persuaded the band to use electric instruments so they could play concert halls and arenas.

Shortly after meeting Walker, Jorge Hernandez heard a song in a Los Angeles nightclub that would change his life. The lyrics told the story of a young drug smuggling couple.

“I liked the story. It was very much like a movie,” Hernandez told the Los Angeles Times in 2001. “With each scene, you could imagine the story unfolding in your mind.”

Jorge Hernandez arranged to record the song under the title “Contrabando y traición” (Contraband and Betrayal) in late 1972. The song was a huge hit across Latin America and a movie about its protagonists was released in 1980.

“Contrabando” paved the way for future narcocorridos – controversial songs that focus on drug traffickers. It also formed the basis for the band’s ongoing success – Los Tigres have released more than 40 albums, won seven Grammys and been granted a star on the Hollywood Walk of Fame.

Directed by Mexican filmmaker Olallo Rubio, the upcoming documentary on Los Tigres traces their rags-to-riches story and the huge impact they have had on both sides of the border.

Filmed in Rosa Morada, the band’s hometown in Sinaloa, as well as Mexico City, New York and San Jose, the documentary highlights the band’s connection with their fans. As immigrants to the United States, Los Tigres had a special authenticity among Mexicans in the north, many of whom brought their albums home with them when they returned to their communities in Mexico.

The band’s open support of immigrant causes has made them even more popular. The film will be released in 2018 (the exact date is still unconfirmed) against the backdrop of President Donald Trump’s hardline stance on immigration. Several of the band’s most beloved songs center on the immigrant experience, including “La Puerta Negra,” (The Black Door) “De Paisano a Paisano,” (From One Countryman to Another) and “Mis Dos Patrias” (My Two Countries).

In 2010, the band supported a massive boycott against the state of Arizona, which had passed a controversial law requiring police officers to demand the papers of people suspected of being in the country illegally. 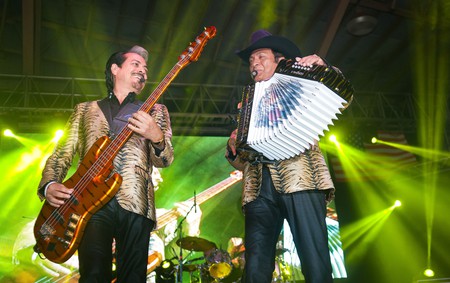 The band again made headlines in 2014, with the release of the song “Era Diferente” (She Was Different).

The song tells the story of a lesbian girl who falls for her best friend and received a warm reception from gay rights groups. 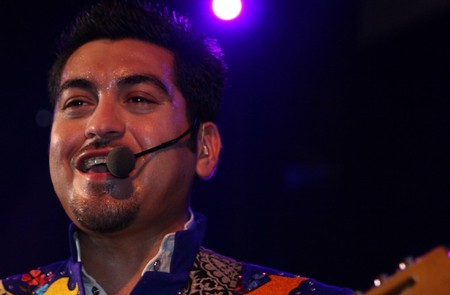