Is This the Coolest Contemporary Library in Latin America? 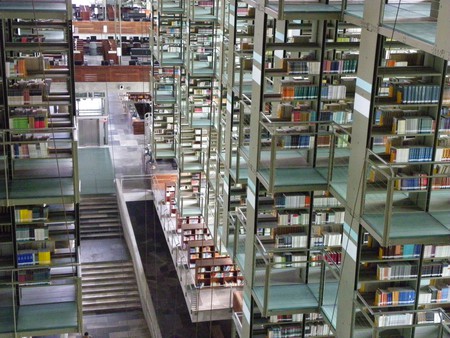 When the Vasconcelos library was inaugurated in 2006, it became the largest public library in Latin America at 500,000 square feet (46451.52 m²). The library’s current collection has over 600,000 items including books, multimedia, and videos, but its shelves can hold 2 million items. Vasconcelos is one of the most well-known and frequented libraries in Latin America, and for book-lovers everywhere, it is a blend of literary treasures and architectural eye candy. Even though there are a bevy of stunning local libraries to explore, there’s nothing quite like this library in all of Mexico City. 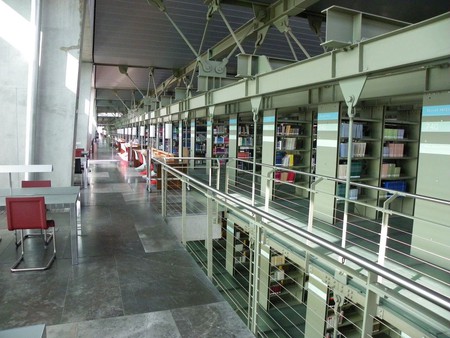 The structure was conceptualized by architect Alberto Kalach, known throughout Mexico for his modern, sweeping designs. The library complex’s execution cost almost $100 million at the time and includes the main building (housing its collection), a set of outdoor gardens, a green house, and a bookstore. The building’s most outstanding design element are the bookshelves that stretch out into the center of the main hall, appearing as if they are floating overhead. Lots of reflective surfaces, including hundreds of yards of glass, add to the building’s ethereal, spacey ambience. 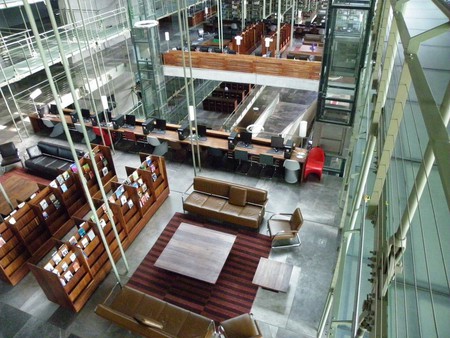 The library was named after Jose Vasconcelos, who was, among many things, president of National Library of Mexico in the 1940s and one of Mexico’s greatest reading and education advocates. Following in his footsteps, the Vasconcelos library offers all kinds of cultural and educational events, from storytimes to book presentations to author lectures. Appropriately, while the indoor space of the library houses the country’s human knowledge, its botanical gardens hold the country’s natural knowledge, with dozens of plant species endemic to Mexico.

In the center of the main building, floating above patrons’ heads is the Mátrix Móvil, a sculpture created by well-known Mexican artist Gabriel Orozco. The sculpture is made from of a gray whale skeleton that was found in the Vizcaíno Bioreserve in the state of Baja California. Orozco drew designs and circles on the white bones and created a prehistoric presence within the complex geometry of their interior design for the library. 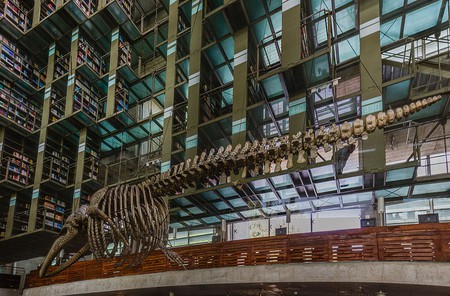 The library is located in a seemingly out-of-the way location in northern Mexico City near the Buenavista train station and the El Chopo museum. It was meant to replace the National Library of Mexico, which was located at the time in Mexico City’s Cuidadela, but the two libraries have both continued to serve Mexico’s reading public. Still, Vasconcelos has the upper hand with visitors, with its over 400 computers for public use, and is a popular place for students in all walks of life to study.

So much of Mexico’s allure lies in colonial architecture and ancient history, but the Biblioteca Vasconcelos is a proud nod to the city’s modern side. You’ll have to see it to believe it!