Is Art the Ultimate Community Link for High-End Tourist Destinations? 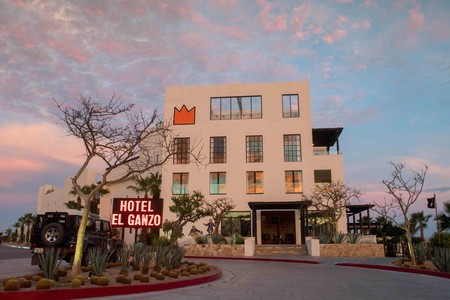 A young girl with penetrating eyes gazes towards the Sea of Cortez, defiantly facing the green waters of the marina. A massive blue whale accompanies her image, meant for approaching the boats and fisherman, as well as tourists. But just yesterday, this was only a stark white wall.

We Are Watching (or Estamos observando), an aquamarine mural hand-painted by Mexican-German artist Paola Beck, is the product of an ongoing artist-in-residency program in San José del Cabo. But this isn’t your typical residency; all the artwork produced here is commissioned by El Ganzo, a design-centric hotel in Baja California Sur. 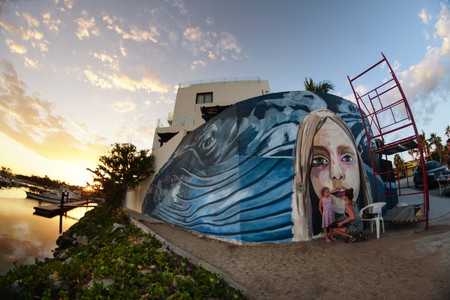 We Are Watching You, a mural by Paola Beck | © El Ganzo

Here, everything is about the art. A Basquiat-inspired crown adorns the upper left corner of El Ganzo’s large white stucco facade, illuminated by a bright, throwback neon sign in bold lettering. It has a touch of cinematic mystery, an arid desert spark surrounding it, as if one were walking into a Tarantino film. Inside, remnants of previous visiting artists are everywhere—sculptures and a large black and white collage behind the front desk, piano keys painted into the stairs, hand-painted designs on the walls of the interior rooms. The trade-off for the artists is simple: stay here for a week, create work on your own terms, and leave something behind when you leave. 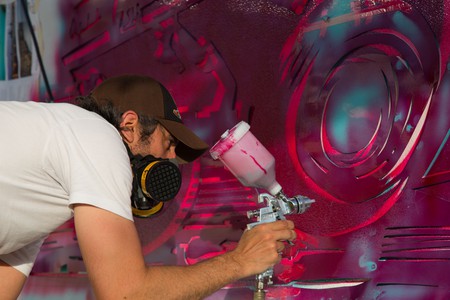 The mural of the child guarding the sea, according to Paola, is actually a reminder for adults to protect and take care of the land and ocean: “There is no more time left to pretend or ignore the fact that nature [and human beings are] at a turning point in history,” says Paola. “We have to become an example of consciousness for future generations, because what they learn from us is what they will repeat in the near future.” The mural acts as a warning from our youth—this planet is theirs to inherit, in whatever shape we leave it in.

“In a way, it also works as a reminder to all Mexicans how wonderful and rich our country is, but at the same time how fragile and endangered,” she says. 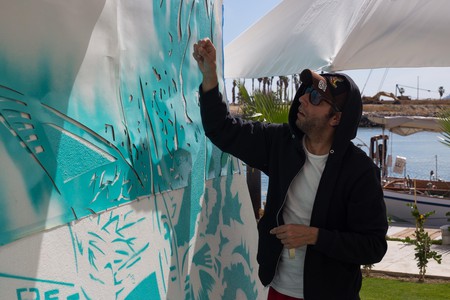 Painting the mural, for Paola, ended up becoming a collective experience with the community—even by accident. Neighborhood children saw her working on the wall and asked if they could help her paint. Within thirty minutes, there were eight people working on it, ranging from four years old or older neighbors. “The magic happened by itself, without me even planning it,” she told me. “And that’s the difference.” 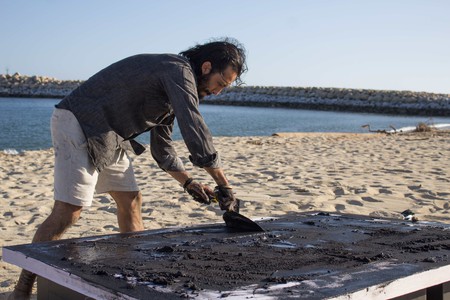 This new artistic barter system (or cultural exchange) in the hospitality arena gives artists a short reprieve from their “working” lives, while introducing a fresh, ever changing aesthetic to the hotel’s international guests. During their stay, the rotating artists are encouraged to visit the neighboring art school for children, which is funded largely by El Ganzo and built for the community of San José del Cabo. 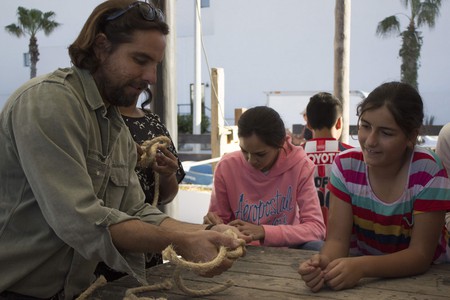 Francois Paris, a French artist who fell in love with Mexico years ago, originally started the school. He was working with nearly 40 students at a time, before he asked the hotel for help to build the center. “We wanted to make art a little bit more accessible. People can use art almost like writing now [to express themselves],” he told me, as he described a large Basquiat-inspired painting made by his students this year. “It’s done on plastic, because it’s an old sign, and then we printed them into posters.” 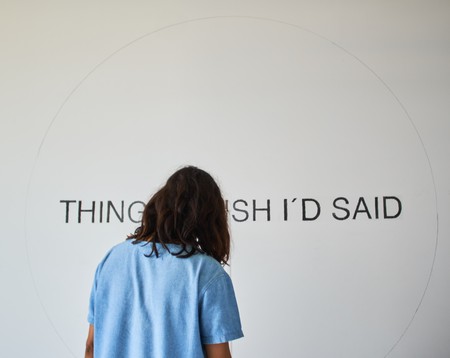 When the hotel was built four years ago (and rebuilt again after a hurricane) the community was—understandably—offended by its physical presence. It blocked their view of the sea, brought in a stream of tourists, it changed the marina landscape. But this wasn’t some big-box, cookie-cutter hotel model. The art school and mural work was the catalyst to begin a new dialogue, a new conversation. It helped bridge the divide between the permanent residents and the luxurious entity they ultimately had to contend with. 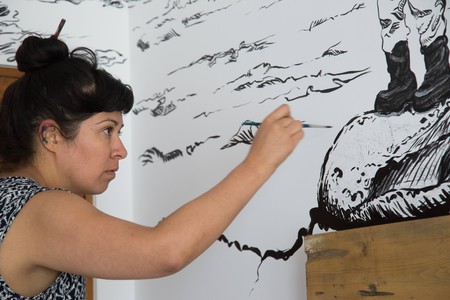 “At first, I think the community of San José del Cabo were very shocked, and then very thankful that the mural was made basically for them. They felt considered, but they were also intrigued by the meaning of the mural,” Paola said.

“Most of them showed serious and thoughtful faces when I explained the concept, but many had already caught the essence of it before I started talking about it. I received a lot of positive feedback from the fishermen and families that passed by after spending some time at ‘La Playita’ (the public beach in front of the mural), as well as by tourists and guests of the hotel.” 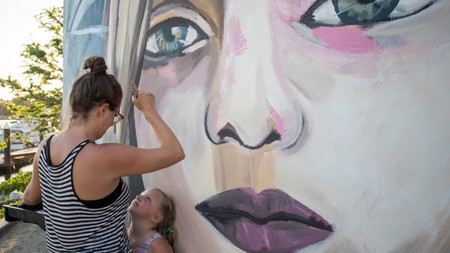 During my brief stay, I attended one of the workshops for the community children, where Paolo was teaching. Although she had just met them, the students interacted with her in such a familiar way that I thought surely she had known them for months. They were enraptured with her.

“Se morirían,” they all replied in unison. They would all die. Even at four, five, seven years old, the students understood, immediately, the gravity of pollution and their responsibility for caring for the ocean’s inhabitants. 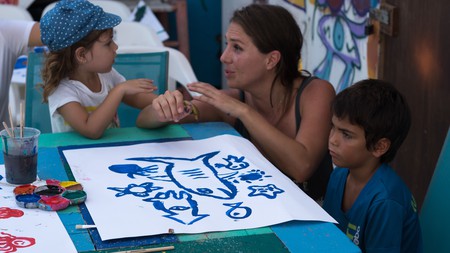 They were instructed to paint an animal from the sea, an animal that they most connected with. “You’re all going to take your painting home, and every time you see the painting, I want you to you remember this: When you see a grownup or a kid dropping trash on the beach, I want you to walk right up to them and ask them nicely to please pick it up.” This permission to challenge an adult was a novel concept to the students. Their young faces lit up. They nodded together, mesmerized by her words: They would take up her challenge.

Sharks, dolphins, crabs, and even imaginary creatures were painted that day (I opted to paint an octopus with seven legs, and named him “Siete”). On this day at least, art was the ultimate community link, bringing together tourists, artists, and locals alike. And Paola’s mural wasn’t just a gift to the hotel, but a gift to the community, a moral reminder, that each of us has a duty to the Earth, that each of us is a part of something greater than ourselves. 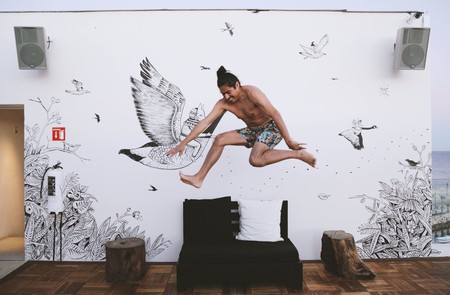