The History Of Tijuana's Zebra-painted Donkeys 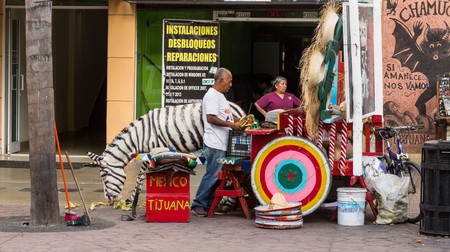 Zonkeys, donkeys painted with zebra stripes, are a landmark for tourist photos in Tijuana, Mexico. Tourists pay to have their photos taken with the zonkey. | © Jon G. Fuller, Jr. / Alamy Stock Photo

Anyone who visits Tijuana’s bustling Avenida Revolucion will soon spot something a little odd: tourists posing for souvenir photos with donkeys… painted as zebras. This is a tradition that has been happening here for over 100 years, and has become the city’s most iconic symbol. The question is, where did this odd tourist attraction come from? And, with Tijuana’s cultural transformation, will it last for much longer?

Tourists flock to Tijuana to avoid US prohibition laws

It’s the early 1920s and the height of the US prohibition era. Hollywood stars, businessmen and the filthy rich are travelling over the US-Mexico border for wild parties, gambling, cheap booze and a thriving red light district. In between all the debauchery, tourists took time out along bustling Avenida Revolucion to buy “traditional” Mexican souvenirs. A few enterprising men brought their donkey carts along, draped them in colourful serape blankets and painted a classic backdrop scene of a cacti-dotted desert. Give out Mexican sombreros with “Tijuana” on them and, hey, presto, you have yourself the perfect tourist trap. 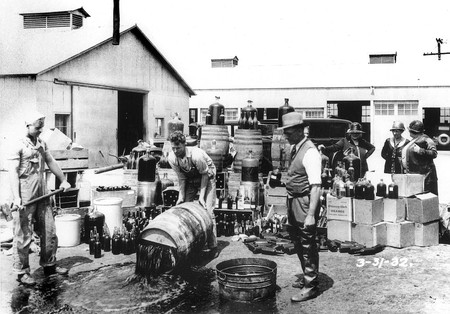 For many years (the first photo of a tourist posing with a cart in Tijuana dates back to 1914), the donkey remained – well, a donkey. However, photographers were concerned that, as there was no colour photography back then, that the white donkey was very hard to make out in a black-and-white or sepia image, and instead looked like a ghostly figure with glowing eyes. One man then came up with the idea to make the white donkey stand out in photographs: paint it with black stripes using women’s hair dye. 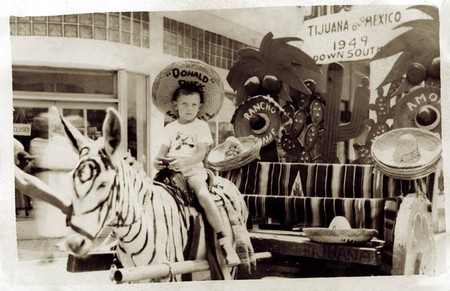 A burro cart union is formed

The burro (donkey in Spanish) carts became so popular that, by World War II, as many as 25 of them were scattered across Tijuana’s Avenida Revolucion, many of which had tourists lined up for hours for the chance to have their souvenir snap taken. With business booming, the burro cart owners decided to form a union, where each was assigned a specific street corner to work. This also meant that, officially, only members of the union were allowed to work as burro photographers.

The “Zonkey” becomes a city icon

With worldwide recognition, the striped donkey became Tijuana’s undisputed symbol. Tijuana’s basketball team was named the “Zonkeys” (they also wear black and white striped kit), the city’s official logo had stripes incorporated into the design, and every tourism poster and leaflet promoted the carts as a prime attraction not to be missed. 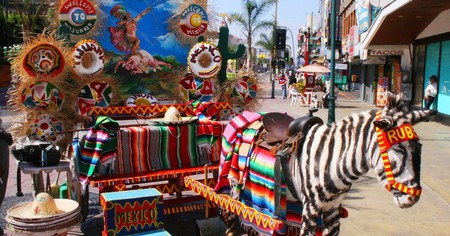 The future of the zebra-painted donkey is uncertain

Sadly for the cart owners, the hype didn’t last forever. At the turn of the 21st century – with the arrival of the recession, an increase in drug violence and tighter US border security – Tijuana’s tourism industry took a huge blow. Compared to the 25 carts open for business at the height of Tijuana’s tourism boom, today there are only a handful left and most struggle to make a living out of it.

In 2014, the burro cart reached its 100th anniversary. This ignited a movement to try and keep the tradition alive by officially making the donkeys part of Tijuana’s cultural heritage. Opinions on this, however, are still mixed. Whilst some grew up with the “zonkey” as their city icon and would love to see the tradition continued, others – as Tijuana undergoes its hip transformation – would prefer to see them gone. The future of the striped donkeys, it seems, remains uncertain.

Culture Trip is committed to the welfare of animals around the world. We ask travellers to be vigilant of condition and welfare of working animals in local tourism attractions.