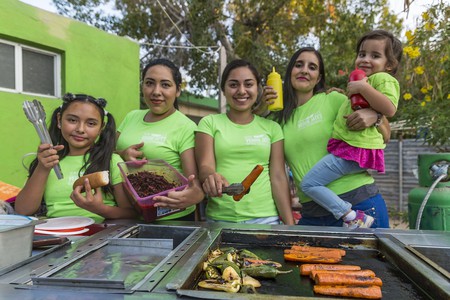 While Mexico’s metropolitan capital has seen a huge influx of hip veggie restaurants in recent years, in many other parts of the country, going meat-free is still a huge taboo. We met up with two single mothers in La Paz (the capital of Baja California Sur)—Luz Nieto (30) and Alexa Maeck (29)—who, despite violent threats and continued discouragement from those closest to them, have done what for many Mexicans is considered unthinkable: they’ve opened up La Paz’s first-ever vegetarian and vegan street food stand.

For those living in western countries, vegetarianism and veganism, for the most part, is not only accepted, but celebrated. Today, cities across the US and Europe are overflowing with vegetarian restaurants, our social media feeds are bursting with cute vegan dishes and our supermarkets are being stocked with greener, healthier ingredients. Being a vegetarian or vegan in the West is, well, easy. But for those born and raised in Latin American countries, abstaining from meat is an everyday struggle against not only a lack of options, but misunderstanding, mockery and even intimidation.

This is the story of two women who each hold down full-time jobs during the week and who, on the weekends, set up a hot dog stand called Veggie Jates to not only offer vegetarians and vegans in La Paz more meal options, but to signal to the world that, in 2018, saying no to meat shouldn’t mean having to reject your Mexican identity. 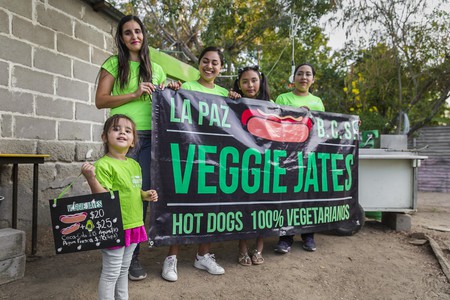 Culture Trip (CT): What’s it like being a vegetarian in Mexico?

Alexa Maeck (AM): [Laughing] Extremely difficult. Let me give you an example. Before I fell pregnant with my daughter, I had been a vegan against my family’s wishes for many years. However, when I fell pregnant, the real problems began. My mother, thinking that by not eating meat or dairy both myself and my baby would be missing vital nutrients, would hide meat and dairy products in my meals. As I had been a vegan for so long, this would make me seriously ill. My doctor said that something had to change, as, due to [the] violent sickness episodes, I was putting myself and [my] baby at risk. So as I lived at home, I had no option but to slowly re-introduce meat back into my diet during my pregnancy. 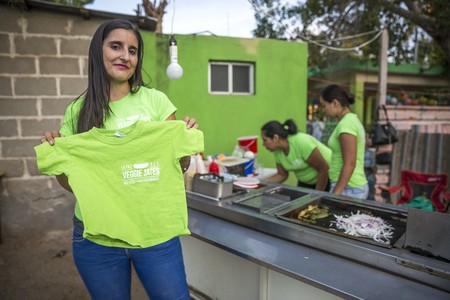 Luz Nieto (LN): Two years ago, as she no longer lives with her mother, Alexa became a vegetarian again. To this day, her family is still not happy about it—even less about the fact that we’re starting a vegetarian restaurant. Before opening, we got a lot of negative feedback from the community, too. We even received threats that they would burn down the property.

CT: That’s quite extreme, isn’t it? Where do you think this hate for vegetarianism comes from?

AM: It’s partly due to a lack of education. Mexicans think that meat is your only ‘real’ source of protein, and dairy the builder of strong bones—[that] without them, you’ll grow sickly and weak. But it even goes further than that. People get frustrated because meat is part of our Mexican identity and a cultural heritage that goes back to the beginning of time. Ever since I remember, we’ve grown up eating meat for breakfast, lunch and dinner. If you didn’t, it was a sign of poverty, sickness or just plain madness. 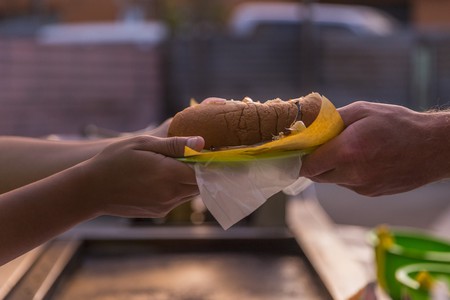 LN: [Nodding in agreement] Breakfast here in Mexico isn’t a breakfast without chicharrón, chorizo or carne asada—sometimes all three on one plate! It’s seen as how you have to start the day in order to work, study and live well. If you ask any Mexican around here, particularly the older generation, they’ll all tell you: a meal without meat isn’t a meal—period.

CT: So what about the restaurants here, do they have the same attitude?

AM: As there are many tourists that come to La Paz, there are more restaurants offering vegetarian options (though it can still be tough to find vegan food). However, if you are a Mexican ordering vegetarian food in a restaurant, it doesn’t come without rude remarks or funny looks from the waiters. The attitude is: you’re a Mexican, why the hell are you ordering the veggie option?

LN: Jates (also spelt hates) is a nickname we have here in La Paz for street hot dogs. In this region, we make our hot dogs different [from] the rest of Mexico, and they’re much, much better! While in the interior [of Mexico] they make hot dogs like in the US (with a frankfurter sausage, ketchup and mustard), jates are traditionally made from a special sweet dough and topped with mayonnaise, onions, tomatoes, jalapeños and, finally, [are] wrapped in bacon. 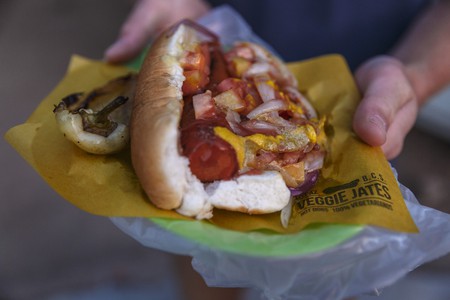 CT: Why recreate a jate stand and not open a vegan restaurant or café, for example?

AM: Being vegetarian, I’ve always felt like I’ve had to give up a part of my Mexican identity. Food is huge in Mexico, especially street food. The smells, the bustling atmosphere, chatting with your neighbours and friends out in the street—it’s what I’ve grown up with and the Mexico I love, but I had to give this up when I became [vegan]. The question I asked myself each day was: why? Why can’t I go out with friends and enjoy that same great street food atmosphere, but without the meat or dairy? 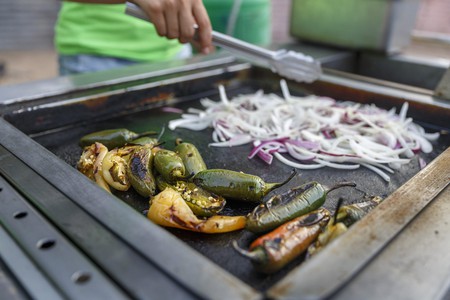 CT: Do you think you’ve achieved that magic jate flavour?

LN: We think so. This was a real challenge for us and took us over a year of experimentation to get right. We are constantly trying new combinations. However, this is is the closest we (and anyone else) have ever [gotten] to creating a traditional tasting meat-free jate. The real flavour, we think, is not in the meat but in the condiments: the jalapeños, the fried onions and sauces are really what makes a jate taste, well, like a jate! 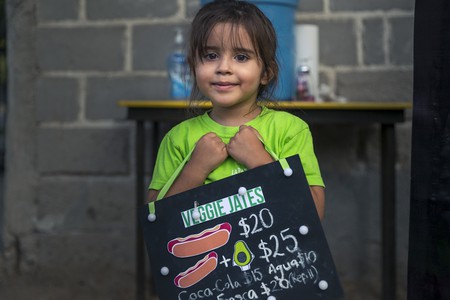 AM: Yes. I was fed up [with] having to go to posh restaurants and my plate of food always costing more than everyone else’s, even though my veggie plate was probably cheaper to prepare. Because there aren’t many options in La Paz, restaurants can charge more, so they do. But what if a vegetarian wants cheap street food? What if they too want to experience the atmosphere and flavours that you just don’t get in restaurants? Our ethos is: we don’t want to charge you more. We don’t want you to feel singled out or different. We just want you to come along and enjoy a hot dog as you would at any street food stand in Mexico.