How to Make the Best Mexican Cocktails at Home 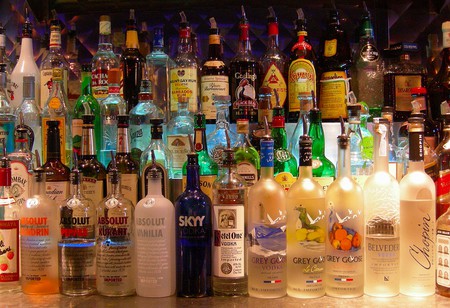 Bottles at a bar | © Edwin Land/Flickr

While you might not think of cocktails when you think of Mexico, aside from the obvious margarita, this country actually has a repertoire of intriguing concoctions that you can try out for yourself at home. From beer and tomato juice mixes, to Mexican takes on the classic Bloody Mary and anything and everything that includes Veracruz’ Kahlúa liqueur, here’s how to make these Mexican cocktails at home.

The epitome of Mexican ingenuity, the stalwart beer cocktail on the Mexican drinks scene is widely hailed as a great sunny day drink and the best hangover cure bar none. While recipes are wildly variable and tailored to individual taste, for the basic michelada you’ll need a straight-from-the-freezer glass with spicy salt (Tajín) around the rim. To this, add a decent handful of ice and slugs of hot sauce, Worcestershire sauce and soy sauce in equal measure/to taste. Generously squeeze in the juice of one lime and fill to half way with either clam or tomato juice. Finally, top it off with the addition of a Mexican beer such as the international Corona, but preferably Modelo, and voila! The perfect michelada. 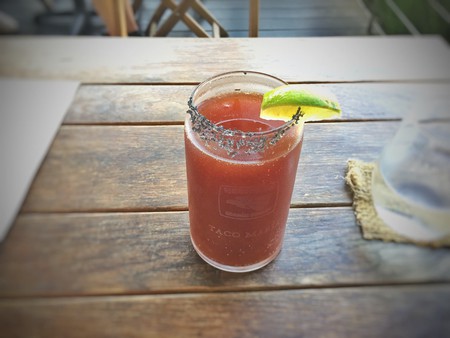 A simpler version of the michelada is the similarly named chelada and it’s really just an advanced version of shoving a lime wedge in your beer bottle, which makes it the perfect Mexican concoction to try out at home. Let your glass chill in the freezer for a while before adding plenty of ice, a good squeeze of fresh lime juice and a hearty shake of salt, topped off with your preferred bottle of (preferably lager-style) beer. Serve with a lime wedge if you’re feeling fancy. 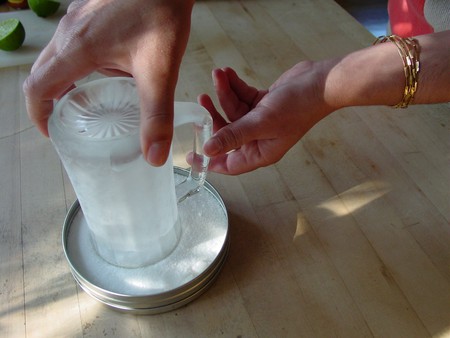 The classic margarita comes in many variations, but we’re going to give you the basic instructions, rather than any kind of frozen margarita monstrosity. For this you’ll want to use the classic margarita glass with a healthily salted rim and pre-mix your margarita in a cocktail shaker first. With that in mind, combine plenty of ice, a shot of decent tequila, plus a shot of Cointreau (or another orange liqueur) and a squeeze of lime. Shake well, strain and serve in your pre-salted glass.

If you want authenticity, use the classic margarita glass | © Rkolarsky/WikiCommons

Perhaps one of the simplest and most alcoholic Mexican cocktails you can make at home, to whip up your own Black Russian simply combine one shot of Mexico’s very own liqueur Kahlúa with two shots of your vodka of choice in a well-iced shaker. Strain and serve in an old-fashioned glass… or whatever you have to hand at home. If you want a sweeter version of the Black Russian, use two shots Kahlúa to one shot vodka. 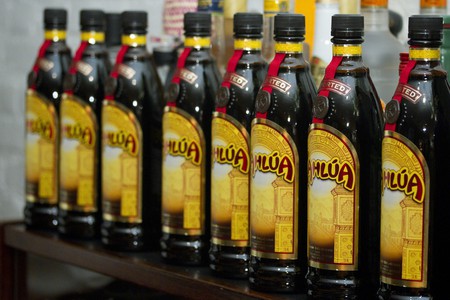 The creamier version of a Black Russian and a far more acquired taste, the White Russian adds cream into the mix. To make this at home, follow the steps needed to make a Black Russian and after pouring the vodka-Kahlúa mix into a glass, simply add a large splash of heavy cream and give it a quick (but not vigorous) stir. 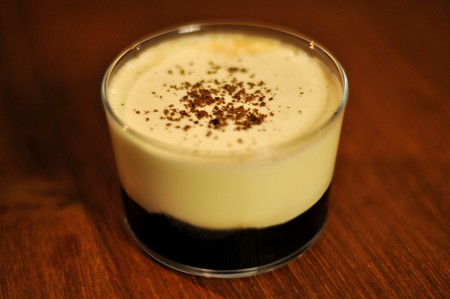 Another super simple and hugely popular Mexican cocktail you can make at home right now is the paloma. Literally translating to dove (or pigeon), this is a refreshing beverage made from combining a shot of tequila with a squeeze of, you guessed it, lime, a pinch of salt and a glug of fizzy grapefruit soda. The typical Mexican paloma will use the pleasingly-named Squirt or Fresca brands, but you can use Lilt or any other grapefruit soda and it will taste just as good. 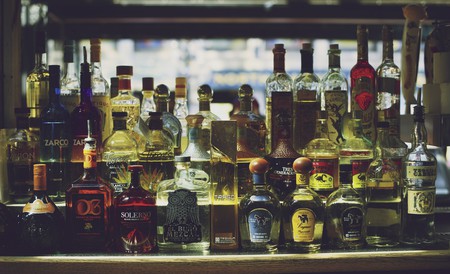 Any tequila will do for a paloma | © Steven Guzzardi/Flickr

Don’t mess around with Zero and Diet versions of the classic Coca-Cola for this one, but instead bring out the big guns with the traditional red bottled versions. If possible, get your hands on some of the Mexican stuff which has wildly unregulated amounts of sugar. Add ice to a straight-from-the-freezer glass, sprinkle salt and squeeze lime into it and then add a shot of tequila. Top up with Coca-Cola and enjoy. You can salt the rim if you like. 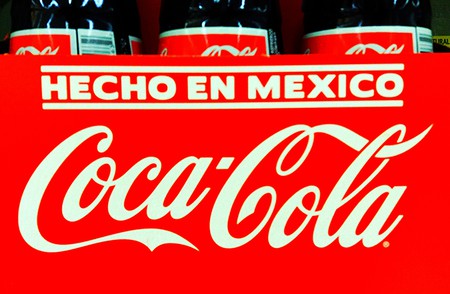 Considered Mexico’s answer to the Bloody Mary, the vampiro brings together around three shots of the traditional Mexican Bloody Mary mix known as sangrita, combined with a shot of tequila, before being topped up with grapefruit soda. Make sure there’s plenty of ice in your glass and season with a pinch of salt, a squeeze of lime and some spicy Mexican Tajín, if possible. Give it a stir and serve. 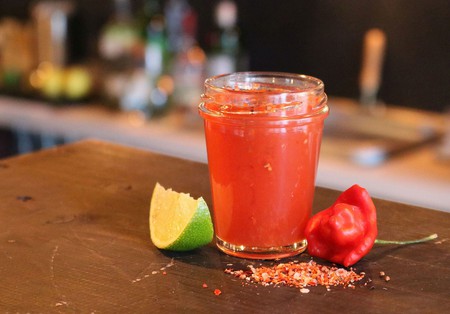 Sangrita, the Bloody Mary mix, is key to a good vampiro | © Achim Schleuning/WikiCommons
Give us feedback