Red and heart shaped, what more could you want for Valentine’s Day? | © Esparta Palma/Flickr
Mexicans are big fans of a holiday, or basically any event that requires holding a celebration and decorating the office. So it comes as no surprise that Valentine’s Day is up there as one of Mexico’s favored festivities. Unlike New Year’s Eve which is swamped in superstition, Valentine’s Day is distinctly more commercial. Even so, here’s everything you need to know to celebrate February 14 like a true Mexican.

It’s not all about romance

In Mexico, Valentine’s Day is also celebrated on February 14 but is officially titled El Día del Amor y la Amistad (The Day of Love and Friendship). That means that if you want to celebrate like a Mexican, you shouldn’t focus all your attention on your beloved, but rather on your friends and family too. While we wouldn’t recommend treating everyone to a joint celebratory dinner, you should still probably send them a message. Heck, even buy them chocolate.

Show some love to your friends too Pixabay

Balloon vendors can be seen patrolling the streets of Mexico throughout the year, hawking their helium-filled wares. However, come late January and early February, they really step up their game and you’ll find their super hero and cartoon character-shaped balloons have been replaced with love hearts and every tone of red and pink imaginable. With messages ranging from the cute to the gag-inducing, there’s no better way to celebrate Valentine’s Day in Mexico than with this simple yet effective gift.

Gift your love a rose

As with balloons, flowers (especially roses) are sold year-round by street vendors and this is especially true around Valentine’s Day. We all know it’s a marketing ploy, but roses and February 14 are so intrinsically linked that it would be impossible to not buy into it at least once in your lifetime. Given the availability of these romantic flowers, Mexico makes the ideal place to do so and you should definitely hunt down a vendor before the clock strikes midnight on Valentine’s Day.

Make out in public

Unlike many Western countries where public affection is something to be shied away from at all costs, Mexicans have no problem with getting up-close and personal on the street. No matter where you are in Mexico, take a quick look around and you’re likely to see at least one couple who only have eyes for each other. So, if you really want to celebrate Valentine’s day like a true Mexican, let your emotions come to the surface and show your love some love!

Take them out for a romantic dinner

As with most countries across the world, Mexico is most definitely a capitalist nation, and so many restaurants will cash in on February 14 as an excuse to host their most romantic, candle-filled, rose-scented night of the year. If this is something you’d be interested in, scout out your favourite spot – the spinning Bellini restaurant atop the World Trade Center in Mexico City is a great option – and make sure you book well in advance; Valentine’s Day reservations wait for no man (or woman). 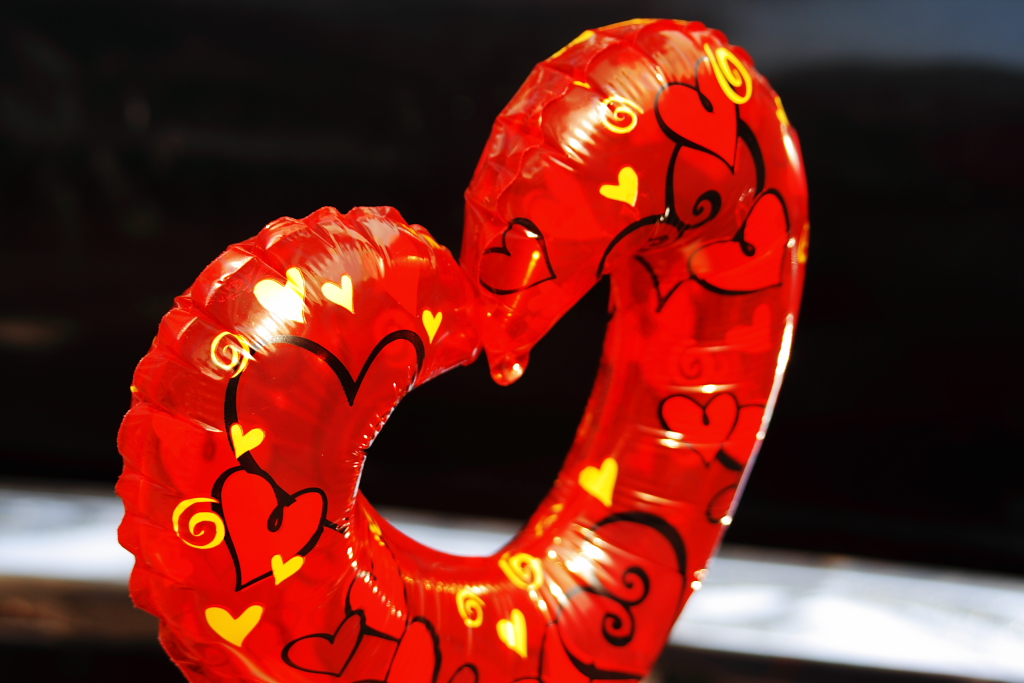 Red and heart-shaped, what more could you want for Valentine’s Day? | © Esparta Palma/Flickr