How This Mexican Cartoon Alien Helped Solve a Murder 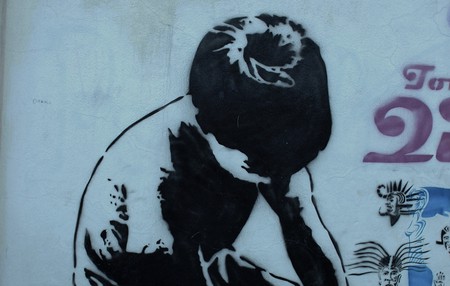 The cartoon characters Antennas and Bosty are truly unique tools – computer animated characters that are used to help provide evidence for court cases in Mexico when a child has been a victim or witness of violence. Bosty even played a major role in securing the conviction of a man who had murdered his wife, when his children told the cartoon that their mother had not committed suicide.

As well as helping to provide evidence, the cartoons also provide mental health counseling to Mexican children who have suffered abuse and violence. The characters have been used as a therapeutic tool in Mexico for more than a decade and were developed by Julia Borbolla, a psychologist with 35 years of experience. Through this method, patients speak directly to the computer screen in face-to-face sessions, and the cartoons quickly earn their trust, something that expert psychologists are often unable to do.

Antennas, the first character, was originally just a puppet that listened to children. But Borbolla discovered that animating the character further encouraged patients to talk freely about their feelings. She realized how powerful a tool Antennas could be in the very first session, when a young girl told the cartoon that the maid in her family home was hitting her.

Yet the use of the cartoons in Mexico has sparked controversy. Some experts have expressed concern that children will invent stories when they are talking to an animated character. Others have pointed out that no studies have been carried out into the efficacy of the cartoons, despite the fact that they are now used to gather evidence.

Borbolla argues that the animated characters are a powerful tool for countering the disturbing levels of violence and abuse that pervade Mexican society. The cartoons currently provide therapy in hospitals and charitable institutions that serve burn victims, cancer patients, or disabled children. They are also used in judicial centers, such as the Attorney General’s Office of Mexico City and numerous Women’s Justice Centers throughout the country.

Borbolla believes the cartoons and their evidence-gathering techniques have improved over the past decade. She is determined to see their use expanded across the world.