How Is Christmas Celebrated In Mexico? 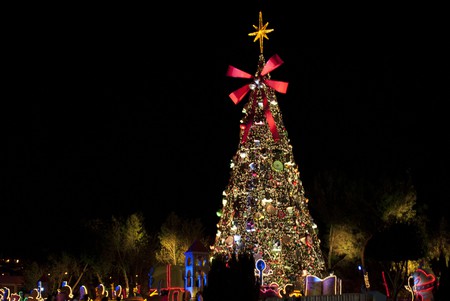 While countries like the US and the UK celebrate Christmas over perhaps a three-day period at best, from December 24th to 26th, Mexico goes one better – almost one month better actually! Festivities across the country begin on December 12th and extend right through to January 6th the following year. So just how exactly is this holiday period celebrated?

Everything gets kicked off with the tradition of posadas. While this literally translates to ‘inn’, over the yuletide period it refers to a series of processions or parties in which both children and adults participate. Traditionally, each night from December 16th through to Christmas Eve, various houses are decorated and children pass from door to door to sing a song and ask if there’s a figurative ‘room at the inn’. This recreation of the Christmas tale which sees Mary and Joseph doing much the same thing, only ends on Christmas Eve when they are finally invited in to celebrate and enjoy the party. In practice though, a posada most commonly refers to a generic Christmas party enjoyed in the run up to the festive season, with an abundance of food, drink and, of course, piñatas. 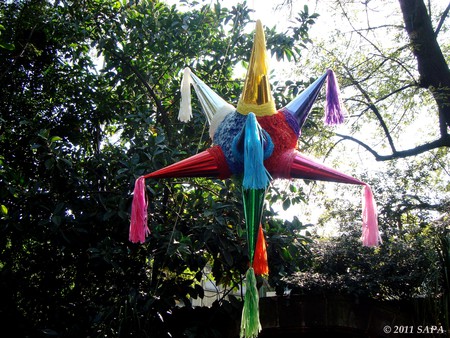 Aside from the posada tradition, Mexico is well-known for its love of an over-the-top Nativity scene, or nacimiento. While many houses will lay out their own interpretation, town centres also go mad for the tradition, with many places creating huge replicas of the manger, surrounded by animals, the Three Kings and shepherds. Baby Jesus, the undeniable main attraction, isn’t added until December 24th however. 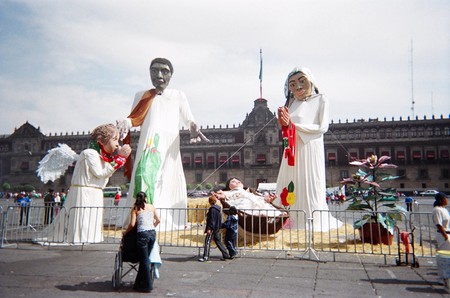 Speaking of which, in Mexico, unlike the US and the UK, Christmas Eve bears the brunt of the festivities rather than December 25th proper. Otherwise known as nochebuena, Mexicans will typically take part in the final posada celebrations before enjoying a large and extravagant family meal and heading to mass to ring in Christmas Day. It isn’t uncommon for there to be fireworks and heaps of poinsettia flowers (a.k.a. flores de nochebuena) present during this time either. As in most of the Western world, the tradition of decorating a Christmas tree has also taken off in Mexico. Again, in town centres right over the festive period, you’re likely to come across enormous examples in the central plaza, decked out with lights and decorations to mark the occasion.

An additional Christmas period celebration in Mexico is that of Día de Los Santos Inocentes on December 28th, not to be confused with Día de Los Angelitos which takes place on November 1st. The most straightforward explanation for this day of mischief making is that it’s the Mexican version of April Fools’ Day. 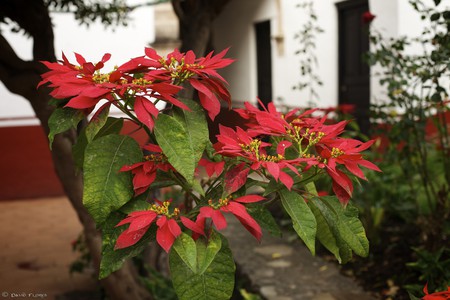 But what about Santa Claus?! Well, he does ‘exist’ (so to speak) in Mexican Christmas celebrations, although he stops by Mexico on the evening of December 23rd and early hours of December 24th to leave presents. Typically, Mexican children used to expect the delivery of their much longed for gifts on the Día de Los Reyes (January 6th, otherwise known as Epiphany). They would write a letter to the Reyes Magos, before sending it into the sky tied to a balloon and leaving a shoe on their windowsill in which to receive the presents. While this tradition endures in the south of the country, most other places have adopted a more Western approach to present delivery. Even without presents though, January 6th marks an important date in the Mexican Christmas calendar, as it’s when the sweet bread known as Rosca de Reyes is eaten. Hidden within this oval shaped loaf, which is decorated with jellied sweets, are tiny figurines of baby Jesus. But you don’t want to be the one to find him in your slice, because tradition dictates that the Jesus-finder must buy everyone tamales on February 2nd during Candelaria, or Candlemas. 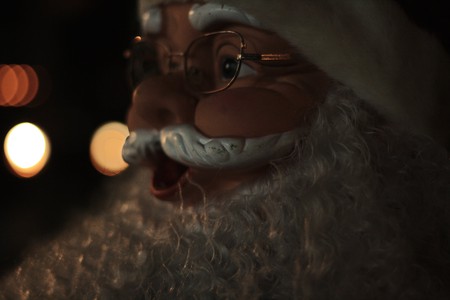 While celebrations are generally the same format across the country, there are still some regional traditions worth mentioning, most notably Oaxaca’s Noche de Rábanos (Radish Night) which is held annually on December 23rd, and celebrates all things created from radishes. In Yucatan, there’s a Mexican take on Christmas carolling over the festive period, whereas the State of Mexico’s Tepoztlán, in contrast, is known for its pastorelas, or Nativity plays. 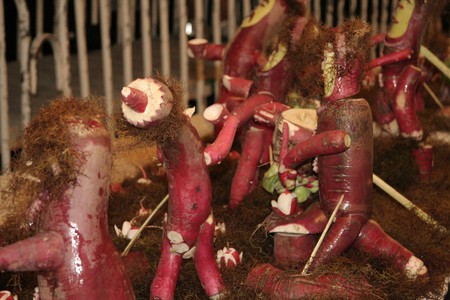