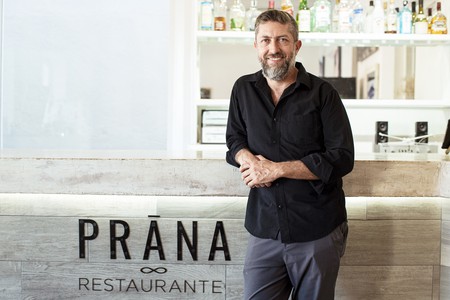 Meet Christian Liñán-Rivera, owner of the restaurant Prãna, who has dedicated 10 years of his life to convincing the fishermen of Baja California to adopt sustainable fishing practices.

It’s 11am and Prãna’s kitchen is gearing up for the day, tossing fresh tomatoes, chilis, capers and cilantro. In the momentarily silent dining room, photographs of old fishermen lifting up their green mesh nets contrast with the white of the bare tables. 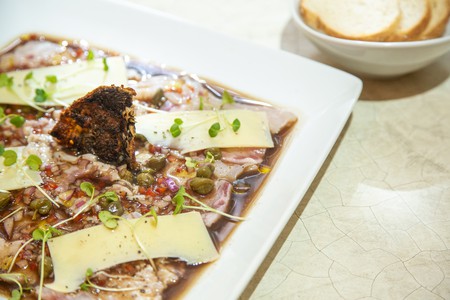 Prãna is located right in the foodie area of La Paz, next to the Cathedral downtown. Outside, sober signs advertise a Baja-Med cuisine: a fusion of Mexican and Mediterranean cuisines, inspired in Tijuana by the famous Mexican chefs Miguel Ángel Guerrero and Javier Plascencia. But this gastronomic tag doesn’t give credit to the true spirit of this restaurant. Christian Liñán-Rivera, its owner, doesn’t come from the fancy kitchens of Tijuana. His background was formed by years of collaborative work with the fishermen of the north of the Sea of Cortez. 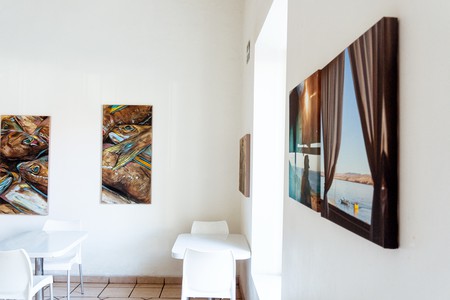 Trained as a marine biologist, Christian worked for 10 years for the NGO Noroeste Sustantable (NOS), whose mission is to help the coastal communities of Baja California to strengthen their collective leadership and teach them skills in order to adopt more sustainable practices. His experience with the corvinas fishermen of Santa Clara was instrumental in shifting his priorities and informing his current commitment to sustainability. The fishery was catching so many corvinas that the price of the fish was dropping fast. Christian helped them to successfully stabilize their price upstream, in order for them to gain more by catching fewer fish. Now he is pushing the boundaries of sustainability even further by running a 100% sustainable seafood restaurant in La Paz, Mexico. 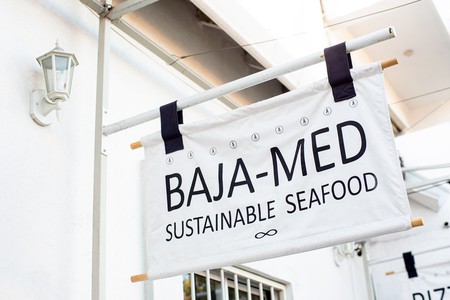 Prãna’s concept puts it at the vanguard of eateries in the area. The specialty menu has only one fish, one mollusc and one crustacean, and they are all 100% sustainable and 100% legally certified. “Why empty the sea just to prove you can have a broad menu?” asks Christian. “The diversity needs to come from the creativity of the chef — not from the sea.” Behind his gentle blue eyes, Christian has all the righteousness of a scientist and the passion of an activist, and he has no doubt about his concept.

“Creating a market for sustainable fish in restaurants is one of the most efficient ways to convince local fishermen to change their practices, as they can quickly gain from it,” he continues. “I also want to show to the customers that ordering a sustainable fish has an immediate impact on the ocean and [I want] for them to be conscious of the decisions they are making.” 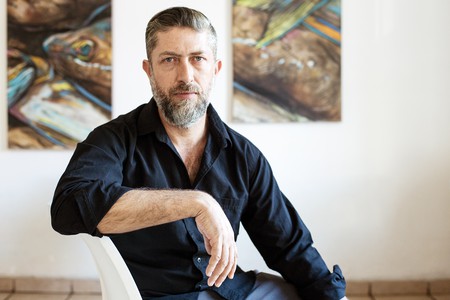 The only issue is where to find sustainable seafood for sale in La Paz, meaning a fish which is not only local, but also 100% sustainable and legally obtained. Unfortunately, there is no official data which can certify such information. “Mexico has been a top fishing country for decades, but the government only started collecting fisheries data in 2000, and has published piecemeal data just a few times since then,” says Esteban García-Peña from Oceana, an international NGO which focuses on protecting and restoring the oceans on a global scale. The last official survey on the Pacific tuna, for example, dates back to 2000. 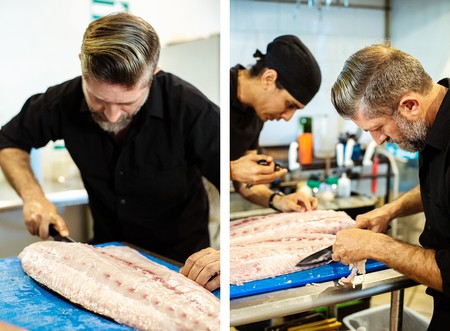 Amy Hudson Weaver, who is locally in charge of sustainable fishing for the NGO Niparajá, explains that most of the fisheries around La Paz are small-scale fisheries, which don’t always have the skills and the management tools to generate this kind of information. “That said, we are working towards sustainability,” she says. Niparajá is working with 13 fishing communities, from Loreto to the North of La Paz. Since 2012, the 600 fishermen of the corridor have been part of the Fisheries Improvement Project (FIP) and have set up 11 fishing refuges for a five-year period, in order to better understand the health of their stock and how to monitor it. “But the traceability from the fisherman to the plate is not here yet, as there is no market in La Paz for it,” says Weaver. “And to be honest, the fishermen we are working with get a better price by selling their fish north, in Tijuana, or exporting it to the United States, as it is of very good quality.” 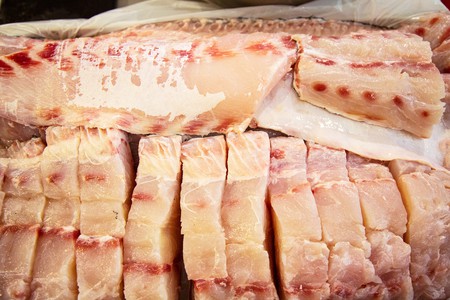 Totoaba : the cursed treasure of the Sea of Cortez

True to his pioneering spirit, Christian found in aquaculture a way to get around the problem — a solution with which he was very familiar, as he studied the diet of farmed fish at the Autonomous University of Baja California Sur (UABCS). “Far from the ecological disaster of the shrimp farms, I knew that with technology, very high quality seafood can be grown in farms,” he explains.

This method has been proven by locals including Philippe Danigo. This fourth generation French oyster farmer fell in love with the Baja California 25 years ago and started growing his oysters in the cold, pristine waters of Laguna San Ignacio. The outstanding quality of his product is reflected by organic certification and endorsements from the Monterey Bay Aquarium. 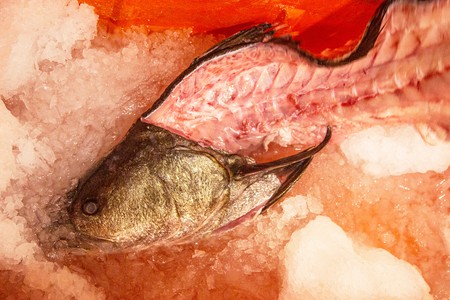 Christian knew he could achieve his restaurant vision when he discovered that a high-tech fish farm, Earth Ocean Farms, had recently opened in La Paz and met all the requirements for sustainability that he could have dreamt of. Fish are grown offshore in an immense cage, called an aquapod. Each fish has its own QR code, allowing restaurant clients to track the trajectory of the fish, from the hatchery to the plate, on the company’s website. But the selling point was that Earth Ocean Farms raised totoaba, an emblematic fish endemic of the Sea of Cortez, on the Mexican Endangered Species List since 1975. 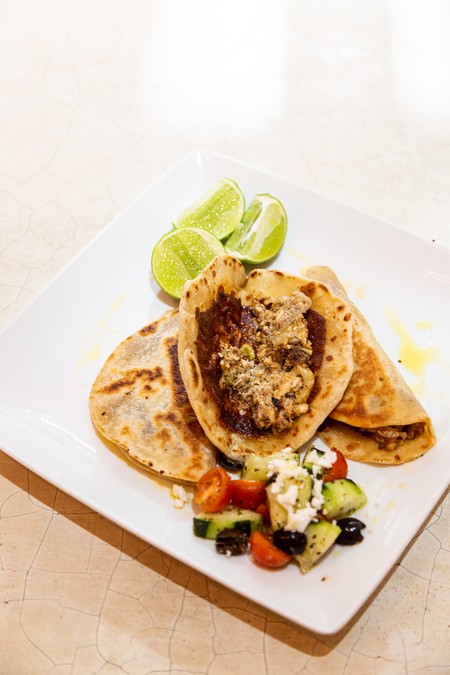 Despite the ban of totoaba fishing, the totoaba population is still diminishing because of illegal trafficking. Poachers value their swim bladders, which are internal gas-filled organs used to regulate buoyancy, called maws. Considered a delicacy by the Chinese, the maws, according to traditional Chinese medicine, allegedly help kidney function and improve skin quality – they can reach USD$10,000/kg on the Chinese black market. As the profits are large and the risk is low, the criminal organizations of Mexico took over the market around 2012 and armed local fishermen with motors and nets. Unfortunately these illegal nets are not only trapping totoabas but also whales, sharks, turtles and other by-catch, leading to an ecocide. The vaquita, a small river porpoise originally from the Colorado River, was already on the brink of extinction and, thanks to the nets, is now nearly extinct. 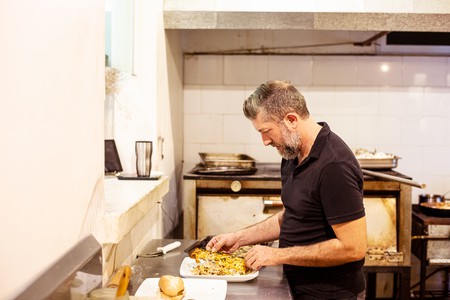 Thanks to Earth Ocean Farms, the totoaba fish have the potential to become more abundant. As Christian tried to align local fisheries against poaching while he worked for NOS, he still looked for ways to bring this fish back onto local menus in an ethical way. To be able to offer a sustainable totoaba on his table, which causes no impact on the environment nor resulting by-catch, is proof that things can change for the better.“There is the bad story of the totoaba,” he says. “I wanted to tell the good one.”