The History of Museo Frida Kahlo in 1 Minute 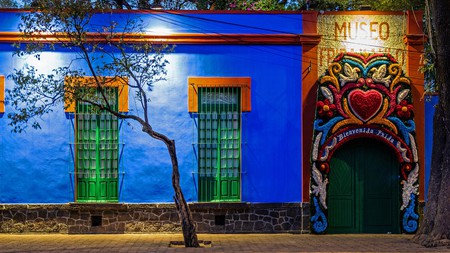 The former home of Frida Kahlo has been converted into a museum dedicated to the painter's life and work | © R.M. Nunes / Alamy Stock Photo

Museo Frida Kahlo was once the permanent residence of Mexico’s most famed artist and pop culture icon, Frida Kahlo. Home to numerous Kahlo artworks as well as pieces by her husband, Mexican muralist Diego Rivera, the building colloquially known as La Casa Azul (The Blue House) is now one of the most-visited and important museums in Mexico City.

Experience Kahlo’s colourful paintings up close with Culture Trip’s five-day Mexico City tour which includes a visit to Casa Azul, where she lived. 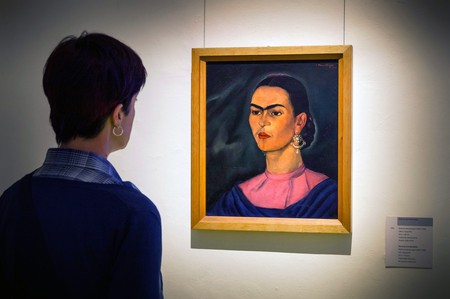 It seems appropriate that Frida Kahlo resided here in the Colonia del Carmen area of Coyoacán, given the intellectual and artistic reputation of the neighborhood, which was also home to Octavio Paz and Hollywood star Dolores del Río during the 1920s. La Casa Azul, constructed in 1904 by Kahlo’s German father Wilhelm, has a colonial layout and plain outer facades that were once more decoratively French in appearance. The central courtyard, now dominated by cacti, statues, lush greenery and the odd cat, is contained fully by the walls of the house. This was not always the case – Rivera built the fourth enclosing wall of the courtyard from volcanic rock. 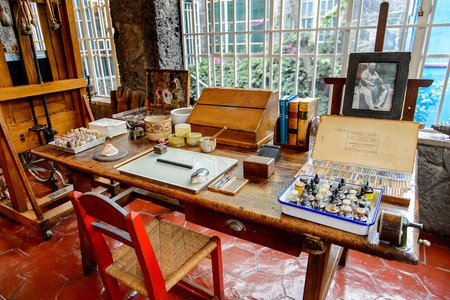 La Casa Azul was Frida Kahlo’s place of birth and death, as well as a home to both her and Rivera throughout their rocky marriage. However, they are by no means the only famous residents of this striking edifice; known for their Communist leanings, the couple invited Leon Trotsky and his wife to stay in the house after they were granted political asylum in Mexico. For two years, the couple inhabited La Casa Azul, and Trotsky’s possessions are still on display at the museum today. Visitors to the house also include Chavela Vargas, legendary Mexican film star María Félix and political activist Concha Michel. 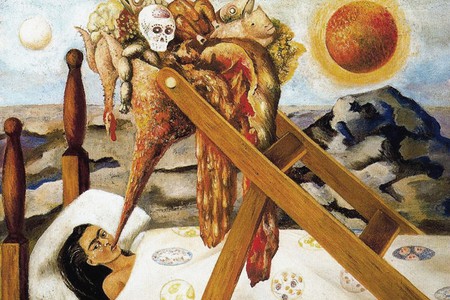 Mexican icon Kahlo is known for her self portraits, including her 1945 piece ‘Sin Esperanza’ (Without Hope) | © The Artchives / Alamy Stock Photo

In 1958, Rivera donated the home and everything inside it, converting it into the Museo Frida Kahlo we see today. The house remains in almost exactly the same state and layout as it was left at around the time of Frida’s death in 1954. Some of the items on display across the house’s 10 rooms include her artworks, such as Viva la Vida, Frida y la Césarea and Retrato de mi Familia, as well as photographs of her, pieces by Rivera and some of their vast collection of Mexican folk art and pre-Hispanic artifacts. Jewelry and her trademark Tehuana-style dresses are also on display, along with personal correspondence and artworks by José María Velasco and Celia Calderón Orozco. With a monthly tally of around 25,000 visitors, it is Coyoacán’s most visited and iconic destinations – making it a key landmark for those coming to Mexico City.