Here's Why You Should Trek Through Barrancas del Cobre, Mexico At least Once in Your Lifetime 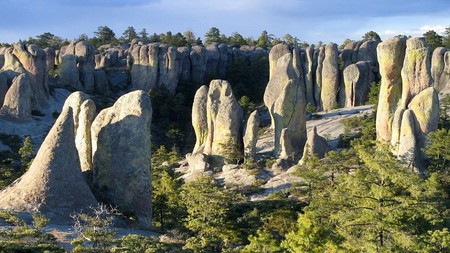 Mexico’s Copper Canyon train takes passengers through kilometers and kilometers of breathtaking countryside and winds its way through mountain passes and deep ravines. All the while el Chepe, as the train is affectionately called, gives tourists an up-close look at the astounding landscape. Here are a few things you will miss if you don’t go at least once in your life. 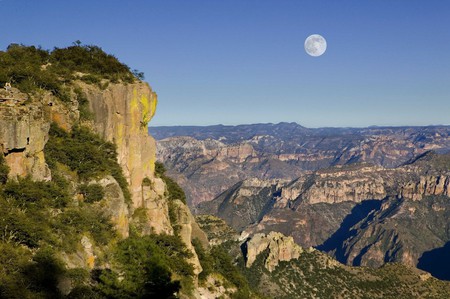 At 655 kilometers long, Mexico’s Barrranca de Cobre (Copper Canyon) train is an engineering marvel, weaving its way through mountainous peaks and valleys, rugged farmland and the Mexican desert. The route’s 36 tunnels and 87 bridges take passengers through a range of climates from hot and humid in the bottom of valleys to wintry cold on mountain peaks. The train hugs the sides of precipitous cliffs and dips and soars over incredibly varied landscapes, making its creation a modern feat of engineering.

The train was inaugurated in 1961 and was an important part of Mexico’s plan to connect its western coast with the dry interior of its northeast. The train runs from the capital of the state of Chihuahua, to a town called Los Mochis on the western coast. Two classes of tickets are available, one, primera express with a restaurant, bar and reclining seats and another, clase economica, which takes about two hours longer than the express and has a small snack bar and food sold by vendors (both classes have air conditioning and heat). The clase economica is about half the price and is used by the hundreds of locals who use the train each day. 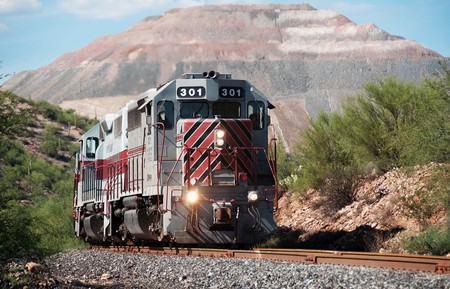 The rugged terrain of the string of 20 canyons along the train’s route has been inhabited by the Tarahumara peoples for centuries. They lived in cave dwellings and hunted and gathered, becoming famous for their incredible speed (Rarámuri, as they call themselves, means “those who run fast”) most often employed in chasing down animal prey.

These days you will find the Tarahumara Indians at most of the trains stations and spots along the route, selling baskets and other indigenous crafts to tourists. Their way of life, but more importantly their very existence, has been threatened by the encroachment of development, narco-trafficking and natural degradation, so supporting their commercial endeavors is a vital way of helping them survive. 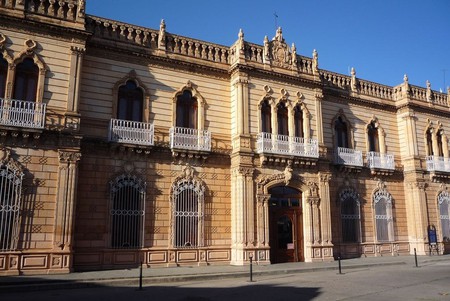 Several small towns along the route are good stopping off points as you take el Chepe, across three Mexican states. The way to truly enjoy the incredible landscape of the Copper Canyon is to take your time and stretch the 14-hour trip over several days to really take in the breathtaking landscape. These days many tour companies will arrange package deals for you and set up all your accommodations in advance. However, it’s just as easy to organize your trip yourself.

Towns like El Fuerte, Cerocahui, Urique, Posada Barrancas and Creel are all good places along the route to stop for a night or two and take in some of the natural wonders around you. You can hike down into the surrounding canyons on your own (although guidebooks warn that you are better off with a guide), or rent mountain bikes or horses to make your trip quicker. Just outside of the town of Creel there are also hot springs and waterfalls. In most towns you will find local markets where you can purchase handmade crafts and a wide range of accommodations – with Creel, Urique and El Fuerte offering the greatest number.

Let the train take the strain

There are not many places left in the Americas where you can still take picturesque scenic train trips (although a new fervor about trains is starting to gain traction on this side of the world). The Copper Canyon is one of Mexico’s many natural wonders and therefore an important, but often overlooked part of understanding the make-up of the country.

The CHEPE is surprisingly comfortable and appropriate for travelers of all ages, whether you are a backpacker looking for adventure or a retiree who wants an easy ride and nice scenery. In between train cars are vestibules with open windows where you can take photos and interact with other travelers. If you have never taken a long passenger ride or never seen this part of the Mexican countryside this trip is an amazing opportunity to do both. 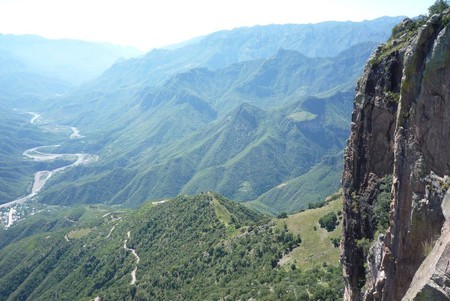 Vistas of the Copper Canyon | © Mihal / flickr
Give us feedback