Here are Some of Mexico’s Most Recent, Infamous Jailbreaks 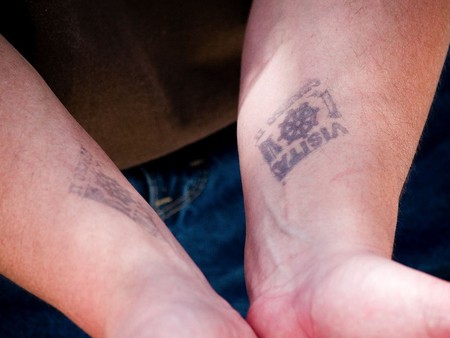 Mexico is, somewhat reluctantly, known for having a disproportionate number of jailbreaks each year, more often than not involving cartel kingpins and assorted gang members who managed to get themselves caught by the all too often corrupt police force in the first place.

Perhaps that latter issue explains why just so many prison escapes in Mexico are, for all intents and purposes, both allowed to happen in the first place and tolerated as just another ‘oops’ moment after the fact. But which daring escapes have been the most, for want of a better word, ‘iconic’? Obviously the infamous El Chapo will be making an appearance, but there’s plenty more jailbreak fodder to dive into too.

Take for example, the recent 2017 escape of 14 prisoners in Ciudad Victoria, Tamaulipas who somehow managed to Shawshank their way out of prison by way of an underground tunnel without anybody noticing until it was too late. Oh, and this escape also provoked a riot in the prison afterwards. Four of the escapees were said to be known members of criminal organisations, and this jailbreak was eventually put down to the outdated prison buildings themselves, as well as a lack of security measures. (Talk about blaming their tools…) 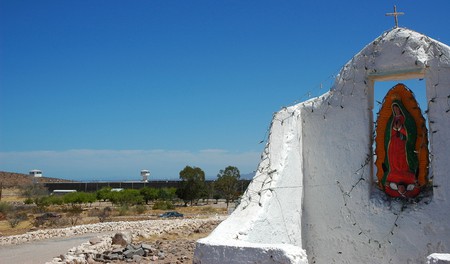 A shrine outside a prison in Baja California Sur, Mexico | © Wonderlane/ Flickr

In fact, Tamaulipas, one of Mexico’s most turbulent states, is the site of many a prison break, like the late 2010 effort in Nuevo Laredo during which over 150 inmates fled their prison confines, in collusion with prison guards and officials. Earlier in the year the state bore witness to another two mass prison escapes too, one in Reynosa, in which a ladder was used to ferry 85 prisoners over the walls and out to freedom, and another in Matamoros, during which 40 managed to flee. The following year, in 2011, another Reynosa prison break was instigated, this time using that oh-so-popular tunnel method. The prevalence of prison breaks in Tamaulipas may have much to do with the fact that the state’s Zeta Cartel is one of the most powerful in the country. In fact, there was even a famous escape in the state of Zacatecas involving a whopping 53 Zetas in 2009.

A situation similar to the aforementioned Nuevo Laredo escape occurred in 2012 too, in the nearby state of Coahuila, when another 130+ inmates (again, using an underground tunnel) made their way to freedom thanks to the help of prison workers. And Veracruz state saw a 2011 escape of 32 inmates from three separate prisons, Duport Ostion in Coatzacalcos, La Toma in Amatlán de los Reyes and Cosamaloapan.

However, no mention of infamous Mexican jailbreaks would be complete without touching on Joaquín ‘El Chapo’ Guzmán, perhaps the biggest name to have fled from the ‘watchful’ eye of Mexican prison guards in recent years. He made global headlines back in 2015, when he managed to escape from a supposedly high-security prison for not the first, but second time, and using another tunnel no less. (The first time round he took the rather more direct route of bribing officials to let him go free.)

More recently still, and after just two months in prison back in early 2017, Juan José Esparragoza Monzón, a.k.a. ‘El Negro’, the son of another kingpin on the Mexican drug cartel scene, ‘El Azul’, also weedled his way out of jail in Culiacán, Sinaloa. He was said to have worked for the Sinaloa Cartel for around 20 years.

So, while these all too frequent prison breaks, especially in Tamaulipas, bring plenty of embarrassment for the Mexican government, it looks like they’re unlikely to slow down anytime soon thanks to widespread corruption and the iron grip with which cartels have Mexico by the throat. Just another day in the so-called ‘drug war’.