Guide to Mexico's Cobá Ruins and the Best Cenotes Found Nearby 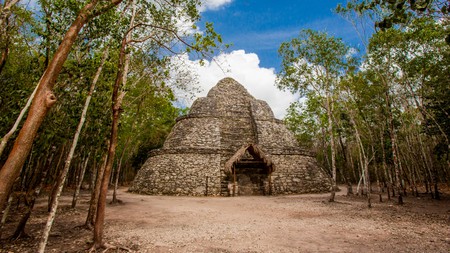 Explore the rich Mayan history of Mexico then take a soothing dip, safe in the knowledge this guide has given you all you need to know | © Laura Grier / robertharding / Alamy Stock Photo

Thousands flock to the Yucatán Peninsula in southern Mexico each year to visit the Mayan ruins of Chichén Itzá, Tulum and Uxmal. However, you can ditch the crowds and cycle down an ancient Mayan road and you’ll find the hidden Cobá – it’s the second-tallest temple pyramid in Yucatán, dating back more than 1,000 years. Highlights on the archaeological site include an ancient ball court and a stone stelae inscribed with hieroglyphs. Finish your day trip with a cool swim in a nearby, crystal-clear cenote, cavernous sinkholes cut deep into the limestone.

You can now book an exclusive adventure with Culture Trip to take in all these sights and more on a nine-day Yucatán Peninsula tour in Mexico. 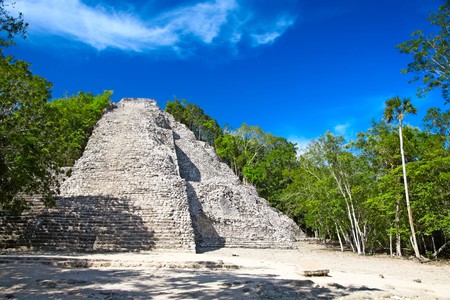 Who built the Cobá ruins?

Historians believe that the main Cobá pyramid, named Nohuch Mul, was constructed around 600CE by the Mayans. At its apex, Cobá was home to an estimated population of 50,000. Original settlers were drawn to the abundant water supply in the surrounding lakes and cenotes. Not only is Cobá one of the tallest temples in the region, but it’s also connected to the 50 limestone roads called sacbe that link the main ceremonial pyramids and radiate out to other Maya cities. Only a fraction of the 6,500 ruins in Cobá have been excavated, but archaeologists recently deciphered a series of hieroglyphic texts engraved on monumental stelae; they identify nine previous rulers, including a female named Lady Yopaat. Cobá lost political influence to Chichén Itzá around 700 CE, but building here still continued into the 14th century. 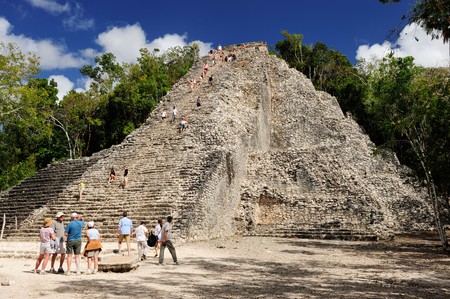 Most visitors head first to Nohuch Mul. You can no longer climb the 120 steps to the top of the 42m-high (138ft) pyramid, but it’s still impressive. Make sure to walk through the cool, corbel-vaulted tunnels by La Iglesia (The Church), another huge pyramid near the entrance.

The sprawling Cobá archaeological site is open from 9am to 5pm with last entry being at 3pm. A great way to reach the main Nohuch Mul pyramid is by bicycle, situated 2km (1.2mi) from the entrance. Alternatively, hop into a two-seater Tricitaxi rickshaw and let somebody else do the peddling.

What to bring with you

It’s hot and humid in Cobá, so take sunscreen and a hat, and try to visit in the early morning or late afternoon. Wear a good pair of trainers or trekking sandals as there’s plenty of uneven ground. You can’t bring in food but can take water. Don’t forget your bug spray, and bring a bathing costume if you plan to swim in one of the nearby cenotes afterwards.

Cobá has become very popular and can fill up with tour groups from Tulum, Playa del Carmen and Cancún by 11am, so it’s best to arrive early if you want to both beat the heat and have the ruins to yourself. Avoid Sundays; that’s when local residents get free entry and the site is packed.

The Yucatán is hot all year round with a dry season from November to May and a rainy season from June to October. Surrounded by dense forest, it can rain any time in Cobá but short downpours can bring welcome relief from the humidity. 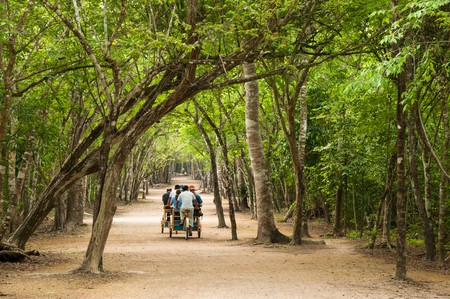 How to get to the Cobá ruins

The Cobá ruins are approximately 47km (29mi) from Tulum, 109km (68mi) from Playa del Carmen and 150km (93mi) from Cancún. Roads are good and renting a car to visit gives you the freedom to stop and explore on the way. ADO buses run to the site from Cancún, Playa del Carmen or Tulum, or you can splash out and take a taxi. Booking a guided tour is the easiest option and will include extra activities, such as visiting local Maya communities to see traditional thatched houses and try locally produced honey or chocolate.

Best cenotes near the Cobá ruins

After a hot day visiting the Cobá archaeological site, there is no better way to cool off than slipping into the fresh, invigorating waters of a cavernous sinkhole, or cenote.

Choo-Ha is the first cenote you reach from Cobá and is popular with families because of the shallow areas where you can stand. Tamcach-Ha has an impressive ceiling of stalactites, plus it’s a favourite with snorkelers due to the deeper water. Multun-Ha is 3km (1.9mi) further away; it may be the least-visited cenote but it’s great for snorkeling and has a hole in the ceiling that lets in ethereal light. 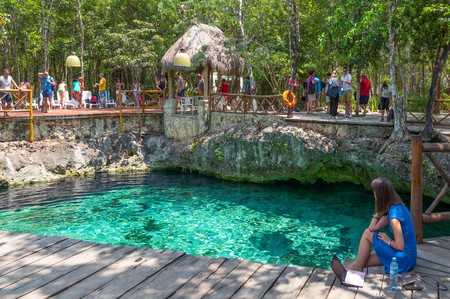