A Guide To Plazas In Mexico City 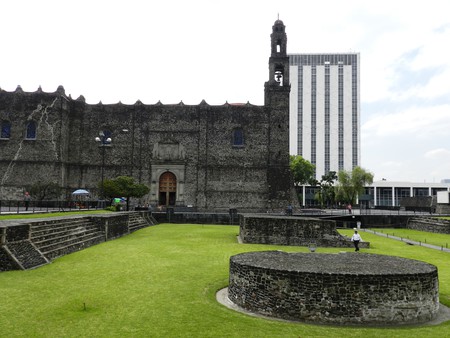 Mexico City, like the country as a whole, is awash with plazas. These communal gathering places are often ringed with swanky restaurants, street vendors selling comfortingly greasy tacos or quesadillas and families enjoying the atmosphere. You can find any number of plazas to suit what you’re looking for, from those which are packed with people and always have something going on, to more tranquil affairs. Here’s our guide to Mexico City plazas that’s got all bases covered.

Plaza de la Constitución is infinitely better known as the zócalo and is undoubtedly Mexico City’s most famous and most frequented plaza. Located smack bang in the middle of the historic centre, it’s bordered on all sides by historically fascinating buildings. Check out the Palacio Nacional, the Metropolitan Cathedral or even the Old Portal de Mercederes. It’s biggest annual event is Independence Day, when the president gives the cry of independence from the palace balcony, but year round you can find events and festivals taking place on the open expanse of this plaza. 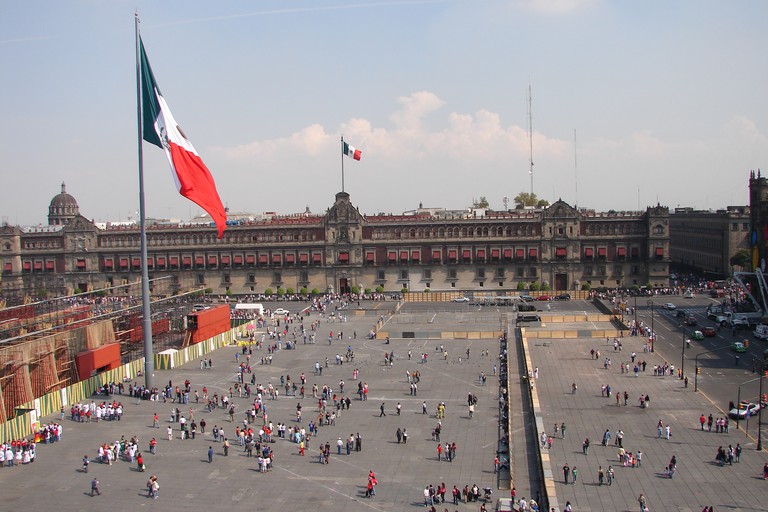 A vibrant atmosphere and plenty of people are almost guaranteed anywhere you go in Coyoacán and Plaza Hidalgo/ Jardín Cenetario is almost certainly the best known gathering place in this neighbourhood. The complete opposite to the zócalo in terms of appearance, it’s filled with trees and benches so you can take advantage of the patches of shade in the midday heat. Plus, it all circles around the iconic Fuente de los Coyotes (Coyote Fountain) for which Coyacán – meaning ‘place of coyotes’ in Nahuatl – is named. 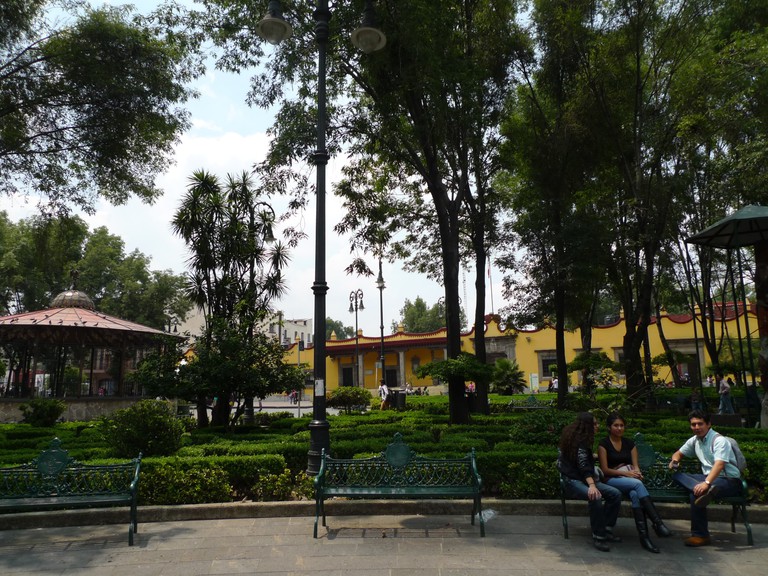 Located in La Roma, Plaza Río de Janeiro offers a tranquil resting space in the midst of what is a popular and lively neighbourhood. Most well-known for its replica of Michelangelo’s David sculpture in the central fountain, it’s also surrounded by many of the notable art deco buildings which La Roma plays host to. One of the most noteworthy is the building situated on the corner of the plaza and colloquially known as Casa de las Brujas for its witchy appearance. Look out for it next time you’re in the area. 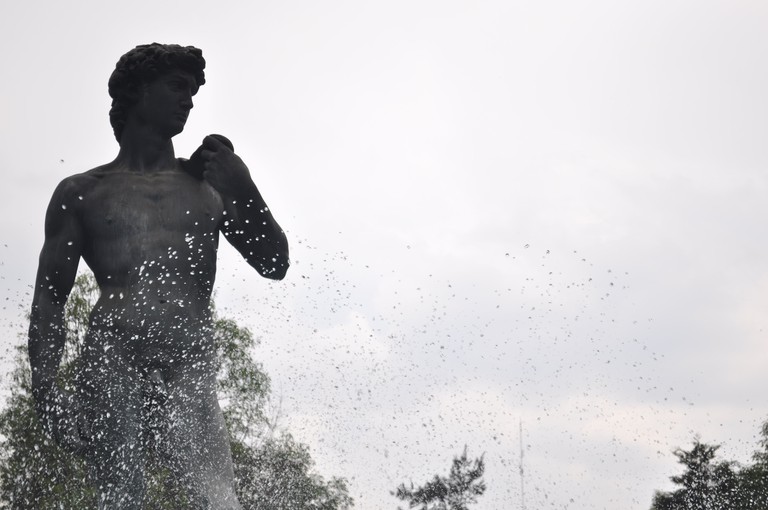 Music lovers need to head to Plaza Garibaldi (twinned with Plaza Real in Barcelona, Spain), as it offers all manner of delightful live acts. Most famous for the presence of mariachis (many people still go there to hunt down the mariachi group they want for their next birthday party), there are often also groups from the north or Veracruz performing for the onlookers, typically wearing traditional dress. Known for being a hub of predominantly Jalisco cuisine and culture, you can complete the experience at Plaza Garibaldi by stopping by Tenampa, a cantina located next to the plaza, and having a tequilito. 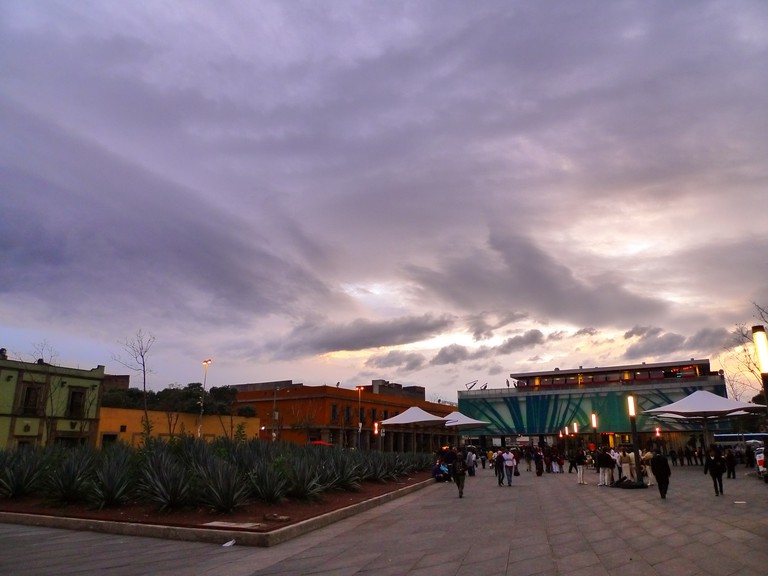 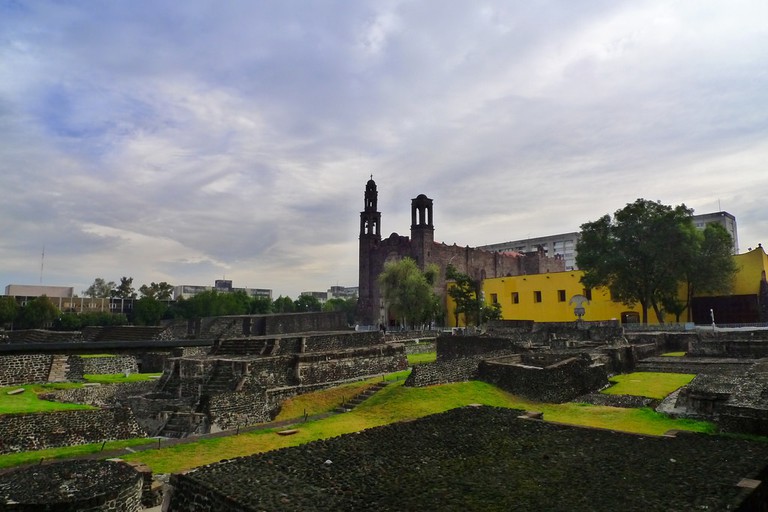 Plaza de las Tres Culturas | © Nacho Pintos/Flickr
Named Plaza de las Tres Culturas for the three historically distinct architectural styles that come together to create it, this plaza is situated in Tlatelolco. What are the cultures? Firstly, there are pyramids and pre-Hispanic ruins hailing from Tenochtitlán, the ancient Aztec empire. Secondly, the colonial Templo de Santiago demonstrates the Spanish Conquistador’s influence on the plaza. The third culture represented is modern day Mexico, and this comes in the shape of the Torre de Tlatelolco. This torre currently hosts UNAM’s Memorial 68, a memorial to those killed here during the Tlatelolco Massacre of 1968.
Open In Google Maps
S/N Eje Central Lázaro Cárdenas, Tlatelolco Ciudad de México, Ciudad de México, 6900, Mexico
Visit Website
Give us feedback

Situated within the boundaries of the Aztec archaeological site of the Templo Mayor, Plaza Manuel Gamio is a delightful plaza in the historic centre of the city and was named for the archaeologist and leading anthropologist Manuel Gamio. Filled with street vendors, and also bordering the spectacular Metropolitan Cathedral, it offers a slice of greenery in the centre of the city. In 2009, archaeologists found more Aztec remains beneath this plaza, including human skulls with holes in their temples! 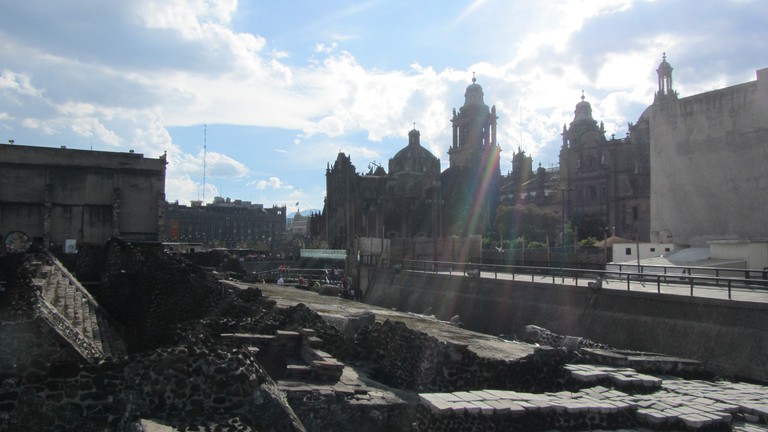 Plaza Juan José Baz is also known as La Aguilita (The Little Eagle), which perhaps gives those familiar with Mexican history some clue as to why it’s a plaza worth visiting. Situated in Mexico City’s Merced neighborhood, legend has it that this plaza was the site upon which the Aztecs spotted an eagle eating a serpent. This iconic scene told them this was the place to develop their empire – Tenochtitlán – and would also later find fame as the image used on the Mexican flag. You can still find this emblematic Mexican symbol in Plaza Juan José Baz, albeit in the form of a statue. 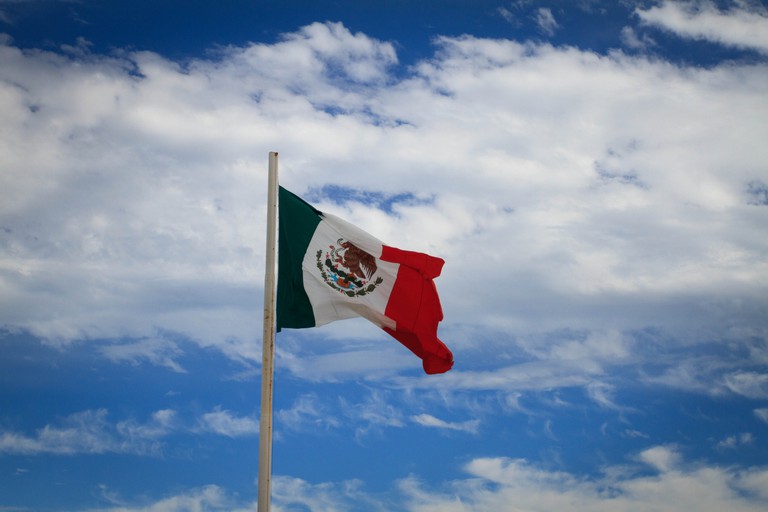 The host of a weekly bazaar, every Saturday this plaza throngs with people looking to do some shopping. Known as the Bazar Sábado, it serves as the perfect reason to stop by this square. You can even buy Carla Fernández clothing there. If you prefer something a little more tranquil, you can pop down the road to the 16th century Iglesia de San Jacinto and enjoy the gardens. Similarly, the Museo Casa del Risco is well worth a visit and has a gorgeously tiled fountain in the courtyard as well as heaps of Mexican baroque artwork. 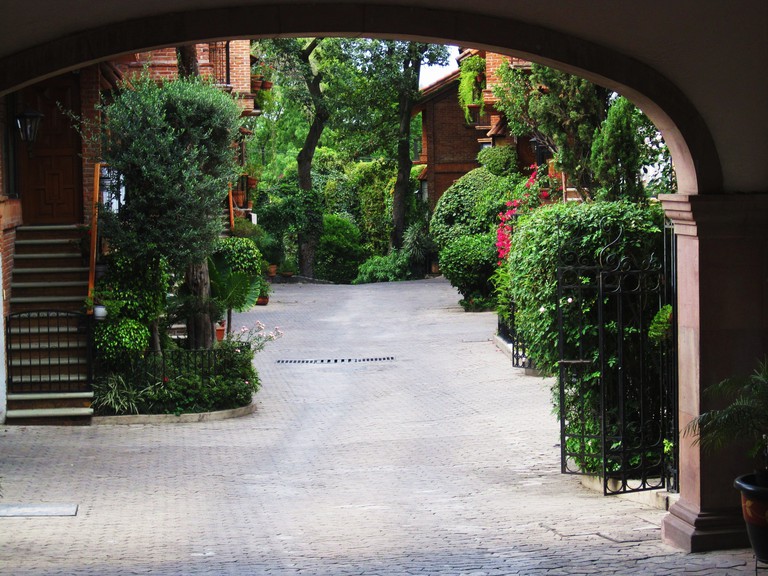 Situated as the name suggests in La Roma, Plaza Romita is a tranquil plaza that found fame when Luis Buñuel chose it as the backdrop to some scenes from his notable 1950 film Los Olvidados. A must-visit for fans of the movie, it also serves as a quiet plaza to escape from the hustle and bustle of the city in one of the nicest neighborhoods the centre has to offer.