While Like Water for Chocolate is Laura Esquivel’s best-known work, the author herself is not very well known. When teaching kindergarten in Mexico City in the 1970s and 1980s, Esquivel looked for creative and innovative ways to engage her students. Unable to find the kind of material she was interested in, she began producing her own: authoring plays for her students to read and perform, and later, writing children’s shows for Spanish public television. From those early experimental works, she moved on to write screenplays, one of which eventually became her first novel, the celebrated Like Water for Chocolate (1989). 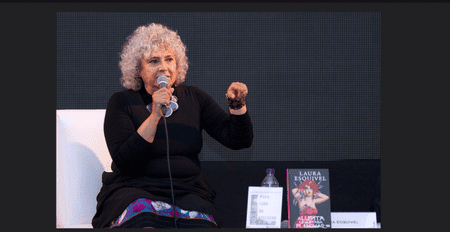 Almost a decade before the rise of the e-reader, Esquivel was merging media formats. Her second novel, The Law of Love (1996) was a combination of text, visual artwork, and music. The 270 page tome tells a spiritually-infused love story that spans over 800 years, and is accompanied by mix of African-influenced Spanish dance music and Italian opera, as well as 48 pages of full-color artwork by Spanish artist Miguelano Prado. Esquivel’s multimedia vision—uncommon in publishing at the time—was met with both praise and skepticism about whether or not the book would sell. It did, and quickly became Esquivel’s second bestseller. 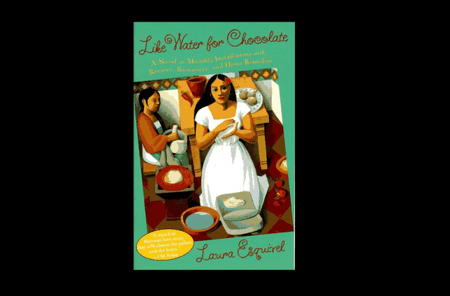 When asked if there are lessons she hopes to teach through her novels, Esquivel’s answer is unequivocally yes. “I was a love child,” Esquivel said in a 1996 interview, explaining the early origins of her unique teaching philosophy and artistic inspirations. As a teenager she began exploring meditation and Eastern spirituality, also committing to a vegetarian diet and becoming an avid spokeswoman for what she describes as “the law of love.” As a teacher, she has come to believe the most important lessons—self-realization, personal truth, love—cannot necessarily be taught in a classroom. She advocates for expansive, nontraditional learning environments, and encourages the pursuit of a higher truth through rebellion against social norms.

In the spring of 2009, Esquivel launched her campaign for local deputy of the Coyoacan neighborhood district, in Mexico City. Running as a candidate for the Party of the Democratic Revolution, Esquivel’s mission was to preserve the quality of her residential district—a quiet and artistic community that was becoming increasingly more affected by the crime and violence common to other parts of Mexico City. Touting the idea that as a writer and an artist she could offer an underrepresented, outside-the-box approach to addressing her city’s problems, Esquivel ran a successful campaign. After resolving some early inconsistencies when the votes were totaled, Esquivel ultimately achieved victory in the elections, proving that her unique genius extends well beyond literature. 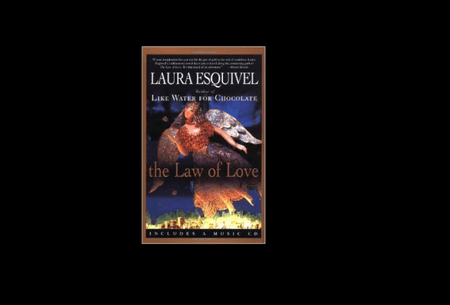 the Law of Love | © The Publisher/Wikipedia

While all of Esquivel’s novels explore overarching themes of love, and often hunger, her writing also expands beyond the traditional, literary genre. Esquivel’s novels and screenplays always include some elements of magical realism, science fiction or mythology. Her writing has been compared to that of the world-renowned Gabríel Garcia Márquez and Isabelle Allende—two writers who share her talent for merging genres. It’s a bold tactic, but a tactic that both readers and moviegoers seem to love. Like Water for Chocolate has sold over 4.5 million copies, and the on-screen adaptation is one of the most popular international films ever released. Her subsequent novels: The Law of Love, Swift as Desire and Malinche were met with similar acclaim.

Beyond the success story, Laura Esquivel was a teacher who worked since the early days of her career to innovate education strategies, an artist unafraid to venture beyond the norm in order to achieve her creative visions, and now, a writer whose fans and critics alike are surely anticipating what great scheme she’ll cook up next.