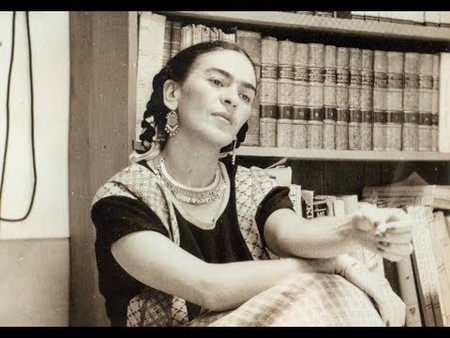 It is difficult to separate Frida Kahlo from her work. Resulting from an amalgam of events, this early 20th century Mexican artist was often misunderstood due to the fact that most of her paintings were autobiographical, highly painful, and explicit. With her rise in popularity it has become difficult to untangle the public image she nurtured of herself and who she actually was. ‘Fridamania,’ refers to the celebrity and cult-like status she and others nurtured, and it is clear that she is an archetype in which life and artwork become inseparable. In her cultural persona, Frida extended the history of Mexico into her art, thus building a patrimony of cultural ideals, artistic techniques, and social values that are today important for her country and the art she created.

Frida Kahlo was born in 1907, three years before the Mexican revolution exploded. However, she purposely changed her birth date to 1910 to be able to say that she ‘was a child of the revolution.’ During her student years, Kahlo joined an active group of young intellectuals that were to make history in the Mexican intellectual sphere. It was a time when political and intellectual figures appeared frequently; mediocrity was not a choice. Mexico was being built by well educated people with a better perspective for their country. The hope for a special and consolidated culture was high; a culture that reflected greatness, collectivity and unification. Born in the midst of these ideals, Frida Kahlo simultaneously reflects and transcends this central event for early 20th century Mexico; she portrays it in her images as suffering and destruction but also as joy, rebirth and irony. 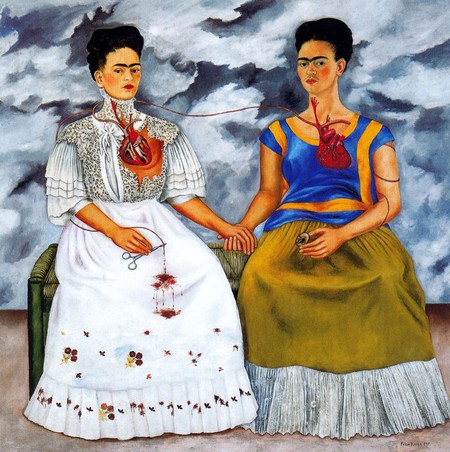 People have always needed myths. Simple stories with compelling characters and thrilling plots. In this way, myths help us make sense of the world, they provide ideals to live by, and sometimes help resolve life’s most perplexing questions. Icons or celebrities are encapsulated myths. They are powerful because they deliver myths to us in a tangible and personal form, thereby making them more accessible. Art history and critics have usually valued artists through their personalities rather than solely their work. ‘The romantic ideal of the troubled, bohemian artist who flouts the norms of society‘, is usually a trait shared by many painters that we consider great and talented. ‘Implicit is the notion that an extraordinary artist must suffer to experience the deep emotion that infuses their art.’ The story of great artists is that they suffer during their lives and then their art is recognized as outstanding after their death. Frida is the perfect candidate for this plot.

Frida Kahlo, indeed, had a horrific life-story. Biographer, Stephanie Mencimer describes Kahlo’s life-changing accident: ‘when she was 18, she was riding a bus in Mexico City when it was struck by a trolley car. A metal handrail pierced her abdomen; her spinal column was broken in three places. No one thought she would live, nor walk again.’ This injury had a transformative effect throughout her life. It prevented her from walking properly and from becoming a mother– a circumstance that severely traumatized her. Wrapped in a whole-body plaster cast, Kahlo began to paint lying in bed with the support of a special frame and the aid of a mirror above her bed. This was when ‘Kahlo began painting her trademark subject: herself.’ Of the totality of her paintings about 80 percent were self-portraits. As she later explained, ‘I paint myself because I am so often alone, because I am the subject I know best.’ Her suffering continued until her early death at the age of 47. Her life of continuous tragedy has led to one of the most fascinating and alluring dramatic narratives of the troubled artist, par excellence – triggering at the same time, the fanaticism around Frida Kahlo’s life. 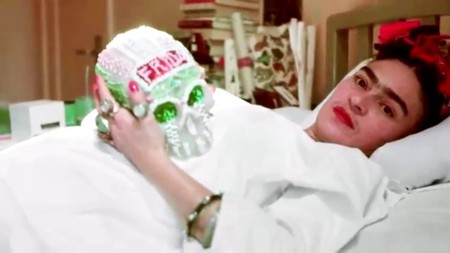 Fridamania did not only surge as a result of her first biopic, starring Ofelia Medina. Her popularity is due to several other elements, such as the first biographical book written by art critic, Raquel Tibol, the discovery of her belongings at the time of the ‘hippie movement,’ and Kahlo’s remarkable contribution to universal art through her radical approach in the portrayal of women. The traditional representation of women was deterred by Kahlo’s capacity to depict reality in a shocking way. This revolutionary approach to the representation of women in visual art was even recognized by leading art critic, Gloria Orenstein. Kahlo offers and adds a distinct vision to taboo subjects, such as maternity, sexuality and the social position of women. Therefore, Kahlo’s rise in popularity is partly due to her courageous attitude in a time when society was powerfully traditional and conservative, as well as a spiking demand for Latin-American art during the 1980s in New York. 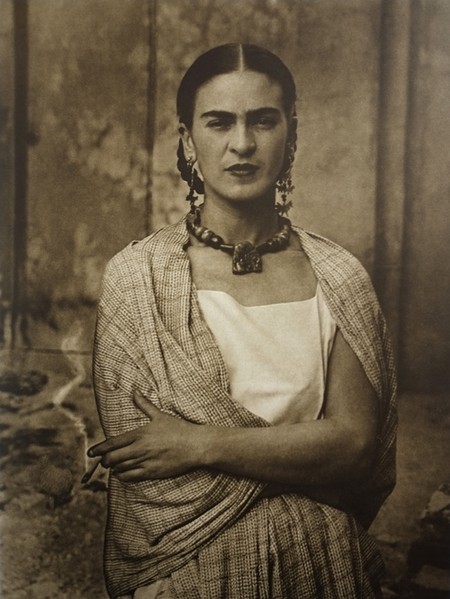 During that time, the interest for peripheral art rose, and as myth has always been an essential characteristic of famous artists, Kahlo’s potential to be marketable was extremely high. This is partly due to her multifaceted character and legendary life: her pain, her clothes, her sexual freedom, her emancipation of gender roles, her art, her obsession with motherhood, her political involvement and her unconditional love for Diego Rivera. These are all the ideal elements to create a trend, a phenomenon and even a religion around one of today’s most intriguing artists.