Forget the Capital, Here's Why People Are Flocking to This Affordable Mexican City 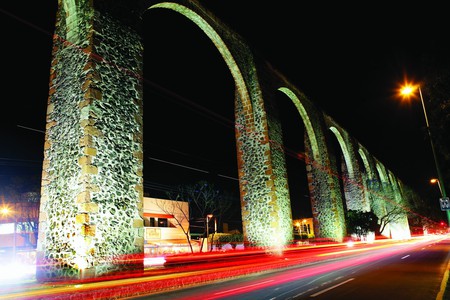 Only a few hours by car from the hustle and bustle of Mexico City, Querétaro has a beautiful colonial center, and a lively cultural and arts scene. A cost-effective option for expats, the city has also become increasingly popular with Mexicans in recent years, with many young people forced out of the capital by sky-high rents. Here’s why Querétaro’s star has risen in recent years.

The capital of the surrounding state that bears its name, Querétaro has always been considered the cultural heart of the region. The city’s historic center, a UNESCO World Heritage Site, is renowned for its splendid colonial architecture, which ranges from Baroque to Neoclassical styles. Queretaro’s central plazas are linked by a network of pedestrian walkways, lined with pleasant restaurants and shops. 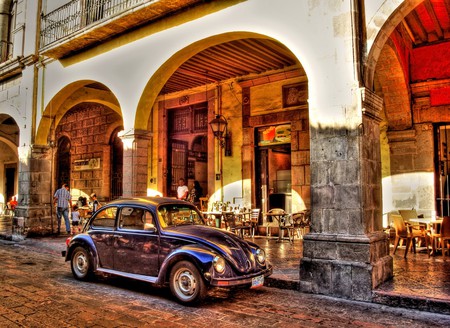 The Jardín Zenea is one of the most attractive city squares in Mexico, and the Templo de San Francisco in the southeast corner of the plaza is one of its most elegant churches. Querétaro is also famous for its elegant aqueduct, which is no longer in use, but is still well-preserved. Built in the 16th century, the emblematic aqueduct has 74 lofty stone arches that once transported water to the city.

Yet Querétaro is noticeably lower-key than nearby colonial towns such as Guanajuato and San Miguel de Allende. Both these destinations are startlingly beautiful, and as such, both are overrun with tourists and foreign expats. Querétaro, in contrast, is a much more livable city, with a local economy that does not depend on tourism. 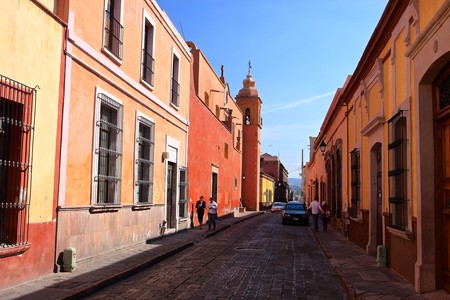 Querétaro is noted for its vibrant cultural scene and in recent years, artists have flooded into the area from other parts of Mexico, especially the capital. Its plazas are filled with street musicians and performers and its narrow alleys are adorned with outdoor sculptures. Querétaro’s Museo de Arte is situated in a 16th century baroque monastery and boasts a splendid range of Spanish and Mexican paintings.

El Teatro de la República is another of the city’s cultural centers. The theater is currently the seat of the state’s philharmonic orchestra and has also staged a number of key historic events. In 1854, the National Anthem was performed in the venue for the first time. The theater also hosted the congress that shaped the 1917 Constitution. 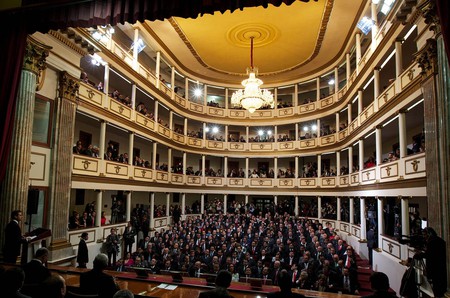 As well as being close to Mexico City, the state of Querétaro is also home to a wide range of natural wonders. The Sierra Gorda Biosphere Reserve in the northern portion of the state boasts an impressive mountain range, caves, waterfalls and dense forests. To the east of the state capital are two beautiful getaways, both designated as “Magic Towns” by Mexico’s Tourist Board.

Bernal is a tiny colorful village at the foot of a majestic stone monolith, while the even smaller village of Tequisquiapan boasts mineral spas and picturesque cobbled streets. 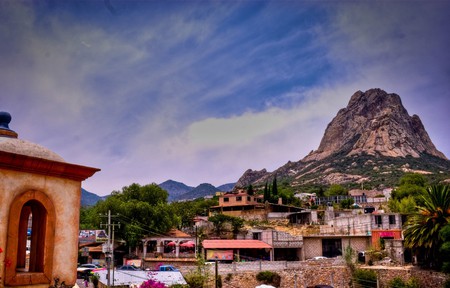