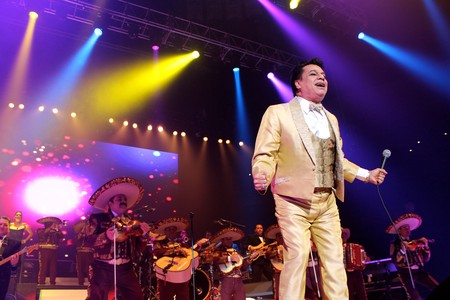 Mexico lost a leading figure from its music scene on August 28th, with the unexpected death of Juan Gabriel, known colloquially as Juanga or El Divo de Juárez. Born in 1950 as the youngest of ten siblings, Mexico’s most successful recording artist suffered a fatal heart attack while on tour in Santa Monica, California. He’s survived by his sons and grandchildren, as well as an impressive musical legacy that will long live on across Mexico and Latin America. 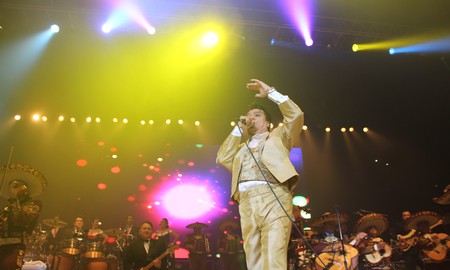 One of Latin America’s most popular and successful singers, Juan Gabriel was the stage name this vivacious performer – real name Alberto Aguilera Valadez – used throughout the entirety of his illustrious career. Well-known for his flamboyant stage presence and style, including a coiffed hairdo and decadent, sparkly suits, he was widely assumed to be gay, yet became a beloved figure of adoration in a notoriously homophobic society. Loved by all, from the young to the old, the appeal of his eclectic musical roster – he recorded mariachi, pop, rock and romantic ballads over the course of his 45-year career – spanned the decades and the generations. One of his most popular songs is the chart-topping hit Querida, which reigned for a full year in Mexico. However, he’s equally well known for songs such as Hasta Te Conocí, Amor Eterno, Así Fue and Abrázame Muy Fuerte (with Laura Pausini), rejecting the potentially even huger commercial success he could have had, were he to have recorded in English.

He’s survived by his sons and grandchildren, although his memory will long live on in his home country and across all of Latin America. Here are just some of the fans who paid tribute to him on social media.

"His spirit will live on…in the hearts of the fans who love him" —@POTUS on Mexican musician #JuanGabriel: pic.twitter.com/355XTv2Hq2

In Mexico City, the Palacio De Bellas Artes will play host to a tribute to Juanga on Monday September 5th. This iconic institution was the site of a performance in 1990 by Juan Gabriel that marked a huge break with tradition; previously, only classical musicians performed there, but such was his popularity and mass appeal that he went on to perform three sold-out concerts.