Everything You Need to Know About Santa Muerte 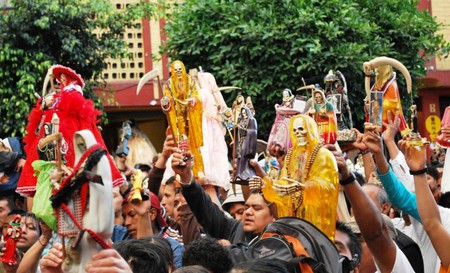 Death comes for us all, for some as a shadow waiting to snatch our souls, for others an angel come down from heaven to carry us home. In every culture across the globe there is some reference or myth about death personified. The image of death is represented as a grim reaper, a keeper of the underworld, a faceless phantom, and, in Mexico, it’s la Santa Muerte. 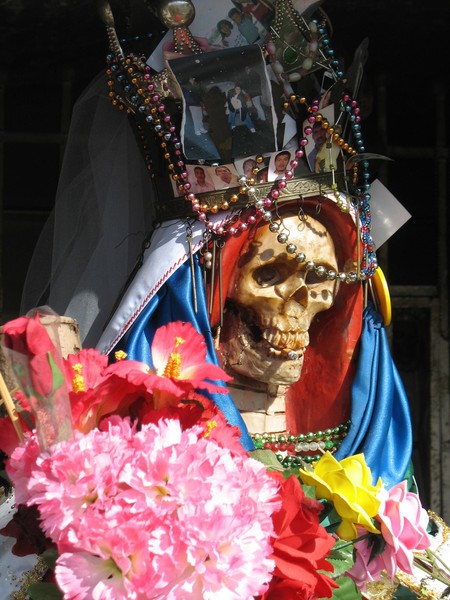 Despite the Catholic Church and the Mexican government’s official rejection of the Santa Muerte (the Saint of Death) cult in Mexico, there’s no denying the popularity and fervor of her followers. The deadly saint is sometimes depicted as a man, but in Mexico you will most likely find her as a female entity. A skeletal figure, Santa Muerte is not to be confused with the popular Mexican image of the Catrina – a personification of the indigenous Mexicans who wanted to adopt European styles, an image first drawn by Jose Guadalupe Posada.

Mexico has a particular affection for the Virgin of Guadalupe – her cult of worship far outpaces that of all other Catholic saints and maybe even Christ himself. So it makes some sense that the Mexican saint of death would be a woman. This country also has a long-held tradition of celebrating the dead and convening with them during the annual Day of the Dead festivities. Mexicans see the Dia de Muertos as a time to invite the dead to return to the living and celebrate the life they once lived with those they have left behind.

This tradition dates back to before Spanish colonization, when the indigenous tribes of Mexico practiced a strong death cult, believing in various gods and goddesses of the underworld and the dead and spending their summer months carrying out similiar Day of the Dead-like rituals, like setting up altars to the deceased, eating special food and celebrating with music and dancing.

The Santa Muerte has grown in popularity from the 1990s until today, when the situation of everyday Mexican people has been complicated by drug trafficking violence, poverty and the grind of making their way in a society that is not always kind to its lowest classes. That’s part of her appeal for Mexico’s poorest and most working-class residents.

Up until July 1st, 2016, a monthly rosary was held for the Santa Muerte at a street altar in Tepito, one of Mexico City’s roughest central neighborhoods. The rosary took place at an altar tended to by the Romero family on Alfarería street, but was canceled by its hostess when her husband was shot and killed in front of the altar on June 7th, 2016. But the believers still come: to pray for la Santisima to cure their ails, solve their problems, and protect their children. They are warned not to make promises to Santa Muerte that they cannot keep or risk feeling her wrath. 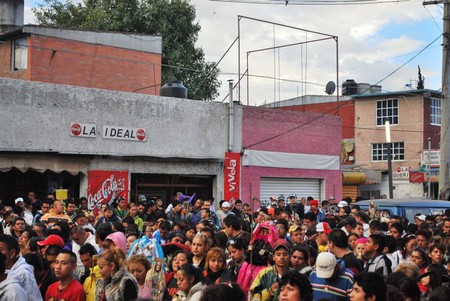 Other altars can be found throughout Mexico City‘s Centro Historico where believers leave red apples, alcohol, tobacco, flowers and candles as offerings to la flaquita (“the skinny one”), as she is sometimes called.

Across the country you will find variations of the Santa Muerte cult, in particular in the states of Veracruz and Hidalgo. Most believers have a Santa Muerte figurine in their homes which they decorate, dress, talk and pray to – an important member of their family. The unspoken rules of the Santa Muerte cult include giving her the respect and deference she requires. Instead of being seen as a Satanic symbol in Mexico, the Santa Muerte is always under the leadership of God, as one of his workers, a necessary part of every human’s life cycle and a saint who’s acquaintance we all must make. 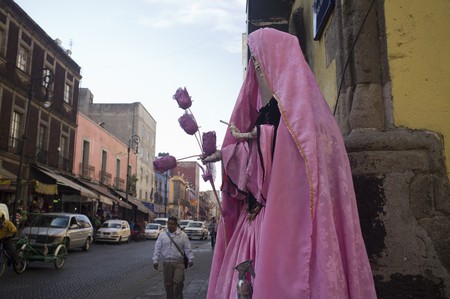