Everything You Need To Know About Mexico’s Incredible ‘Hidden Beach’ 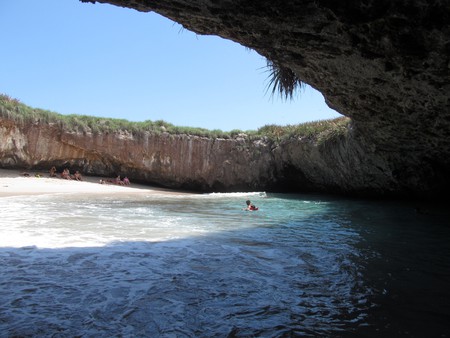 Perhaps one of the worst-kept secrets in international tourism, Mexico’s stunning ‘hidden beach’, which forms part of the Islas Marietas, is situated just off the coast of the Riviera Nayarit. Despite recent controversy and temporary closure, the islands continue to make for one of the country’s most extraordinary destinations, and boast a wealth of flora, fauna and marine life. Here’s everything you need to know about this spectacular ‘hidden beach’.

Otherwise known as the Playa del Amor, the soft sand and clear aquamarine waters are more popularly referred to as the ‘hidden beach’, and while it’s tricky to reach, it’s even harder to say goodbye to! Invisible from the outside, no boats can make their way into the petite bay, so would-be visitors must hop into the water and swim under the rocks to reach their paradisiacal destination where only swimming and sunbathing is allowed.

The strange formation of the ‘hidden beach’ is said to be due to military explosives testing in the 1900s, which left several craters and caves on the islands. However, an outcry led by Jacques Cousteau in the 1960s put an end to this practice, along with any other harmful human intervention. 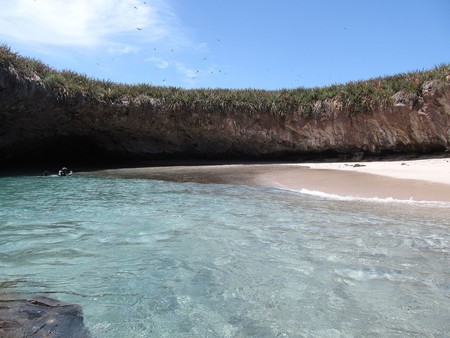 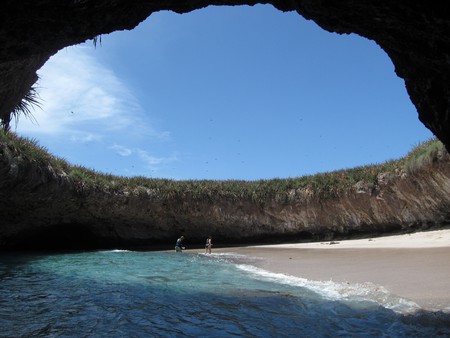 While the ‘hidden beach’ of the Islas Marietas grabs all the attention, this uninhabited archipelago (chain of islands formed by underwater volcanic eruptions) actually has much more to offer, particularly in terms of wildlife. Although the rumoured military testing wiped out many creatures, they have steadily replenished their stock (so to speak) over the past few decades of relative tranquillity and the islands now house hundreds of plant and wildlife species, including the amusingly named blue-footed boobies.

Yet one of the biggest draws is undeniably the wealth of enchanting marine life that can be spotted in the coral reefs around the island; you can potentially spot anything from dolphins to eels and turtles, and even humpback whales between December and March. 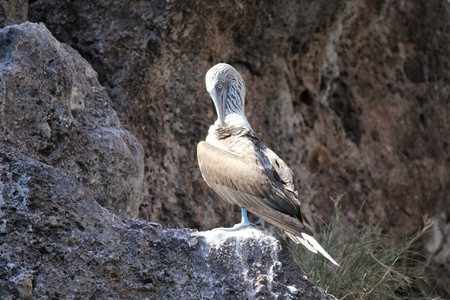 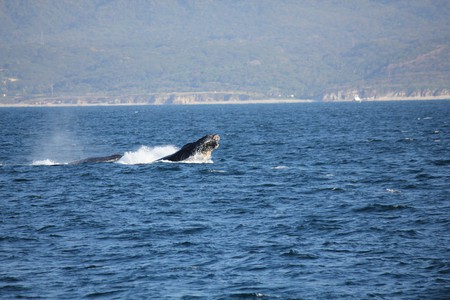 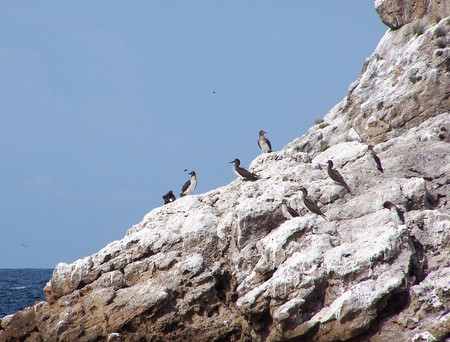 There was some controversy in recent years due to the sheer volume of visitors that were landing on the sandy shores – official figures put the number as somewhere in the region of 2,500 visitors daily – and as a result the Islas Marietas were, to the dismay of many, closed temporarily in May 2016. This was in an attempt to prevent coral degradation and the amount of oil pollution in the surrounding waters, as well as to reduce the physical degradation of the island itself. Studies have shown that there should only be a maximum of 625 visitors landing there daily, but this figure was tripled or quadrupled in practice.

Rumours circulated on social media that the government was selling the islands, though this was quickly dismissed and the islands were in fact reopened in August 2016. In order to undo some damage, coral will be replanted, the number of visitors will be strictly limited to just over 100 per day and diving is no longer permitted.

While the Islas Marietas are technically under the jurisdiction of the state of Nayarit, they are arguably a more popular destination for tourists in the coastal Jalisco town of Puerto Vallarta. In fact, the boat ride to reach them takes little more than an hour and there are a selection of companies and schedules to choose from. You can also depart from Nuevo Vallarta (Nayarit), La Cruz de Huanacaxtle, Bucerías and Punta de Mita though. If you do decide to visit, plan in advance to get a spot on a tour (access is no longer permitted on Mondays and Tuesdays) and follow the guidelines to minimise damage to the environment.