Empirical Spirits and the Hunt for the Pasilla Mixe Chilli 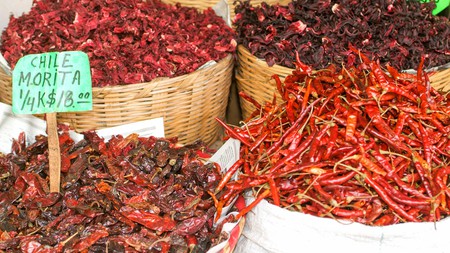 To the Ayuuk, the Pasilla Mixe is an integral part of community life | © Stefan Ember / Alamy Stock Photo

The innovative distillery Empirical Spirits has partnered with a Oaxacan mountain community to keep the cultivation of its ancient Pasilla Mixe chilli going long into the future.

Lars Williams can’t forget the first time he tried a Pasilla Mixe chilli. He was standing among the hawkers in the raucous Oaxaca Central Market in Mexico, surrounded by ripening fruits, thick blocks of mole paste and locals sipping away at styrofoam cups of pulque. “There was more than just smokiness,” Williams says. “There was an earthy roundness, and a distinct, deep-red orchard fruit that distinguishes it from all other chillies of its kind.” Amid the assault on the senses, the Pasilla Mixe cut through. When he returned to Copenhagen a short while afterwards, he couldn’t track it down – and an obsession began. 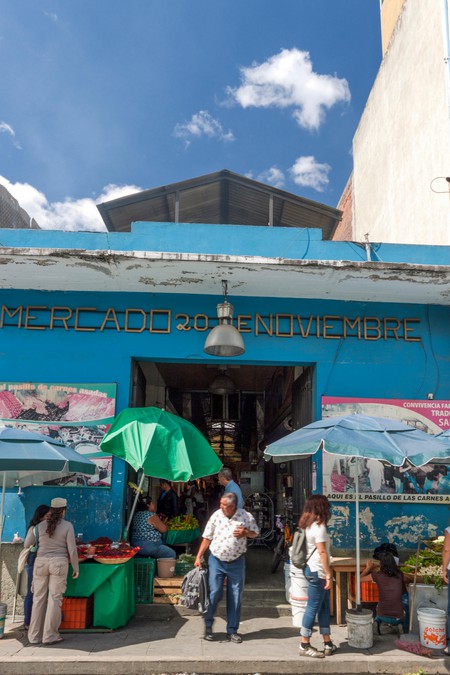 The famous Mercado 20 Noviembre market in Oaxaca, Mexico, is where the very best Oaxacan produce can be found | © Francesco Palermo / Alamy Stock Photo

Williams is the co-founder of the innovative distillery Empirical Spirits, whose creations do their best to evade definition. You could describe their spirits by their methods, as using beer yeast, sake mould, whiskey stills and cognac barrels all at once to create something that’s not similar to any of those drinks, but that wouldn’t quite pin down what they’re trying to do.

Their creations are layered in the same way that perfumes are made – note by note, beat by beat, through a variety of flavour distillates blended into a base spirit, which can then be aged in specific types of wooden vat to draw out further flavours. They test and work with everything, from foraged herbs to dried fish, unripe berries and wood smoke, to present the taste they want to share.

“What I love about flavour is its ability to transmit sense memories and impressions,” Williams says. “So a lot of the time, the spirits are my memory of a place. Whether it’s in the forest where I go to clear my head, or, say, out in Brazil or Mexico, trying to capture the flavour of what I tried there, it’s a means of using flavour to take people somewhere.” 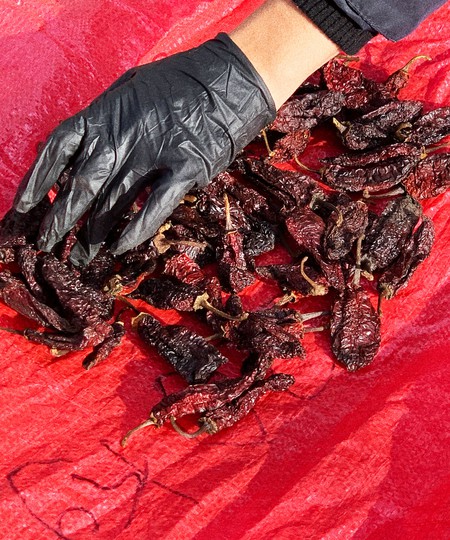 The battle to bottle that Oaxaca market scene would take Williams far down the rabbit hole, across continents, to the community that coveted the chilli more than any other. He managed to distil the stock he’d cleared from the market, but when it came to finding enough for production, the rarity of the Pasilla Mixe came into sharp focus.

Despite having every contact one could hope for – being a former lab chief for the epochal Copenhagen institution Noma – Williams had no luck sourcing more. He tried other varieties, other blends, fruitlessly chasing a memory that it seemed he couldn’t capture. That’s when he approached a Oaxacan academic, Efraín Martínez, who led him to the isolated mountain village of Huitepec, and to the Ayuuk people. 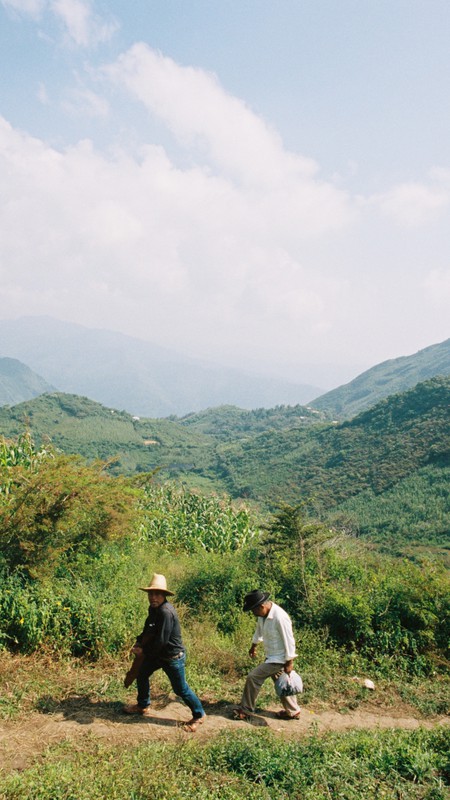 To the Ayuuk, the Pasilla Mixe is an integral part of community life. They eat it with nearly every meal, in every different form, from tortillas and pans of beans to three-day celebration moles dished out at weddings. They even use it as incense as part of their funeral ceremonies, burning piles of Pasilla Mixe to cleanse the burial sites of the deceased.

Martínez is one of a few academics to have studied the Ayuuk through fieldwork, and so was able to equip Williams with everything he needed to know. Martínez’s research, however, came with some uncomfortable truths. As Williams says, “Pasilla Mixe cultivation is extremely labour-intensive. There are 5,000 people in the village, and one-fifth of them used to farm Pasilla Mixe – now, there are only eight.” 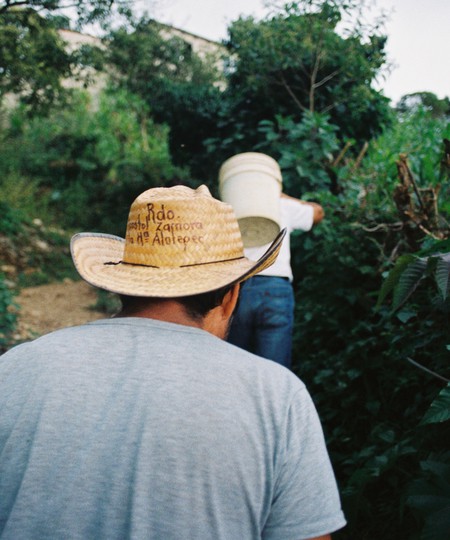 Everything – high altitudes, erosion, lack of pesticides or fertilisers, location – made chilli growing too financially challenging in Huitepec; the villagers grew to subsist, and whatever chillies they grew were not to share. The historical technique for planting Pasilla Mixes is especially painstaking. The plant thrives at the highest possible altitude, which is around 2,700 metres (8,900 feet) above sea level. Its seedlings, however, can’t grow there, as the atmosphere is far too cold for its survival. So to bridge this gap, the Ayuuk grow the seedlings at their regular altitude, and then, when the plants are large enough to survive, carry them on a two-hour uphill mountain trek to the ideal altitude. Then they have to hope that the wholly unpredictable local rainfall doesn’t flood the mountain soil, as the delicate roots then die and the chillies rot on the vine, rendering all their efforts for nothing. 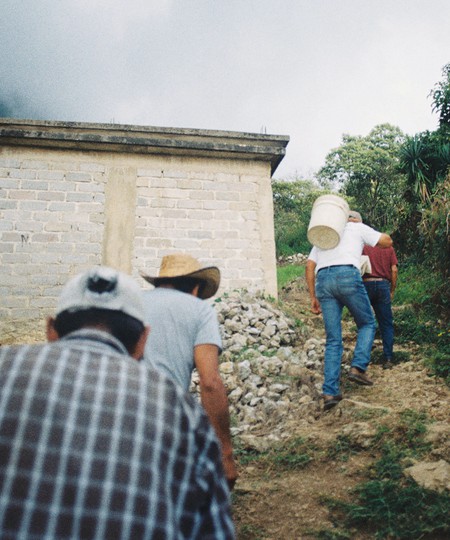 When the plants are large enough to survive, the Ayuuk carry them on a two-hour uphill mountain trek to the ideal altitude | Courtesy of Empirical Spirits

Bringing back and bottling the Pasilla Mixe wouldn’t be as simple as landing in the village and arranging a deal from the source; instead, Williams found himself wanting to preserve the chilli’s tradition and help the Ayuuk continue it long into the future. Partnering with another on-the-ground academic, agronomist Adan Jimenez, Empirical arranged workshops throughout Huitepec, to train the farmers of Ayuuk in how best to cultivate the chilli.

All manner of innovations have now been introduced, from demonstrating how to make organic pesticides to showing which cover crops would best protect the plants and terroir so that Pasilla Mixes can grow more plentifully. Further still, Empirical Spirits have made the chilli far more valuable in the short term by partnering with the community directly, and paying three or four times more than the price they fetch in Oaxaca Central Market. 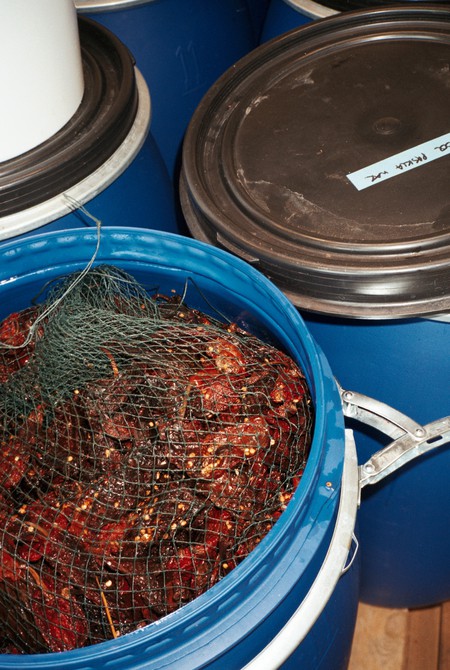 As a result, the villagers could finally produce the spirit Williams had been chasing: named, appropriately, Ayuuk. Distilled in the genre-bending way that typifies the company, his coveted Pasilla Mixes are steeped in a light alcoholic pilsner malt base; they are then removed, and the pulp is then made into a kombucha; those two liquids are blended and aged for five days in an old Oloroso sherry cask.

The result is smoky, sweet, deep and fruity – as close an approximation of that transcendental market moment as Williams is likely to get to. But more important to him, this process has brought cultivation back to a community that cherishes the Pasilla Mixe, and – with a commitment from Empirical Spirits to using these chillies going forward, not just as a one-off – the tradition will now thrive. “One of the things I was trying to get across was that the Pasilla Mixe is something of great value that needs to be recognised – this is only the beginning.” 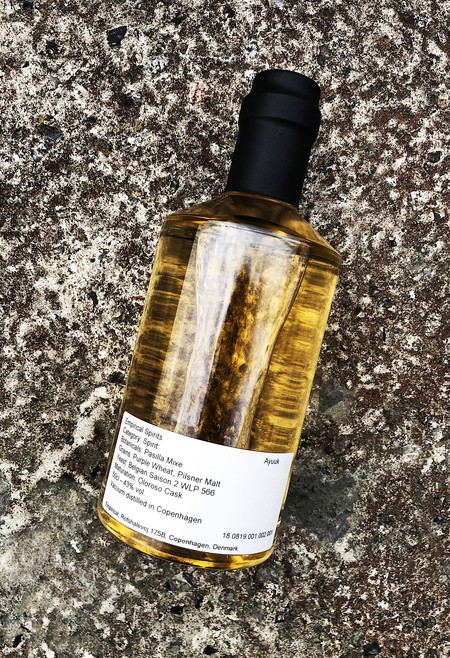 The finished product, Ayuuk, is made from Pasilla Mixe chillies | Courtesy of Empirical Spirits
Give us feedback