Could Amaranth Be the Next Superfood Craze? 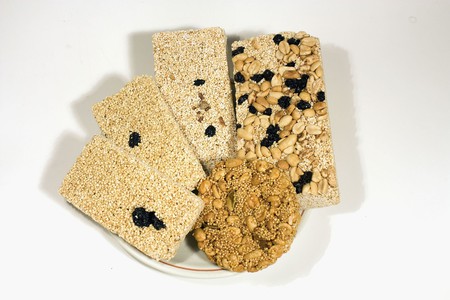 Amaranth, better known to Spanish speakers as amaranto or alegría, is a popular Mexican food that has been cultivated in the country for centuries and was recently named by UNESCO as a product of Intangible Cultural Heritage – more specifically, the amaranth from Tulyehualco. But what is this deceptively simple, yet incredibly versatile product? Will it be the next Brazilian açaí berry or Peruvian quinoa? Here’s everything you need to know about this potential superfood.

Amaranth is a food grown on tall plants with vibrant red or golden colored flowers, and is often referred to as a pseudo-cereal or, incorrectly, a grain. It boasts many qualities which put it in line for global food fad success, the principal one being that it’s entirely gluten free. Furthermore, it has an impressively high nutritional value, containing plenty of protein and calcium as well as being far more easily digested than many other similar products. Studies have even shown that amaranth is great for lowering cholesterol and preventing cancer, anaemia and osteoporosis. 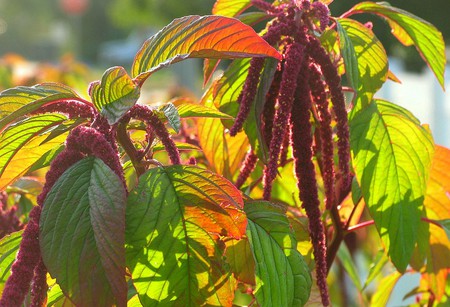 Why is it so important in Mexico?

Although amaranth is grown in various global locations nowadays, such as India, China, Africa, Russia and South America, its history (along with other products like beans and corn) began in Mexico with the Aztecs – who knew it as huautli – some 8,000 years ago. With the arrival of the Spanish, though, the consumption of amaranth dropped significantly as the conquistadors tried to impose Catholicism on the Mesoamerican cultures that considered amaranth a sacred product. In fact, amaranth used to be combined with maguey honey to make malleable paste from which religious figures were sculpted.

Currently, Puebla is the biggest amaranth producer in Mexico, along with Tlaxcala and Mexico City/State. 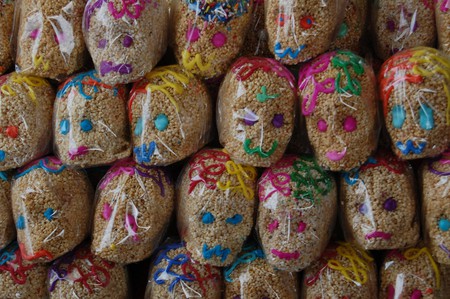 What is it used for?

As well as holding religious significance, amaranth was used to make tortillas and tamales, and its leaves were even considered to be effective in preventing diarrhoea. While the amaranth itself can be cooked in a similar way to rice, alone it is actually an incredibly dense product and so it’s often combined with other grains to make cereals, to thicken up soups and sauces, or to make – as well as tamales – atoles and horchata. However, by far and away the snack most commonly associated with amaranth is the Mexican favorite, alegría. Literally translating to ‘joy’, alegrías are made from toasted amaranth seeds before being mixed with honey or sugar. Sometimes seeds and raisins are added into the mixture, which is then left in a mold to set. 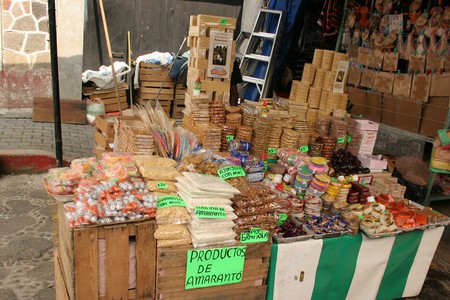 Amaranth based products | © Mandy Goldberg/Flickr
Give us feedback