Coronavirus: Why I Stayed Abroad and Didn’t Go Home 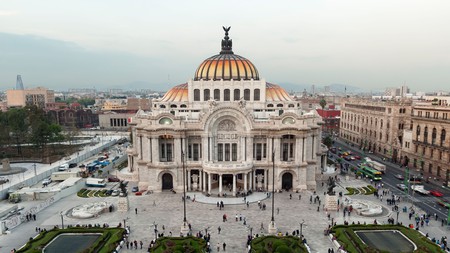 A Canadian-born writer shares his story of why he decided to stick it out in Mexico City instead of returning home.

“MEXICO?!” was the most common response from friends and family after discovering this is where my quarantining would take place.

The panic had been building. As February turned into March, emails and WhatsApp messages began to escalate in tone, mimicking the news, the germinating unknown. People were getting just a bit more doubtful, fearful, stubborn for home.

But for the world’s ever-expanding community of wanderers, of expats and volunteers and digital nomads , home is a malleable concept.

And so, like the countless others now potentially stranded on foreign soil, this chronically nomadic Canadian writer was forced to make a decision: heed the advice of government officials and imploring relatives and make my way “home”, or stay the course, hunker down, and try to make this thing work. 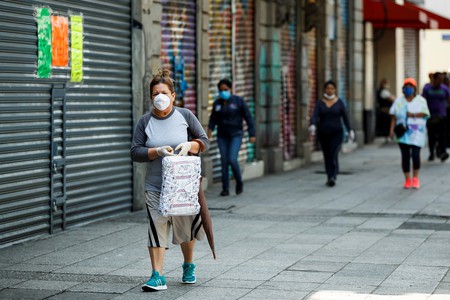 This was not going to be a typical trip down south.

I had just spent a month in Central America and the Caribbean, covering what may turn out to be the world’s last music festivals for some time. Weeks of Costa Rican coastline and mingling with travelers had begun to have an effect, creating a kind of alternative travel reality. I was still connected to people and news “back home”, but suddenly, imperceptibly, there was also this other thing. A different daily universe, one with its own rhythm and concerns. 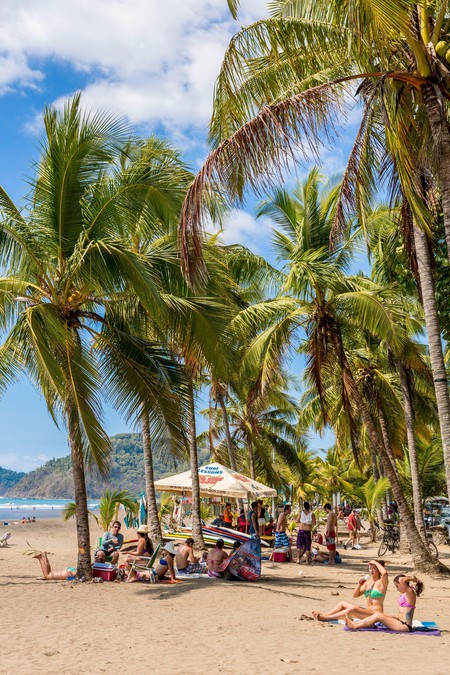 And nothing highlights this contrast like a budding global pandemic. By the time I left Costa Rica (on March 10), the country had exactly 13 confirmed cases of Covid-19; while somewhere in another galaxy, Italy had just passed 10,000 cases and the US was quickly creeping towards 1,000.

My mailing address is technically in Montreal, the urban love of my life where I was born and raised. But for over three years now, I’ve been officially nomadic – got rid of my apartment, sold the car, the whole bit. My material life, including yoga mat and travel iron, has been reduced down to what can fit in my badass Granite Gear suitcase. 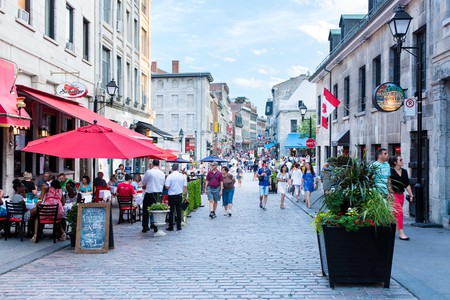 Be it traveling through rural India or living in South Africa during a drought, I’d become pretty comfortable outside of that supposedly normal way of doing things. But this was something different. The numbers across the world were continuing to rise, the text messages from home getting that much more concerned. Those days before boarding the flight were a true test of my nomadic mettle.

In the end, I guess it was that alternative reality that allowed me to fend off the fear, to have enough of a foot outside of the 24-hour news cycle to make what I hoped was a rational decision. Mexico was welcoming visitors, there were still repatriation flights available if things escalated, and as of mid-March the country had less than 40 confirmed cases.

And so I did it. Bought some sanitizer, used my bandana as a mask, and headed to the airport.

If one must wait out the end of the world, Roma isn’t a bad place to do it. A residential district just a few minutes south of Mexico City’s historic center (and the setting of Alfonso Cuarón’s award-winning film of the same name) Roma, with its mix of middle-class authenticity and gentrified colonial elegance, is a truly lovely place. 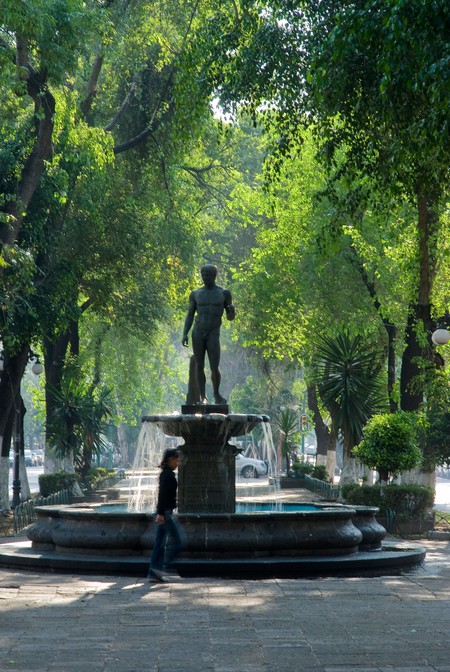 Arriving in mid-March, Mexico’s level of Covid nonchalance was immediately noticeable. A few municipal employees obligingly wearing a few masks; a customs official casually asking if I had been to China. My time in a Corona-free bubble was apparently going to last a while longer.

I settled into an Airbnb a few blocks away from Roma’s Fuente de Cibeles, a lovely fountain and roundabout centering criss-crossing strips of local shops and trendy eateries. While tourism in places like Tulum and Cancun was beginning to take a serious beating, Mexico City was still very much open for business. The country’s famous street food stands were still serving handmade tacos and chicharon and the local markets were still bustling melting pots of fresh produce and fish tostadas. 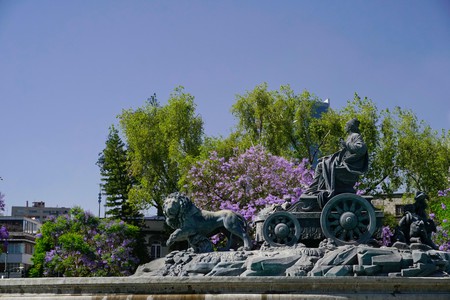 But with many other nations moving to full lockdown, and toilet paper and calm in increasingly short supply, the worried calls from home continued to come (video chats being particularly effective at guilt-delivery). The global panic was progressing, attempting to seep in. But luckily a little group of friends had begun to form, helping to insulate one another from the looming doubt.

It included a fellow traveler from one of those last festivals, a Scottish digital nomad working in Mexico City, and a few locals of international tendencies. We kept each other company as the unknown unfolded around us. A final dinner out before restaurants were ordered to close, a small rooftop gathering after a long week of quasi-quarantining. Surrounded by smoky mezcal and micheladas with clamato, we watched as the city retreated further into lockdown, all of us keeping an eye on the increasing numbers, the dwindling flights home.

As March turned to April, the inevitability of Covid-19 made its way into daily Mexican life. The government declared a state of emergency, announcing not only a wider shutdown of non-essential activities but that they were finally going to take this problem seriously.

I watched this while in Coyoacán, a charming neighborhood home to Frida Kahlo and a normally vibrant local scene. It was a sombre moment, and echoing through the courtyard I could hear neighbors huddled around their screens listening in unison. 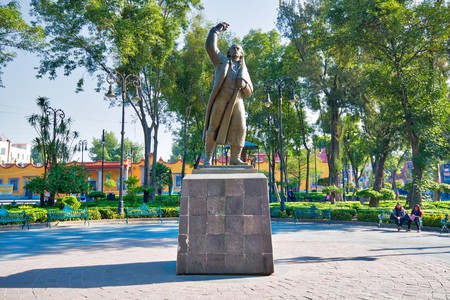 Today, Mexico City’s streets are all but empty. Some food vendors still serve on their usual corners, the few remaining regulars congregating in makeshift face masks. A country with tens of millions of informal workers are floating along the edges of a fragile economy with no social safety net. As I write this, Mexico’s number of confirmed cases passed 14,000.

Back up in Montreal, the measures seem to be working, the curve is flattening and there’s talk of re-opening. And I’ve started looking for flights. I guess it doesn’t matter how long you’ve been away or how often you’ve redefined it, there really is no place like home.