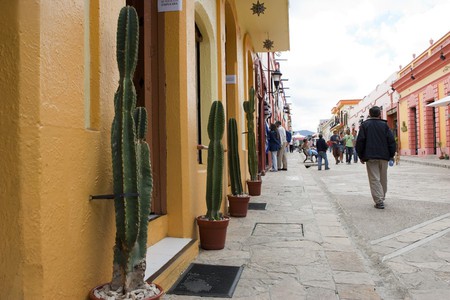 San Cristobal de las Casas is one of Chiapas‘ most interesting and beautiful cities to explore. It’s 11 historic barrios, or neighborhoods, each hold their own special charm and walking their streets is a reminder of the city’s colonial past, indigenous ancestry and international draw. While there are many places to see and things to do, here are a few of our favorite neighborhoods in San Cris to take in the sights.

San Cristobal’s Zona Centro is the very heart of the city and home to some of its oldest architecture and most quaint streets. Many of the city’s most popular cafes and parks are within this handful of blocks. The Mayan Musuem, the Jade Museum and the town’s central plaza are some important attractions and just on the southern edge of this neighborhood is the must-see Mercado de Dulces y Artesanias. It’s a great place to walk around and get a feel for the original Spanish colonial city here. 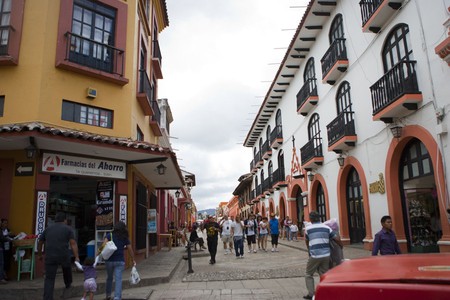 The El Cerrillo neighborhood was formed in 1549 by Tzotzil Mayans that had been former slaves freed from their bondage by Spanish decree. It became well known for its exquisite iron working workshops, vestiges of which can still be seen in beautiful doors and balconies throughout the neighborhood. Sitting just northwest of the city’s Centro, El Cerrillo is home to the majestic Ex-convent of Santo Domingo (and the artesan market held daily in its plaza), the Enzue art studio, the Na Bolom house and several other art galleries.

When you are in Barrio Guadalupe be sure to stop by the Iglesia de Guadalupe, a beautiful 17th century church up a long set of steps and surrounded by a leafy plaza, as well as the Galeria Muy and Casa Kuxtal for some art. The neighborhood is known for its traditional Mexican toy workshops – toy trumpets, wooden birds and other items magical to a child’s eye. Unfortunately much of the toy-making tradition has gone the way of musuems and few workshops still exist there. 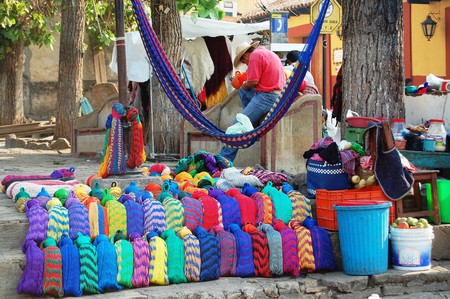 Each year during the month of September the Merced neighborhood’s streets are filled with processions and events to honor their patron saint, Our Lady of Mercy, or the Virgin of Guadalupe. The streets fill with faithful followers dressed in white, grand moving altars dedicated to the virgin, and panzones, comical figures who strap tires to themselves under their clothing making them look like they have giant bellies. The neighborhood is home to the main San Cristobal Cathedral, the Amber Musuem, and has been known historically for its candle-making, turning out some of the most elaborately and delicately designed candles of the region. 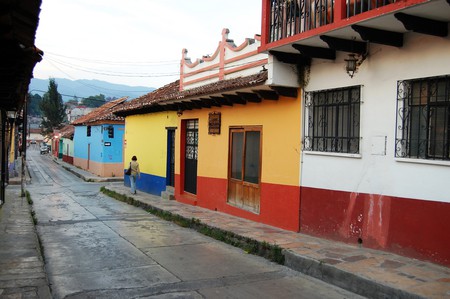 Barrio San Ramon in San Cristobal has long been famous for its bakeries and candy confectioners. Here you will find traditional regional sweets like dulces tipicos – chimbo (a honey-flavored dessert somewhere between pudding and cake), caramels, gaznates (meringue encrusted in a sweet, crunchy shell), and others. You will also find one of the region’s most important pottery workshops, appropriately named Taller “San Ramon” where some of the city’s most beautiful ceramics are made including vases, pots and dinnerware. 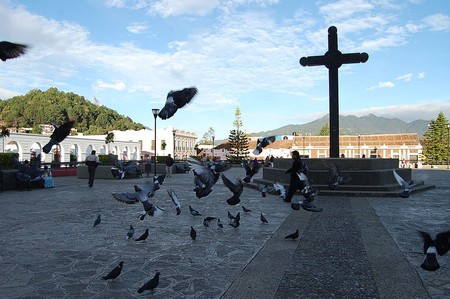 To the northwest of the city center is the Barrio de los Mexicanos, known for small, hidden workshops making traditional Chipaneco furniture out of pine, oak and cypress. This neighborhood was founded the same year as the city itself – 1528. Barrio de los Mexicanos is also known for its textile production. Some of its attractions are the candy-cane colored Iglesia de la Asunción, built in the 1700s, and its religious festivals from the 13th to the 18th of August. The Lek Museum and Art Gallery is here, as well as Hotel Bo.