Cool and Unusual Things To Do in Oaxaca, Mexico 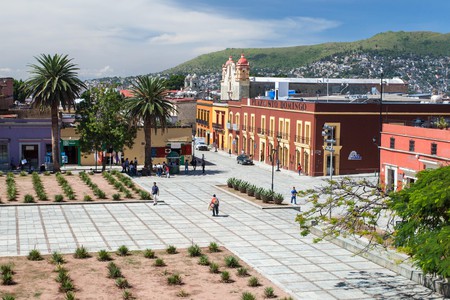 With endless options for entertainment, it can be difficult to decide how to spend your time in this cultural epicenter. For travelers who prefer to stray from the typical attractions, Oaxaca possesses a wealth of hidden history and strange sightings that make a visit here that much more memorable.

Immerse yourself in indigenous heritage at the Guelaguetza festival

For one week during the month of July, the city of Oaxaca teems with international and domestic tourists who come for the Guelaguetza festival. Translating to ‘giving and sharing’ in the Zapotec language, Guelaguetza is an annual event that dates back to 1932 and aims to highlight the different indigenous communities throughout the state of Oaxaca. Guests attending Guelaguetza are introduced to traditional costumes, dances, music, textiles and foods that give a deeper understanding of the history and cultures in the region.

Along with concerts, parades and artisanal exhibitions, attendees of Guelaguetza can also take part in the Mole Festival and International Mezcal Fair. While many of the festivities are free to access, interested parties should ask a local tourism office for the year’s exact dates and more information on ticketed events. 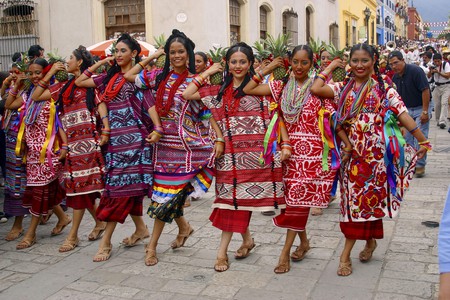 Cruise around a calmer Oaxaca on a night bike ride

Get to know a different side of Oaxaca during a bike ride after dark. Sponsored by Mundo Ceiba, an organization that promotes social change through citizen participation, the night bike rides are free of cost, with cyclers meeting at the esplanade of the Santo Domingo church just before 9pm. They return at the reasonable hour of 10.30pm, so those with additional energy can easily visit one of Oaxaca’s many bars or clubs before heading home. The rides are hosted every Wednesday, Friday, Saturday and Sunday evening. Bike and tandem bike rentals are also available through the organization. For those who prefer biking during the day, Mundo Ceiba also hosts weekly rides to El Arbol de Tule, said to be the widest tree trunk in the world. 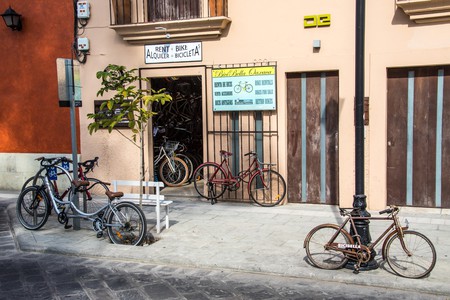 Oaxaca is getting a lot of attention for its thriving art scene, and monthly Noches De Arte, or Art Nights, are a great way to tap into the city’s creative pulse. Noches de Arte are free to the public and take place on the last Saturday of every month. Evenings include workshops, music, dance and theatre performances. There are also a number of lectures, readings and photography exhibitions in various locations around town.

Admire the city’s street art during a cycling tour

Become acquainted with Oaxacan street art during a half-day cycling tour hosted by Coyote Aventuras. The tour covers three different neighborhoods, complete with an English-speaking guide who will point out important historical sites and various art workshops, as well as the city’s most well-known street murals. The four-hour excursion is far from strenuous and includes a break at a local market for snacks and drinks. Coyote Aventuras also offers its street art experience as a walking tour. 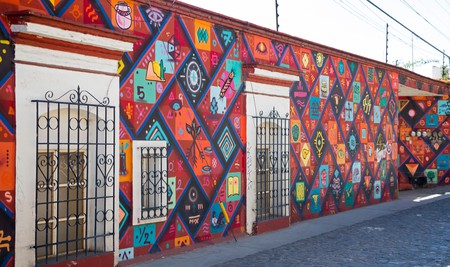 Sweat out the negativity during an authentic temazcal

A temazcal is a type of sweat lodge that predates Spanish colonization and is popular throughout Mexico and other parts of Latin America. Boasting benefits that differ from your typical steam bath, temazcals are believed to remove emotional and spiritual blocks while strengthening one’s connection to the Earth. The ceremony can take many forms depending on the region, but getting one done in Oaxaca will likely draw upon ancient Zapotec influence. Those with claustrophobia might want to skip this activity, as it involves being shut in a dark, windowless cavern, but those who don’t mind will be immersed in a thick, healing steam as the curandero, or healer, stokes volcanic rocks with buckets of water. Herbs are also used in this cleansing ritual. A temazcal ceremony can be scheduled at most hotels and spas in town.

Modern Oaxacan cuisine is heavily influenced by ancient prehispanic diets, meaning that bugs are a popular menu item. Chapulines, or grasshoppers, are a favorite garnish for an assortment of Oaxacan staples. Drenched in salt, lime, garlic and chili powders, these crunchy snacks are often served with guacamole or as a mezcal chaser. More adventurous foodies can request chapulines as the protein on their tlayuda, also known as a Mexican pizza with a tortilla as the crust, a bean spread replacing the marinara sauce, and various toppings sprinkled on top; or taco orders. For amateur chefs who are interested in adding chapulines to their personal recipes, these critters can be purchased in bulk (pre-cooked and pre-seasoned) at the Central de Abastos market. 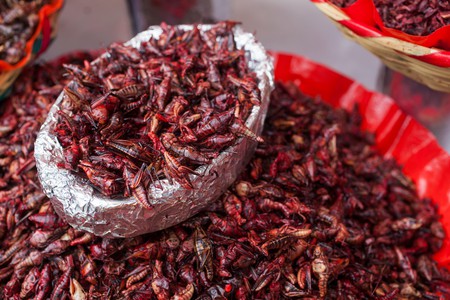 Wander through the lesser-known Zaachila ruins

Once considered the capital of the Zapotecs, one of the indigenous tribes native to Oaxaca, after the fall of Monte Alban, Oaxaca’s most visited archeological site, the Zaachila ruins often tend to be glossed over by tourists. The exact history is still debated, but it’s generally believed that the Zapotecs and Mixtecs occupied the region from the 1100s until Spanish conquistadors arrived in 1521. Much of the Zaachila ruins remain unexplored due to the fact many are buried underneath people’s current homes. The ruins are located just 30 minutes outside of Oaxaca City and have a couple of tombs with well-preserved carvings.

Getting to Zaachila is easy. Simply go to the Central de Abastos market in Oaxaca to grab a bus or colectivo, which is an ultra-affordable taxi that takes a few different passengers who are going in the same direction. We recommend heading there on a Thursday to enjoy the local market, which takes place around the site. 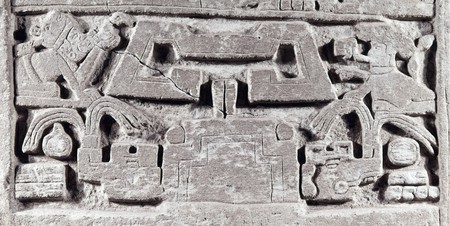 Alebrijes are brightly colored, intricately patterned Mexican folk art sculptures of imaginary creatures that often blend the characteristics of different animals, resulting in donkeys with wings, dragons with unicorn horns, and other unusual pairings. Their origin traces back to an artist from Mexico City, but the small town of Santo Antonio Arrazola plays a significant role in their history. The creator of alebrijes, Pedro Linares, primarily made them out of papier-mâché until he hosted a workshop in Oaxaca and locals decided to adapt his technique to wood carving, a tradition that dates back to the Zapotecs. Alebrijes are now primarily sculpted from copal wood, which is believed to be magical, with many locals even using its resin as an incense.

Today, Arrazola represents one of the best places to admire alebrije artwork and to learn the techniques involved in making the objects. Just 15 minutes outside of Oaxaca, Arrazola is filled with alebrije galleries, workshops, and street art, making it the perfect place to pick up a unique souvenir. In the historic center of Oaxaca, there are also numerous stores that sell alebrijies from Arrazola as well as from artists based in the city.

When most people think of cemeteries, they conjure up images of deserted grounds with overgrown gardens and decaying tombstones. Oaxaca’s General Cemetery couldn’t be further from this. The cemetery features colorful and extravagant tombs that give visitors an insight into the personalities of those who passed.

While it is always worth a visit, the cemetery is never more popular than on Dia de los Muertos, or Day of the Dead. The holiday is one of Oaxaca’s largest celebrations of the year and involves creating altars and picnicking alongside the graves of the dearly departed. Taking place on 1-2 November, Oaxaca’s Dia de Los Muertos festivities are especially renowned, as there are many parades and tombstone decorating contests. On these days, a flower market can be found outside the General Cemetery, while mariachi bands entertain visitors and mezcal-spiked hot chocolate is passed round. 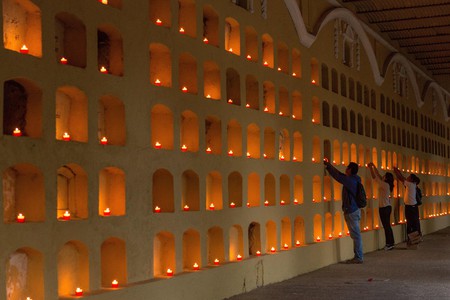 Attend a baseball game and cheer for the Warriors of Oaxaca

Baseball has recently been giving futbol, or soccer, a run for its money as Oaxaca’s sport of choice. Oaxaca’s usually successful team hosts games that are a guaranteed good time, as plenty of local beers are always flowing and fans sport painted faces that pay tribute to the team. Los Guerreros de Oaxaca, which translates to the Warriors of Oaxaca in English, play in the Eduardo Vasconcelos Stadium during the regular season, which runs from April through August. Tickets can be purchased on the Guerreros’ website or at the stadium.