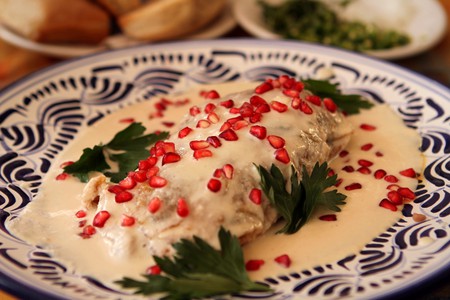 What screams patriotism more than a dish made up of some of a country’s most celebrated foods and flavours, in the colours of said country’s flag? Nothing, that’s what, and Mexico boasts just such a culinary delight in the form of the seasonal chiles en nogada. Consisting of a stuffed chile bathed in creamy walnut sauce and topped with pomegranate seeds, this is everything you need to know about the history of Mexico’s most patriotic dish.

The name comes from the typical ingredients used, as nogal translates to walnut in Spanish; the whole name translated means ‘chillies in walnuts’. The dried fruit stuffing for the chile itself is typically made from a combination of apple, peach and pear, plus pork, spices and nuts, and the whole dish is supposed to be served at room temperature with the walnut sauce making for a cold topping. Chiles en nogada are not just considered patriotic for their well thought out colour scheme, however, as they are also typically associated with the most patriotic day of the year in any country; Independence Day. In the months leading up to September 15th and 16th, fondas, restuarants and locales will be positively overflowing with customers wanting to get their mitts on this iconically Mexican dish in time for the fiestas patrias which mark Mexican independence from Spain. 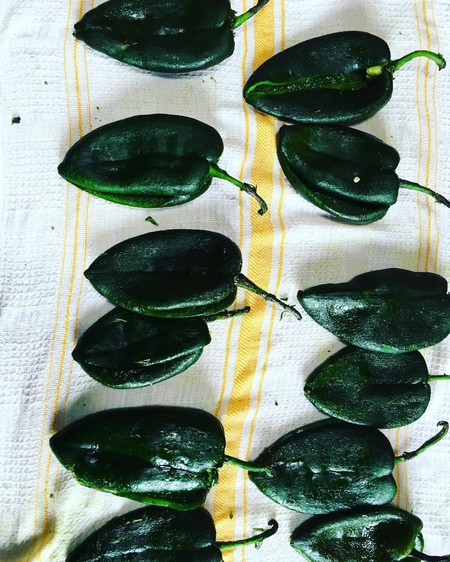 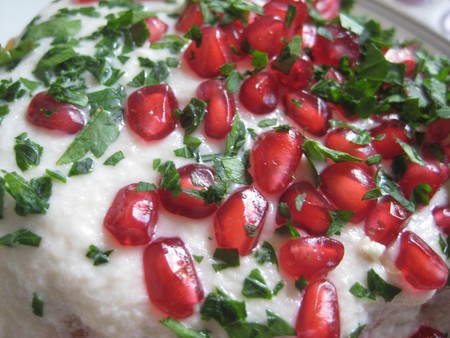 The supposed history behind the invention of this now ubiquitous, but still seasonal, dish is as follows: following the cry for independence issued by Miguel Hidalgo y Costilla in Dolores de Hidalgo that fateful night of September 15th 1810, came the Mexican War of Independence. This brutal battle didn’t cease for 11 long years, until Agustín de Iturbide signed the Treaty of Independence before stopping off in Puebla on his way back to the capital. A feast was held in his honour, but the townsfolk (or, more specifically, the Augustinian nuns charged with preparing a special dish) were at a loss for what to prepare, given that they could only use ingredients in season at the time. This last-minute panic, something Mexicans to this day thrive on, launched the dish that would come to be considered Mexico’s most patriotic dish; a meat, dried fruit and raisin stuffed poblano chile, doused in creamy walnut sauce and sprinkled with pomegranate seeds and parsley. What a relief it must have been to realise that the red, white and green of the key ingredients coincided with the colours of the Mexican flag!

However, there exists much controversy over the origins of this dish, with some claiming it was merely a seasonal adaptation of a pre-existing recipe. A slightly less commonly believed tale is that three women, all betrothed to members of the Mexican army who would soon be returning from the War of Independence, put their heads together to come up with a dish that would represent the country their loved ones had just fought to defend. Whatever the ‘real’ story is, we know that this dish does hail from Puebla, even though nearby Tlaxcala often tries to lay claim to it. ¡Viva México! 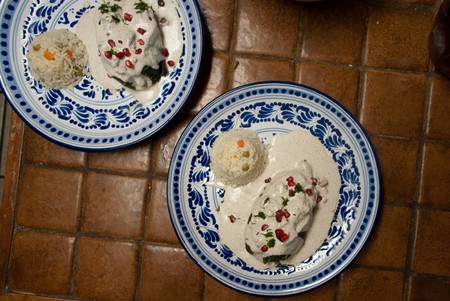 Chiles en nogada from above │ | © ismael villafranco/Flickr
Give us feedback