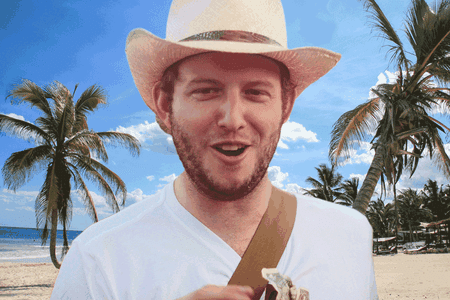 Already boasting a music festival in its hometown of Eau Claire, Wisc., indie/electronic act Bon Iver has announced its Mexico-located celebration, Days Have No Numbers.

Labeled as a “concert vacation,” the event is set to take place at the Hard Rock Hotel Riviera Maya in Puerto Aventuras from Jan. 21-25, 2018.

“We’ll be performing at the @hrhrivieramaya along with an incredible lineup of very special guests and friends,” the band wrote on their Instagram page. “Room packages (inclusive of all food, drinks, music, and more) go on sale August 10 at 12pm ET.”

Including three full performances from the Justin Vernon-led outfit, the roster also includes artists like Sylvan Esso, Poliça, Francis and the Lights, Hiss Golden Messenger, a “special guest,” and more.

Join us January 21-25, 2018 for @dayshavenonumbers in Mexico! We'll be performing at the @hrhrivieramaya along with an incredible lineup of very special guests and friends. Room packages (inclusive of all food, drinks, music, and more) go on sale August 10 at 12pm ET. For full event and booking info, check out link in profile.

As pointed out by Pitchfork, the event’s name comes from the band’s song “00000 Million,” the closer off their most recent album, 22 A Million. The line “Where the days have no numbers” is repeated several times throughout the track’s duration, which is actually pulled from Irish folk musician Fionn Regan’s song “Abacus.”

While it shouldn’t be difficult to achieve, hopefully Bon Iver’s “concert vacation” fairs better than Ja Rule’s luxury music retreat in the Bahamas, Fyre Festival, which drew comparisons to The Hunger Games and a “refugee camp” when it stumbled out the gates and was slapped with a $100 million lawsuit before it could get back up this past April.

Below (and above), we’ve imagined some of the sweet photos we will snag whilst hanging out with Vernon on the beaches of Mexico. These aren’t real photos…. yet. 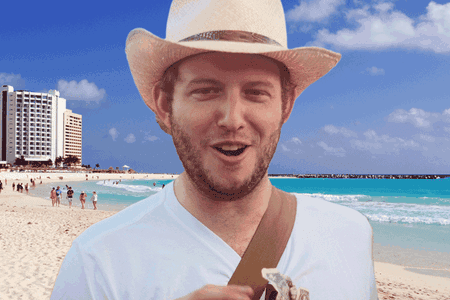 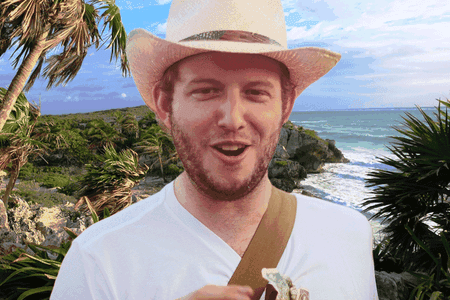 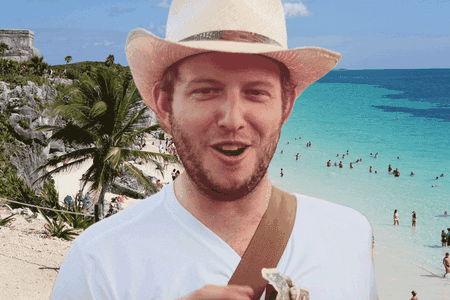