The 10 Most Authentic Dining Spots In Mexico City 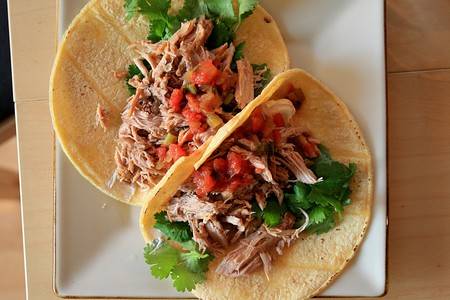 Mexico City’s culinary scene is as surprising and varied as its diverse population. As one of the world’s premier street food destinations, visitors to the Mexican capital may be equally impressed with a roadside flauta as with a high end culinary experience. From markets to Michelin stars, family style cooking to hidden gems, Mexico City is a foodie haven to rival any other. Here are ten of the most authentic dining establishments to visit when in town. 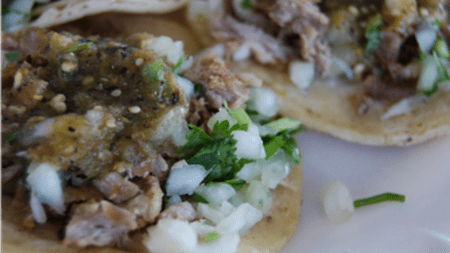 Located in the highly artistic and picturesque neighborhood of Coyoacán, Mercado de Coyoacán was once frequented by renowned Mexican revolutionary painter Frida Kahlo. The mercado is famous for its seemingly endless stalls of fresh produce which account for around 20% of the food supply in the whole of Mexico. Hidden away in this vast labyrinth of fruit, vegetables and other local products are a series of food stalls serving up some of the city’s most authentic eats. Tostades de Coyoacán is located at stands 181-182 and specializes in their namesake dish. Large tin platters line the counter, piled high with shrimp, chicken, crab, mole and other delectable tostada toppings. This street food joint has grown to be the largest in the market, and, although clearly a popular spot, the speed with which the tostadas are prepared prevents the buildup of long queues. 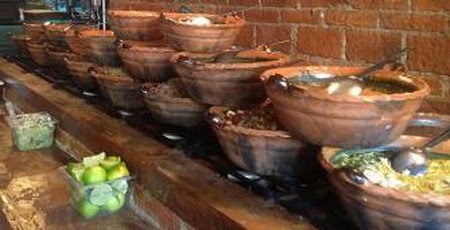 This trendy taco establishment is the creation of Gustavo Rosas Millán, a member of the family responsible for Tacos El Guero, the most recognized taco joint in Condesa since 1968. Gustavo recently left his family’s restaurant to take his skills elsewhere through a desire to experiment with new ingredients and flavors. The extensive menu features close to 20 different kinds of tacos, of which over half are either vegetarian or vegan. The stewed taco fillings are made using fresh, organic ingredients, and are stored in large clay pots which are piled on top of the serving counter. Although Tacos Gus fits only five tables, patrons’ passion for this fresh and unique version of a Mexican staple makes standing to eat worthwhile. 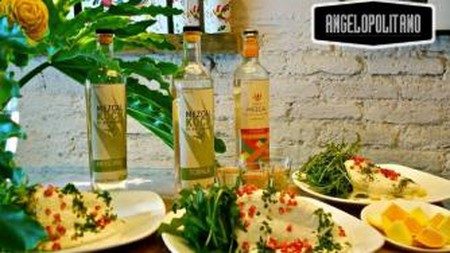 Angelopolito proves that contemporary Mexican cuisine can still be made to highlight traditional Mexican flavors in an authentic manner. At this stylish restaurant much importance is placed on presentation, as a modern interior and artfully presented dishes stand in contrast to the many family run haunts that dominate Mexico’s restaurant scene. Yet Angelopolitano remains popular with locals and foreigners alike, serving up its gourmet interpretation of Mexican classics using the freshest of local ingredients. 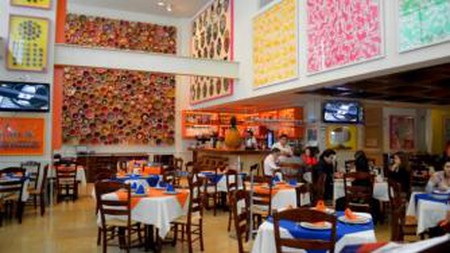 El Bajio surrounds diners with the culture of Mexico both through the series of excellently prepared authentic dishes on offer and by adorning their dining room with traditional arts and crafts. As the proprietor of El Bajio, Carmen Titita aims to make everyone feel welcome in her restaurant by making them feel as though they have been invited to attend a private dinner in her home. Among the many specialty dishes on offer here are the fried crabmeat quesadillas and the tostadas with chicken, minilla fish or pigs feet. Although several additional branches have since opened, the original El Bajio is located in the northern part of the city in the district of Azcapotzalco. 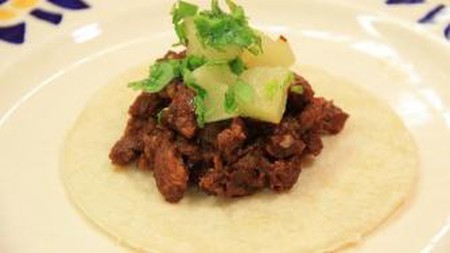 For a true Mexico City street food experience head to Taquería Tlaquepaque, located on a downtown street in Mexico City’s historic center. Resembling a corner Kebab shop with its vertically rotating hunk of dripping meat, visitors might mistake this taco stand for a Middle Eastern joint. The specialty here are the tacos al pastor, a ‘Mexicanisation’ of the doner kebab adapted from the foods brought to the country by Lebanese immigrants in the 19th and 20th centuries. Chilies, raisins, cinnamon and anise seeds are layered in with the meat, giving it a sweet taste, while the final taco is topped off with a slice of pineapple. 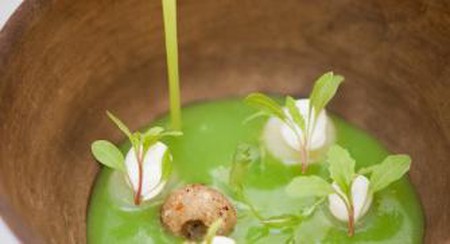 As one of the top fine dining venues in Mexico City, Pujol uses local ingredients and ancient as well as modern cooking techniques to create its highly innovative menu. While far from comfort food, chef and owner Enrique Olvera attempts to ignite memory and nostalgia within its local patrons by introducing classic Mexican flavors in surprising ways. A range of dishes preserves the country’s traditions while updating them in a way that rivals the innovation of the world’s most famous chefs. Pujol was included in the list of the world’s 50 best restaurants in 2013. 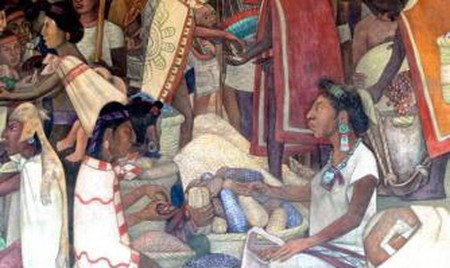 Although there are many lovely street markets to be found in Mexico’s capital city, Mercado sobre Ruedas in the Condesa neighbrhood is perhaps the loveliest. The market comes to life each Tuesday morning in the area surrounding the Edificio Condesa. Along with an exotic array of fruits and vegetables, fresh soup mixes, meats and other products is a food court offering ready to eat lunch options. Visitors can choose from flautas, tacos, sopa di mariscos, quesadillas, or baked lamb barbacoa served in warm broth, which can all be enjoyed with a fresh juice sold at the sister run juice stand nearby. 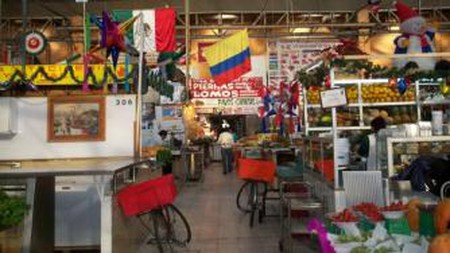 Mexico City is not known for its seafood, but there are several restaurants that offer an exception to this rule. La Morenita at Mercado Medellín is one such example. Established nearly three decades ago by Miguel Gardono, this casual dining stop provides an enjoyable break for those wandering the aisles of the market. The menu here is exclusively seafood based, allowing it to stand out against the predominantly meat driven scope of the many nearby food stalls. The mojarra, a white fish similar to tilapia, is the most popular item on the menu. 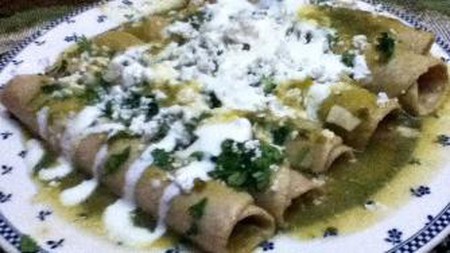 Nico’s Mexico serves high quality traditional fare made from seasonal local ingredients. Boasting a simple, warm ambiance, Nico’s is the project of María Elena Lugo Zermeño, who opened the restaurant back in 1957 to serve her coveted family recipes that have been passed down through the generations. In the decades since its inception, the restaurant has developed into one of the most respected in the city for those looking to enjoy the experience of a home cooked Mexican meal. In more than five decades Nico’s has never wavered in terms of its quality of cooking or customer service. 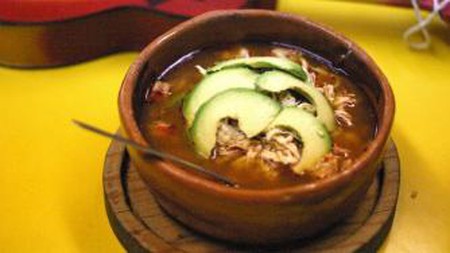 Pozole is a dish that remains largely unknown abroad, but is one of the most ancient creations to emerge from the region. This soup or stew, the recipe of which varies from place to place, originated in pre-Hispanic Mexico as a ceremonial dish. Just as the soup is perhaps Mexico’s greatest kept secret, El Pozole de Moctezuma reveals itself only to those who go searching for it. This restaurant is known for its divine Guerrero style pozole and is located in Garibaldi, an area of the city famous for its mariachi bands. Behind an almost completely unmarked door, the name on the buzzer reads simply ‘pozole’. Guests are welcomed into a large, bright dining room, where the expert waiters teach diners the proper way to enjoy this fabulous meal.