The Most Beautiful Buildings in Chiapas, Mexico 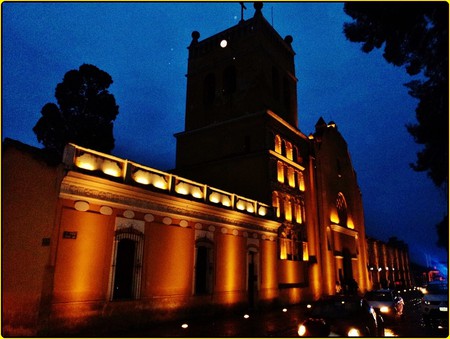 The state of Chiapas has so much natural beauty that it might be tempting not to look around at some of the incredible buildings, both ancient and modern, that make its cities and landscapes so visually interesting. When you are ready to take a break from jungles and waterfalls, here are some of the state’s most beautiful architectural monuments.

Adorned with brightly colored reliefs of flowers and geometric designs, the Chamula church sits on the main square, majestically looking over the inhabitants of this small town. This church is like no other, in that its purpose is to serve the Chamula indigenous community, and photos are strictly prohibited – at the risk of being arrested – as the Chamula people believe that having your photo taken steals the soul. Inside, you are greeted by hundreds of candles, an open floor covered in pine needles, and a local shaman who will diagnose your ills and “cleanse” you using an ancient indigenous ritual. 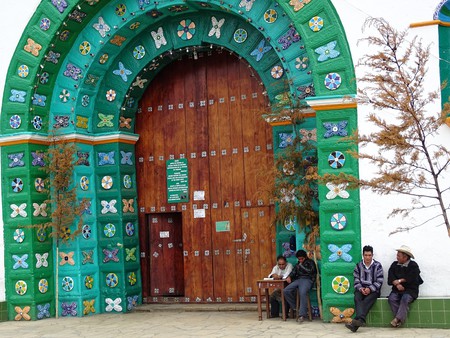 Several years ago, after decades below the surface of the Grijalva River in Chiapas, the Templo de Quechula suddenly reappeared. This 16th-century church had been underwater since the building of a nearby dam, and its sudden reappearance seemed like a miracle to the nearby communities. Now, local fishermen act as guides, taking tourists out to peruse its watery atrium and passageway. It’s said that this church was one of the grandest ever built in this area of the country by Spanish monks; if at some point the river floods, the church will once again be below the surface.

With its golden yellow facade glittering in the sun, the San Cristobal de las Casa Cathedral is an unmissable architectural beauty in the state’s cultural capital. It was built in 1528, and the church’s first parish priest was Fray Bartolome de las Casas, the Dominican monk who was often called the “defender of the Indians” during his lifetime. The ancient wooden altarpieces and religious art by artist Juan Correa combine the baroque with the Moorish architectural style, and make this a must-visit while in San Cristobal. 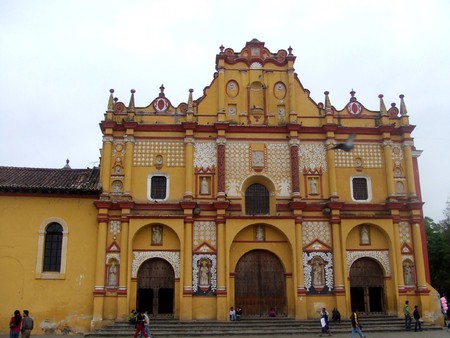 It’s not often that a bus terminal wins the Biennial Architecture Contest of Chiapas, but this terminal is distinguished by its use of modern spaces, sober lines, and the use of brilliant colors to represent the local culture. Its glassed-in facade allows lots of natural light to enter the building’s interior spaces, and the colorful strips on the outside of the building not only add aesthestic appeal, but also help to secure the building against the strong winds that are characteristic of the region.

The stunning ornamental facade of this church, in the small town of Chiapa de Corzo, will keep you gazing at the details for hours. It was built between 1547 and 1551 in a classic colonial baroque style, and its most impressive features are its altar, built with a single piece of oak, its religious textiles, and the various complex and beautiful altars found within. The ex-convent shares its space with a small museum showing a selection of pieces from the 17th to the mid-20th century. 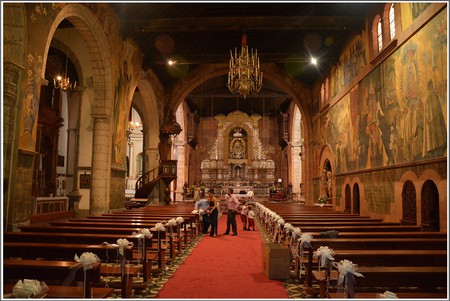 This classic example of Moorish architecture was built in 1677 as the Templo of Carmen’s bell tower. It’s located on the corner of Calle Hermanos Dominguez and Avenida Miguel Hidalgo in San Cristobal de las Casas, and used to be the entrance to the city as well as the connecting temple. Even today, it’s considered one of the city’s most beautiful architectural structures. 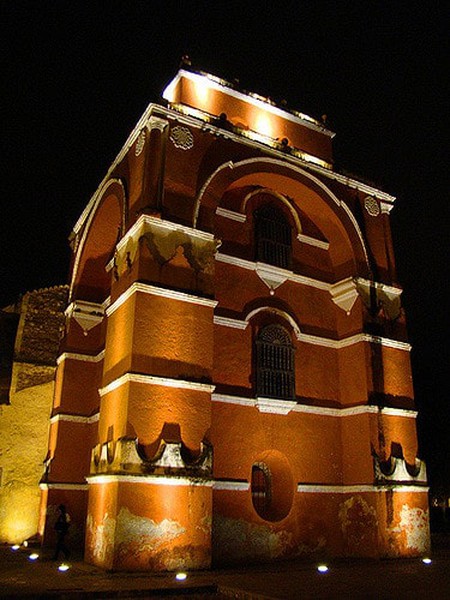 Not all of Chiapas’ beautiful buildings are colonial structures. The Convention Center was built in 1993 by architect Abraham Zabludowsky, and its sweeping arches have become synonymous with contemporary architecture in Chiapas’ capital city, Tuxla Guiterrez. The center has nine different convention rooms and an auditorium used for all types of conventions and events, and is said to be one of the most modern structures in southeastern Mexico.

When Pope Frances visited the state of Chiapas, this chapel was built within the city’s massive sports arena, the Estadio Victor Manuel Reyna. Its simple yet beautiful design was constructed from only wood, steel, and concrete. Its brutalist architectural style (an offshoot of modernist architecture that was popular from the 1950s to the 1970s) combines clean lines and open spaces that make the chapel feel truly spiritual.

Another example of Moorish-inspired art in Chiapas, the Santo Domingo church in Comitan was built between the 16th and 17th centuries and has a yellow neoclassical facade. Stunningly illuminated at night, the church is a main attraction in the town of Comitan, which is for many merely a place that you pass through on the way to Guatemala, but is worthy of at least a day of exploring.