Basilica de Guadalupe: Here's Why This Is the Most Visited Catholic Pilgrimage Site in the World 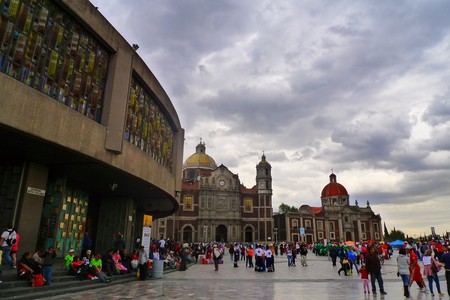 In the lively Mexico City neighborhood of Tepeyac stands the most-visited religious site in the West: The Basilica de Guadalupe. The national shrine receives 20 million tourists and pilgrims a year and is the spiritual center of the devotion to Our Lady of Guadalupe, who was named the “Queen of Mexico and Empress of the Americas” in 1945.

The church was built near the hill of Tepeyac where the Virgin Mary was believed to have appeared to Saint Juan Diego in 1531, leaving an imprinted image on his cloak that is displayed today.

The shrine’s popularity as a place of worship led to the opening of the new Basilica de Guadalupe building next door to the original yellow-domed church. Designed by the Mexican architect Pedro Ramírez Vázquez, the huge, stadium-like structure can hold more than 40,000 people. The image of the Virgin now hangs above the main altar, and the Basilica is particularly busy around December 12, the patron’s feast day. 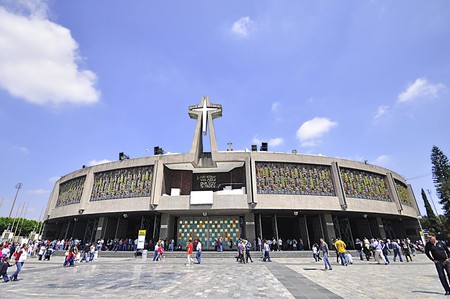 Over the years, Our Lady of Guadalupe has gained a reputation as a powerful miracle worker. Pilgrims from across Mexico and beyond flock to the site to make petitions to the Virgin. Some researchers have claimed that the image on the cloak has miraculously survived the humid air of Mexico City, when it should have deteriorated years ago.

In 1921, an anti-Catholic radical concealed a bomb in a bouquet of flowers and left it next to the altar. The blast smashed windows, destroyed the marble altar and bent a brass Crucifix, but the image itself was left totally unharmed. The damaged Crucifix is still displayed in the shrine museum.

The Virgin of Guadalupe also heavily contributed to the acceptance of Christianity by indigenous Mexicans. Many scholars argue that the devotion is in fact an indigenous practice dressed up as Christian by a church eager to gain devotees. Long before the arrival of the Spanish in the sixteenth century, Tonantzin, the Aztec mother goddess, was worshipped in the area now reserved for Guadalupe.

The image of Guadalupe has become one of the most important patriotic symbols in Mexico. The devotion combines elements from Spanish and Aztec religion, reflecting the mixture of the cultures which together form the country. 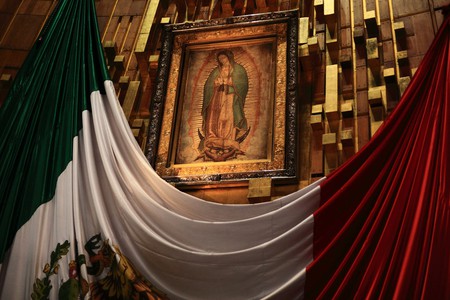 In 1810, Father Miguel Hidalgo launched his successful campaign for Mexican independence from Spain with his famous cry, “Death to the Spaniards and long live the Virgin of Guadalupe!”

The Basilica of Guadalupe is the epicenter of Mexican Catholicism and has hosted two popes and an array of world leaders and foreign dignitaries. Guests have included the former Spanish king and queen, Juan Carlos I and Sofía, and the late US president John F. Kennedy.

You can reach the Basilica by taking the metro to La Villa–Basilica station, then heading two blocks north up Calzada de Guadalupe.