Baja Med: What to Know About Mexico's Most Exciting Culinary Movement 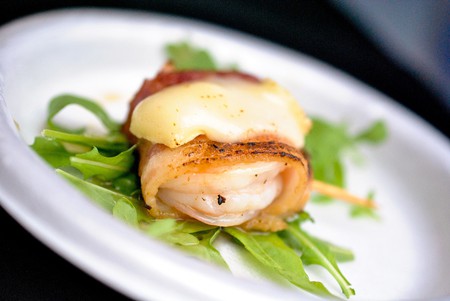 The Baja Med movement originates from Mexico’s Baja California and is now grabbing the spotlight in both Mexican and international culinary circles. Although the states of Oaxaca and Michoacán are still heralded as Mexico’s traditional culinary hubs, the Baja Med scene has a vibrant, innovative philosophy that has caused ripples worldwide. A fascinating blend of Mexican, Mediterranean and Asian influences, Baja Med options are now available in all of Mexico’s major tourist destinations.

Seafood figures heavily in Baja Med cuisine, which is not surprising considering you’re never too far from the ocean in Baja California, one of the world’s longest peninsulas.

The Mediterranean aspect of the cuisine comes from the heavy use of wine, olive oil, arugula and other ingredients that flourish in Baja California’s Mediterranean-style climate. The Mexican element is born from a deep respect for the flavors and spices used in the country’s traditional cuisine. The Asian influence can be seen in certain cooking techniques and in the use of ingredients such as lemongrass. 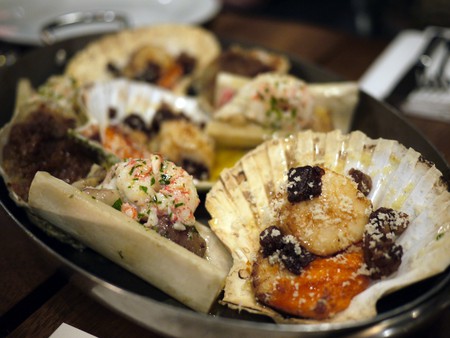 Together these strands are fused together to create an innovative and provocative blend of taste and textures.

The Baja Med movement is also defined by its dramatically presented dishes, and a deep respect for the environment. Baja Med restaurants tend to source as many of their ingredients from local producers as possible.

Signature dishes associated with the movement include tempura fish tacos and beet carpaccio.

The first of these are batter-fried fish tacos that originated from the large Japanese immigrant population who worked as fishermen in the coastal city of Ensenada in Baja California. The new arrivals began arriving in the 1930s, bringing tempura – a technique for deep-frying fish in batter – to Mexico. Originally the tacos were made with shark meat, but dwindling shark populations have made this an expensive and unethical option. Today, tilapia or cod are used instead, and the tacos are available and popular throughout the country. 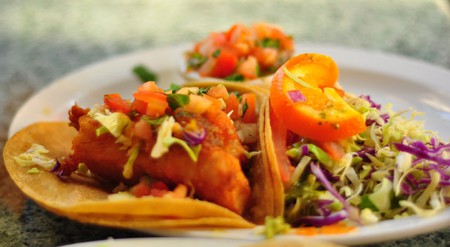 Beet carpaccio is another quintessential Baja Med dish based on an Italian recipe that uses thinly sliced meat or fish. The Baja variation of this Italian classic uses beet plant instead to create a light and healthy starter. Typically served with blue cheese and mint vinaigrette, the tasty dish is now a regular fixture on the menus of many top Mexican restaurants. 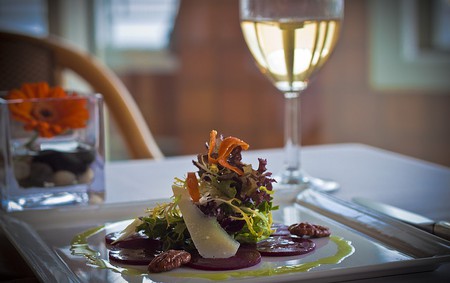 In recent years, the Baja Med movement has come to the forefront thanks to famous chefs such as Javier Plascencia and Miguel Ángel Guerrero. Both born in Tijuana, the iconic chefs have launched numerous restaurants that feature the cuisine.

Although Tijuana was once considered little more than a seedy party town, the area has reinvented itself in recent years.

Restaurants such as Plascencia’s Misión 19 and Guerrero’s La Querencia have put the sprawling border city on the culinary map.

Many restaurants in the nearby Valle de Guadalupe, the epicenter of Mexico’s wine country, have taken on chefs associated with the movement. In faraway Tulum, restaurants such as Mur Mur are now offering excellent Baja Med cuisine. Even international cooking icons such as Anthony Bourdain and Rick Bayless have visited Baja California and written glowing reports on the region. 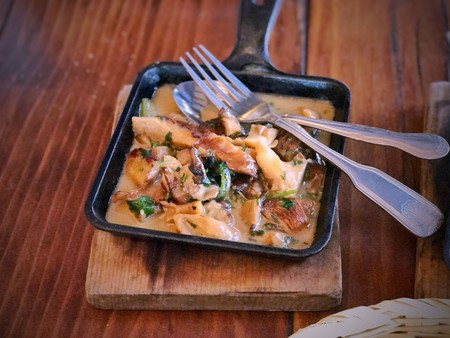