How Mexico Formed A United National Identity Through Art

Beginning in 1910, the Mexican Revolution spawned a cultural renaissance, inspiring artists to look inward in search of a specifically Mexican artistic language. This visual vocabulary was designed to transcend the realm of the arts and give a national identity to this population undergoing transition. We take a closer look at the artworks produced during this turbulent time in Mexican history, considering the ways in which visual art created a unified Mexican aesthetic. 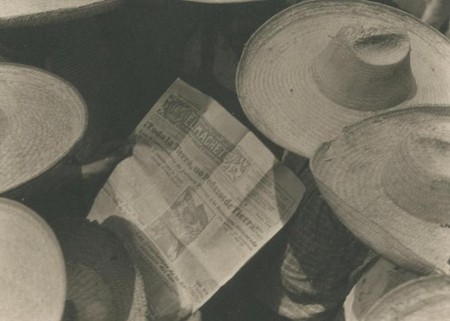 Born in 1907, renowned Mexican painter and political activist Frida Kahlo would say that she was born the year the Mexican Revolution started. This national rebellion proved such an integral part of the artist’s life and work that she correlated her entrance into the world with the moment in which the Mexican people began to act in force to restore their land to the hands of its citizens.

The revival of a purely Mexican artistic voice in response to revolution is the subject of the 2013 exhibition at the Royal Academy of Arts (RCA) in London. Along with Kahlo’s painfully revealing works of art, this retrospective also brought about ardent political imagery in the form of murals by Diego Rivera, José Clemente Orozco and David Alfaro Siqueiros. As vibrations of communal fervor reached artists and activists across the Atlantic, European figures such as Josef Albers, Edward Burra, and Henri Cartier-Bresson journeyed to Mexico to join in the dynamism. These artists sought, above all, to create a specifically Mexican identity and unity.

This cultural renaissance originated with the widespread political dissent felt by the Mexican people at the turn of the century. The previous century had been one of tumult, defeat, and problematic modernization. War with the United States had led to a tremendous loss of Mexican land, French intervention under Emperor Napoleon III, and the near dictatorship of Porfirio Diaz; and mass industrialization displaced a largely rural population. The autocratic Diaz sat firmly in a seat of power for over a quarter of a century, and in 1910 was finally removed at the hand of Francisco Madero and other guerilla leaders like Pancho Villa and Emiliano Zapata. That these three leaders differed greatly in their beliefs led to utter bedlam, and revealed the ideological inadequacies of the Revolution as a whole.

Led jointly by elites who had benefited from industrialization as well as farmers, the unemployed, and those whose land had been seized by the government for agricultural use, the rebellion was scattered and unfocused. Without a philosophy or ideology on which to stand, the ongoing contention resembled more of a labor uprising than a political movement. Nevertheless, centuries of oppression – European and otherwise – had catastrophic results. 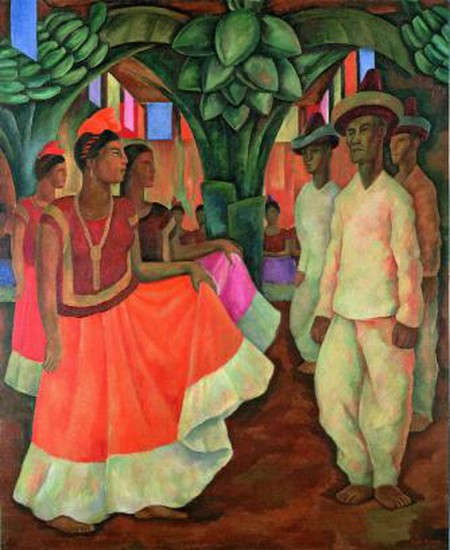 In a country with an almost 90 percent illiteracy rate, there was a call for artists to depict the desires of the revolution. Born in 1886, Mexican muralist Diego Rivera was elected to adorn the walls of the Escuela Nacional Preparatoria in Mexico City. As the first mural of this kind, the government paid for the artist to travel to Italy and study the techniques of Renaissance and Baroque masters. While he trained in Europe, Rivera’s style was specifically Mexican. Art under Porfirio Diaz had been tinged with a European aesthetic and sentiment, as though celebratory of the Spanish conquest of Aztec land. Rivera’s murals were a notable divergence from the art of this time, and they were hailed by Soviet poet and renegade futurist Vladimir Mayakovsky as the Communist world’s ‘first frescoes.’

Diego Rivera, together with José Clemente Orozco and David Alfaro Siqueiros, became known as ‘Los Tres Grandes,’ or ‘The Big Three.’ Despite their differing political beliefs, the three artists played an instrumental role in building a national identity. Their murals found inspiration in the visual remains of the Catholic conquistadores and the wall paintings of Aztec cultures in an artistic vocabulary that united the complex histories of the Mexican people. The actualization of these scenes through art served a social purpose: to establish a public, unrestricted dialogue. The Big Three had grown up during the time of Diaz, within a highly socially and economically stratified society, and the proliferation of information fought against these inequalities.

The nature of the mural is permanent; thus the exhibition at the RCA London focused instead on the moveable artworks of these seminal figures of the 20th century. It was not only the Mexicans, however, who gained artistic impetus from the country’s revolutionary activity. Along with artists like Josef Albers, Edward Burra, Robert Capa and Henri Cartier-Bresson, Surrealist founder André Breton was inspired by the uncanny otherness he found in the country. He dubbed Mexico “the Surrealist place par excellence.” While she outwardly denied the claim, it was Breton’s interpretation that categorized Frida Kahlo as one of the greatest women Surrealists of the century. 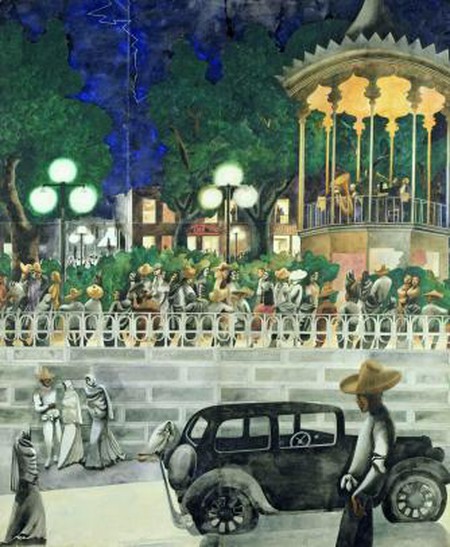 Although Kahlo’s dreamlike approach to art took the inward focus of her contemporaries to a more personal level, her flamboyant attire and intimate expression served a political purpose rather than a Surrealist one. Through her costume she rejected the European clothing that had become predominant in Mexico, and her depiction of her own physical trauma served as a reflection of the suffering she saw in her country.

Without intending to do so, artists of the Mexican Revolution created a lasting impact on an international scale. Siqueiros moved to New York and led the Siqueiros Experimental Workshop, taking as a student American Abstract Expressionist Jackson Pollock. Like the Mexican Muralists, Pollock rejected the easel picture as a relevant surface for artistic endeavors, calling it a dying form. It was in the experimental workshop where Siqueiros encouraged the young artist to pour, drip and splatter industrial paints onto his surface, giving birth to Abstract Expressionism. This group of artists whose goal had been to stimulate Mexican nationalism, playing an instrumental role in international art history.