An Art Deco Tour Of Mexico City In 9 Buildings

Art Deco detailing | © Dean Hochman/Flickr
Throughout the 20s, art deco experienced a veritable boom in Mexico City neighborhoods such as Condesa and La Roma. To this day, there are some 275 examples of art deco architecture existing in the two colonias combined, so it’s practically impossible to not see some sort of art deco architecture. However, for a proper dip into the art deco world, Avenidas México and Amsterdam in Condesa are must-visit destinations, along with the following nine buildings.

Designed by prolific art deco architect Ernesto Buenrostro, Edificio Tehuacan in Condesa is a classic and more holistic example of art deco than the Palacio de Bellas Artes. First completed in 1931, the external façade features all the elements typical of the movement, including striking geometric designs contrasted by sweeping curves. Edificio Tehuacán now houses Hippodrome Hotel, which has slightly updated some of the original features. 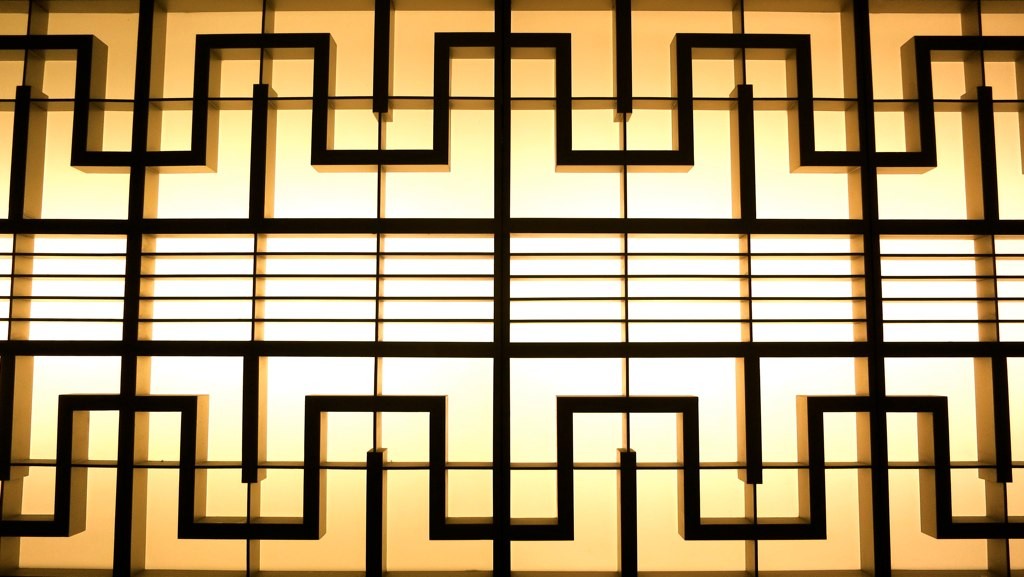 Villa
Monumento a la Revolución | © Eneas De Troya/Flickr
Book Now
This monument was 28 years in the making and is considered the largest triumphal arch in the world. It’s also a textbook example of art deco architecture that you simply can’t miss when in Mexico City. Now a mausoleum for some of the heroes of the Revolution which it pays homage to, this monument was designed by Carlos Obregón Santacilia.
More Info
Open In Google Maps
S/N Plaza de la República, Tabacalera Ciudad de México, Ciudad de México, 6030, Mexico
+525555922038
Visit website

Building
Smack bang in the center of the historical heart of Mexico City is another fantastic example of art deco architecture at its best; Edificio La Nacional. Now an office building, it sits across from the Palacio de Bellas Artes and was once Mexico City’s tallest building. Another fun fact is that the neighbouring Sears store, known as ‘La Nacional II’, has a top floor café which offers an excellent view of the Palacio’s tiled roof.
More Info
Open In Google Maps
Edificio La Nacional Colonia Centro, Centro Ciudad de México, Ciudad de México, 6000, Mexico

Museum
The building which houses the Museo de Arte Popular was originally constructed in 1927. Under the watchful eye of architect Vicente Mendiola, it has a gorgeous art deco, geometric design and clean white exterior that feature some intriguing Mexican touches; the external stone carvings detail pre-Hispanic motifs. Despite being badly damaged in the 1985 Mexico City earthquake, in 1990 the building was restored and later turned into a museum.
More Info
Open In Google Maps
Mexico City, Mexico
Visit website

Park
Parque México is a beautiful Art Deco destination | © drmtoiber/Flickr
Less a building and more the spiritual centre of art deco architecture in Mexico City, Parque México is hemmed in on all sides by exquisite examples of Colonia Condesa’s roaring 20s past. However, within the park itself you can also marvel over some art deco features, such as its functional, ironwork clock tower and fountains. Definitely pass an hour or two here if you’re intrigued by art deco.
More Info
Open In Google Maps
19 Avenida México, Hipódromo Condesa Ciudad de México, Ciudad de México, 6100, Mexico
+5215526989331
Visit website

Just off the aforementioned Parque México is another brilliant example of art deco design that’s worthy of its own mention. It was designed by the well-known art deco architect Ernesto Buenrostro and encapsulates many of the key themes of art deco, like geometric design and chevrons. Some particularly stand out features are the ornate doorway and porch, which are more than worth snapping a few pictures of. 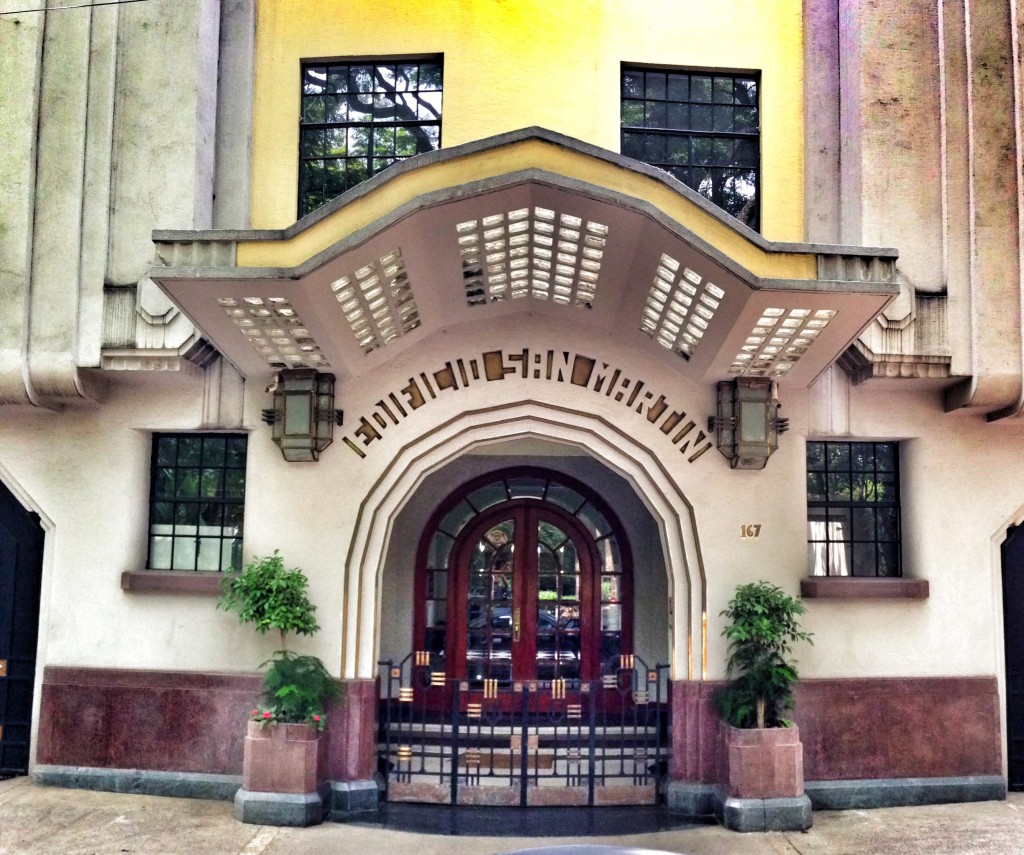 Cinema, Shop, Store
The work of American architect Charles Lee, the Centro Cultural Bella Época has gone through many name changes in its illustrious history but one thing that has remained a constant is the art deco architecture for which it’s predominantly known. It now houses the Rosario Castellanos book store, as well as regular cinema events, so this would be a one-stop shop for art deco and cultural lovers alike.
More Info
Open In Google Maps
202 Avenida Tamaulipas, Hipódromo Ciudad de México, Ciudad de México, 6100, Mexico

We round off our tour of Mexico City in notable art deco buildings with the Edificio Basurto. Designed by Francisco Serrano, Edifico Basurto finds itself smack bang in the heart of the Condesa’s art deco hub. The combination of straight edges and sensual curves come together to form this magnificent and iconic fourteen-floor edifice, whose helical stairwell is instantly recognisable. 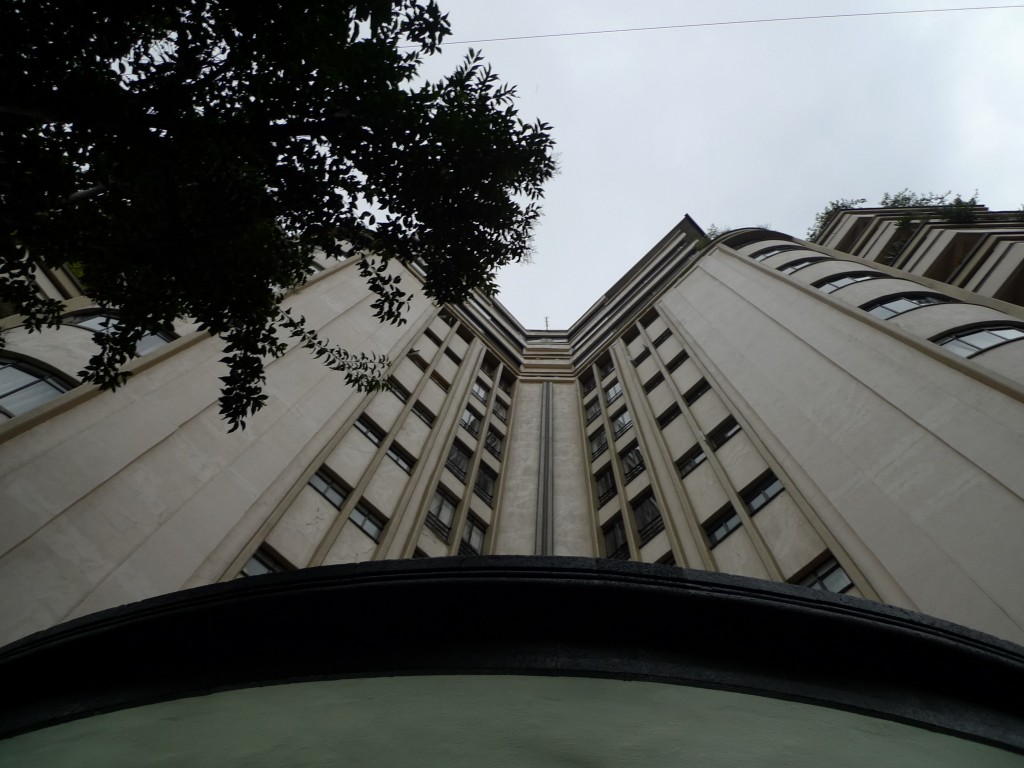