An Introduction To Pelota Mixteca 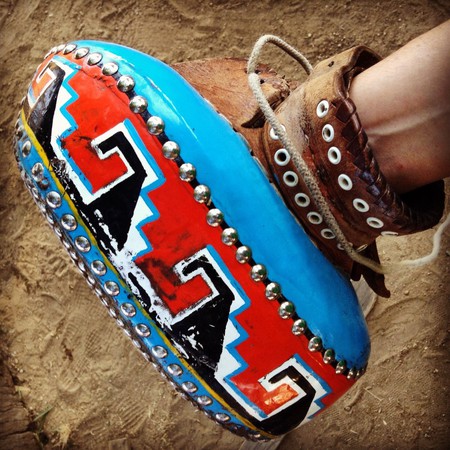 Not to be confused with the long extinct (for the most part) Mesoamerican ballgame, several variations of pelota mixteca (Mixtec Ball) is still played in certain regions across Mexico. Here’s everything you need to know about this traditional sport.

While you’ll often hear pelota mixteca applied as a generic term, there are actually a few variations of the game in existence that differ from region-to-region and use subtly different balls. The first version is pelota mixteca de hule, which is often taken as the original and perhaps most widespread iteration of the sport. In this version, players use a rubber ball that is heavier and often more colorful than in other versions. However, legend states that when the Spaniards arrived and seized control of rubber production in Mexico, the game had to adapt. This led to the addition of suede covers on the heavily used rubber balls and the invention of pelota mixteca de forro. The final, and perhaps least played version nowadays, is the pelota mixteca del valle or de esponja, named as such for its incredibly lightweight sponge ball. This latter iteration is one of the only pelota mixteca versions played by Zapotec as well as Mixtec people. 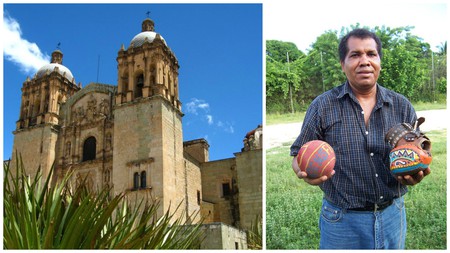 Oaxaca, where the game continues to be played | © Lorena/Flickr / Pelota Mixteca ball and glove | © Scott Kraft/Flickr

Aside from the balls, heavily decorated gloves are a large part of the game, too, despite being a later development. Legend has it that the gloves first came about in the Oaxacan town of Ejutla de Crespo – to protect himself from the heavy and fast moving balls, one player tightly bandaged his hand in leather before the start of the game. It’s said that this led to the creation of the elaborate and artisanal gloves that are now used in most regions that practice pelota mixteca. Often hand decorated and studded with nails, the gloves are actually pretty hefty, with some weighing in at around 6 kilograms.

However, whilst the equipment varies, both the size and shape of the long, thin pitch and the complex scoring rules remain the same in all versions. Each team has five players who position themselves on their respective half of the peculiarly long and narrow court, which has a hard surface not unlike that of a tennis court. The idea is to hit the ball back and forth, with the team that hits the ball out of play or fails to return the shot forfeiting points to the opposing team. 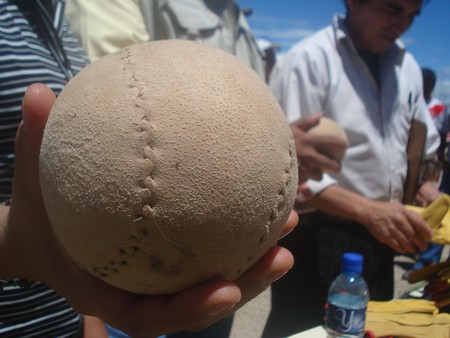 While the roots and origins of pelota mixteca are rather murky, it’s thought by many to be a descendent of the Mesoamerican ballgame (which you can read more about here), although other sources believe that it shares far more similarities with European sports. Due to its close similarity with modern day tennis (minus the net and substituting rackets for gloves, of course) it’s claimed that it was probably adapted from Franco-Flemish sports that first became Basque or Valencian Pelota and were afterwards brought to Mexico with the Spanish conquistadors. 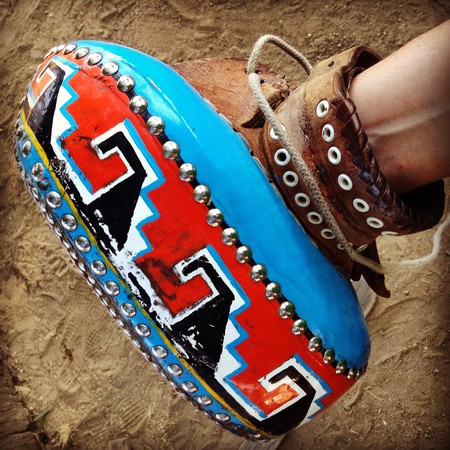 Nowadays, this intriguing game is played principally in the southern states of Oaxaca (where you’re likely to see pelota mixteca de hule) and Guerrero, where a high volume of indigenous people still reside, although there are pockets of pelota mixteca activity in Mexico City and even in parts of the U.S., too. If you fancy catching a game of pelota mixteca next time you’re in Mexico, just ten minutes from the popular tourist town of Puerto Escondido, in Bajos de Chila, you can see teams competing against one another, particularly during the month of February. 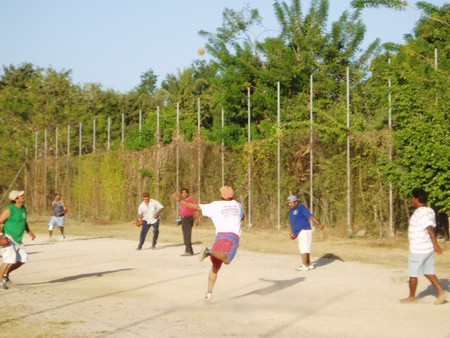