An Introduction to Mexican Telenovelas in 10 Shows 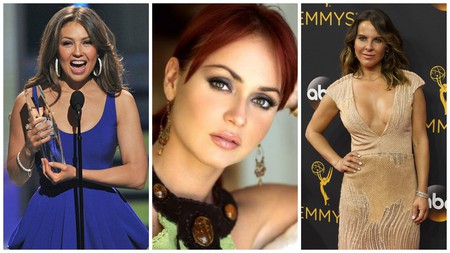 After its rising popularity across Latin America, telenovelas made their way into Asia and even across to Spain. However, it’s in Mexico where these serial dramas that are shorter than a soap opera but far lengthier and convoluted than a typical show are arguably most popular. Here’s your introduction to the wonderful world of Mexican telenovelas in 10 key shows.

La Reina del Sur stars controversy-courting, uber successful Mexican actress Kate del Castillo in arguably her best-known role. As an adaptation of Arturo Perez Reverte’s novel of the same name, La Reina del Sur details the sordid life of the eponymous Queen of the South’s (Teresa Mendoza’s) rise to drug running power and fame in Sinaloa and Europe. Loosely based on a real-life story, this adaptation is one of Mexico’s biggest telenovelas to date and has a peculiarly catchy theme song.

Moving on to an older telenovela with Los Ricos También Lloran, starring Verónica Castro as Mariana Villareal, this Mexican offering was a strange success in Russia and launched its star into a wider, international limelight many years after first being released. The story detailed the escape of Villareal (Castro) to Mexico City following her father’s death, where she is taken in by millionaire Don Alberto Salvatierra (Augusto Benedico) and eventually seduced by his son Luis (Rogelio Guerra).

The first telenovela to buy into the supervillain trend with the odious but enthralling Catalina Creel (María Rubio), Televisa’s Cuna de Lobos details the power struggles and in-fighting of a rich Mexican family over a mammoth 170 episodes. So popular was this telenovela in Mexico, the night of the series finale saw the streets of Mexico City virtually deserted as people stayed home to find out what would become of the main cast, a la the Seinfeld finale in the US.

The telenovela behind one of the most iconic lines of all time – “Odio ser pobre!” – Teresa is, unsurprisingly, the story of money-obsessed titular character Teresa Chavez (played by French-born Mexican actress Angelique Boyer) who wants to leave behind her life of poverty. Actually a remake of a 1959 version, the 2010 iteration is easily the most successful of the two, taking you through the ups and downs of Teresa’s life and love before leaving two wildly different endings for you to choose from.

A remake of a remake, La Usurpadora is the Mexican version of not one but two Venezuelan novelas that ran in 1986 and 1971, respectively. The plotline centers on identical, separated-at-birth twin sisters Paola and Paulina (both played by Gabriela Spanic), the latter of which is exploited and blackmailed by the wealthier former, so Paola can run off for a year with her lover Alessandro and leave Paulina living with her husband, Carlos Daniel Bracho (Fernando Colunga). It was one of the most exported Mexican telenovelas of all time.

The María Trilogy encompasses three separate shows, María Mercedes, Marimar and María la del Barrio, all headed up by Mexican singer and actress Thalía. In María Mercedes, María (Thalía) is young and in poverty, before she marries by chance into a dying man’s family and her life takes a sharp turn. Marimar is a similar rags-to-riches story, in which Thalía’s character again marries into a rich family and is hated by her step-mother-in-law Angélica (Chantal Andere). Finally, 1995’s María la del Barrio (a remake of the aforementioned Los Ricos También Lloran) stars Fernando Colunga opposite Thalía and is one of Mexico’s most successful telenovelas of all time, having been broadcast in 180 countries. It all starred Itatí Cantoral as villain Soraya Montenegro, the character that launched a thousand memes.

This telenovela launched the budding career of Mexican actress Bárbara Mori, who played the titular role of Rubí, the poor yet privileged heroine/villain of the show. Again, this is another remake of a past telenovela (this time from 1968) and is based on a short story by Yolanda Vargas Dulché. Climbing her way up the social ladder through befriending the rich (such as Maribel, played by Jacqueline Bracamontes), Rubí winds up disfigured and alone by the end of the 115-episode telenovela.

Finally we have Rebelde, a novela that, despite being yet again a remake of an Argentine series called Rebelde Way, is actually fairly unique in its own right. Starring a cast made up of real life band members (from the popular Mexican group RBD), the plot of Rebelde is set in a Mexico City high school and is famed for its use of English words thrown into the dialogue in a way characteristic of actual Mexico City fresas (posh kids). It ran for a whopping 440 episodes and featured some frankly bizarre cameos from Hilary Duff and even Lenny Kravitz.