An Introduction to Mexican Reggae in 10 Songs 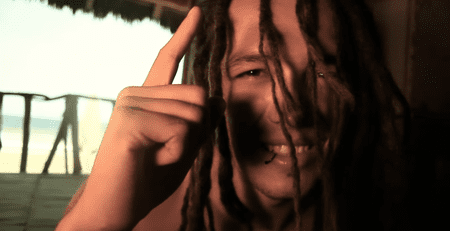 Mexican reggae is one of the coolest genres the country has to offer, yet it remains massively underrated on a global scale. If you’re interested in the Mexican music scene, or even just reggae as a whole, this comprehensive introduction to Mexican reggae is the article for you; from Jalisco’s Golden Ganga and La Yaga, to the exquisitely named Los Yerberos from Mexico City, we’ve rounded up the top 10 examples of Mexican reggae that you won’t be able to stop listening to.

Easily one of the biggest names on the Mexican reggae scene is the long-running band Antidoping. Hailing from Mexico City, they’ve made their mark on the genre over the span of their 25-year career and continue to release new music to this day. However, their popular song Sal a Caminar remains one of the most iconic examples of their style, sound and Mexican reggae rhythm that was pioneering when they formed way back in 1992.

Self-described as a mixture of hip-hop and reggae, Golden Ganga’s style can be eclectic but most certainly errs on the side of reggae in the majority of cases. Based in the western state of Jalisco where they formed in 2006, their first record was released in 2008. However, their song Aire is perhaps the best example of their trademark sound and is accompanied by a beautifully filmed video that will make you want to head to the beach.

From Ganga to Ganja, we’re sensing a theme in the names of these Mexican reggae bands. Ganja-with-a-J is one of the pioneers of the reggae genre in Mexico, having formed in Mexico City in 1995. For over 20 years they’ve continued to blend together a fusion sound influenced in part by salsa and jazz music, while always heavily featuring reggae in their singles. By far and away one of their most popular tracks is Caminando.

Baja California produces some of the country’s best reggae bands and artists and KL Reggae is perhaps one of the most successful to hail from this tourist-friendly Mexican peninsula. Founded in 2003, they continue to promote messages of peace and justice through the lyrics to their most popular songs and perform with various world-famous artists across Mexico. If you want an intro to KL Reggae though, you must listen to Vamos Caminando.

Another of the first-wave reggae bands in Mexico, La Yaga was formed in Guadalajara rather than Mexico City and released their first album in 1998. Of all the groups on our guide, they perhaps touch on the most important social issues, like ecology, human rights and Mexico’s numerous indigenous groups. 2012’s Es Ahora is their latest disc, but their most iconic record remains 1998’s Liberación, which is why the must-listen song is Liberación.

One of the newer reggae groups to make our introduction, Corpusklan only started life in Cancún, 2004. However, the quality of their reggae is impressive to say the least. While they dabble in dancehall at times, their first song for which they filmed an official video, No Me Dejaré Caer, is a sax-heavy, reggae rhythm masterpiece that everyone ought to listen to at least once. Keep your fingers crossed for new music and shows from them in the near future.

Having gained mainstream success at roughly the same time as Antidoping, Los Yerberos were also one of the first bands to bring Mexican reggae into the public interest, becoming pioneers for all those that were to follow. Therefore, their songs make for essential listening. Their fusions of pop/rock and reggae proved hugely popular, and although they disbanded in 2002, their 2015 reunion only reignited interest in their music. We recommend, as an introduction, their track Polecia.

Also known as Los Rastrillos, Rastrillos is the oldest reggae group on our guide and happily rode the wave of success when the early 90s saw a growth in Mexican reggae. Formed in 1989 as an underground band in the questionable Mexico City neighborhood of Iztapalapa, Rastrillos continue to release new music to this day, although their style incorporates a much broader range of influences. Their must-listen song is undoubtedly Basyer.

Moving from one of the oldest Mexican reggae bands to one of the newest – Vibra Muchá. Combining an intriguing mixture of styles and genres, such as trip-hop, jazz and the traditionally Mexican Son Jarocho, their music remains rooted in reggae. One notable aspect of this youthful group is that all the members studied a degree related in some way to music. If you’re interested in the new wave of Mexican reggae then their song Pretexto is one that you can’t miss.

To round off our introduction to Mexican reggae, we have the Guadalajara-based group La Celestina. While all the members are from various parts of the country, this western city is where they joined forces to create one of the best reggae bands on the scene almost 20 years ago. Again, they bring in elements of funk and cumbia to their music making it a unique listening experience and their most recent album even has worldbeat influence. If you had to choose just one song, listen to Para Tí.