An Introduction to Mayan Culture as Told Through Clothing 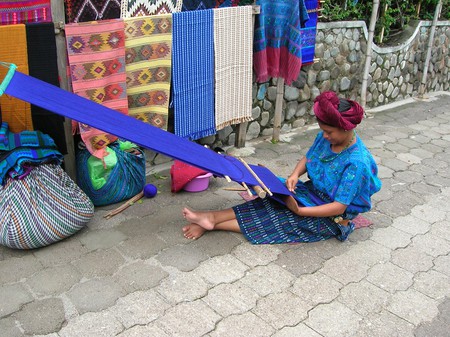 A Maya Woman Using a Back Loom │© antjojo / flickr

The Maya people are the proud, pre-Colombian peoples who inhabited Mesoamerica, a swath of land that reached all the way from Central Mexico to as far as the western coast of Costa Rica. Grand cities, an intricate gastronomia, and the fascinating rituals and games of these indigenous people still fascinate antropoligists today. There are still many things we don’t know about the ancient Maya, but there are a few hints in their clothing, both today and in the past, that give us a clue to how they lived and the way they spend their time. 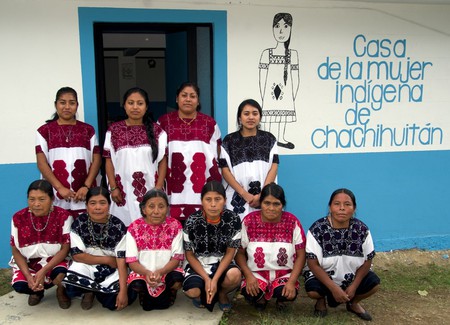 Textile production tools (looms, spindles and others) have been found in the ruins of both high and low classes of housing. It’s therefore assumed that most people across society where invovled in creating textiles. Most of the Mayan clothing was made on back looms. These are small looms that have one side is tied to a stationary object and the other to the weaver themselves.

These looms were light and portable and were able to go anywhere the weaver went. Today’s backlooms (which are still used by Maya descendents in many locations throughout what was once Mesoamerica) are much larger machines and can create much larger pieces of cloth.

It’s believed that the Maya used several different types of materials to weave cloth. Upper classes are likely to have fine thread made from cotton and lower classes rougher thread made from the fibers of agave plants or tree bark. This theory is only conjecture as the moment because most of what we know about ancient clothing is through images and sculpture, and even then, it’s mainly the accounts of the upper eschelons of society. 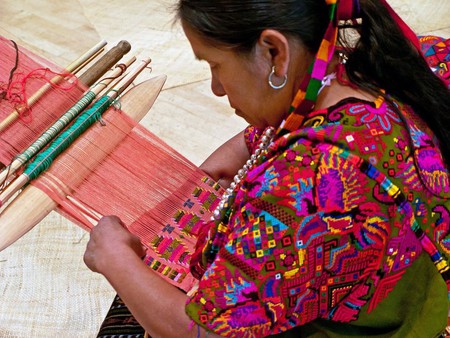 A Maya Woman Using a Back Loom │ | © majunznk / flickr

What did they wear?

The Maya clothing was never fitted tight to the body but always loosely draped, often tied in place with belts or other fabric. Men generally wore a loincloth that was a length of fabric wrapped several times around the body and between the legs. They would include a tunic-like shirt or manta (a bit like a poncho) when the weather was cooler.

Women wore long skirts, sometimes with a band of fabric covering their breasts and sometimes not. The skirts were lengths of woven fabric wrapped around their bodies several times and sometimes tied with a belt or with another tunic-like shirt wore over them. The tunic-like shirts (without actual sleeves, just holes for the arms and the head, but extra fabric at the shoulders that made them extend out slighty from the shoulders) were called huipils. These tunic were sometimes as long as dresses.

For rituals and other special occations, both men and women would often wear elaborate headdresses and bright, colorful jewelry items that would speak of their status in society. 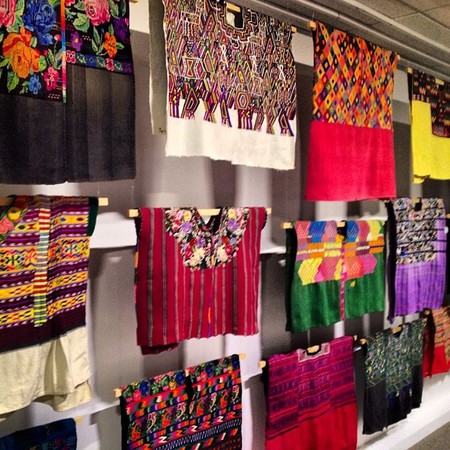 What about the colors?

The bright and varied colors of the Mayan clothe are another insight into their culture. They were obviously very close to the nature around them and utlized what the natural world offered in order to dye their clothing. They use tiny insects called cochineal that live on local cactus to dye their clothing red, they procured purple dye from Plicopurpura pansa (marine molluscs) by crushing, boiling, or milking the shells to extract the dye. They worked with indigo plants to perform the long process necessary to use the plants to dye cloth blue.

Color combinations were and still are important. Certain primary colors woven with certain other secodnary colors are ways Maya still identify which community made which traditional clothing item. According to this website, a bright huipil of predominantly orange and red, interwoven with various minor colors such as green and blue, with a specific geometric pattern, identifies the wearer as a woman from San Antonio Aguascalientes. Lots of specific color combinations like this exist even today.

A Maya Woman Using a Back Loom │ | © antjojo / flickr

What about today’s Maya people?

Today, the ancestors of the great Maya of Mesoamerica come in many forms and styles. Many mestizo (or mixed) Mexican have a certain amount of Maya blood in their heritage. Communities in which the majority of the population is 100% Maya often still don traditional dress as a way of both perserving and honoring their culture.

As mentioned previously, much of Mayan cloth is still woven on a backloom and young, urban designers are beginning to discover and appreciate this traditional craft. You can now find Mayan clothing (or at least clothing that is similar to the original styles) in high-end boutique throughout Mexico and Guatemala.

In many rural communities, organizations have been founded for the very purpose of safeguarding this incredible artisanal craft.