An Indigenous Community Hopes Tourism Will Save a Forest in Mexico 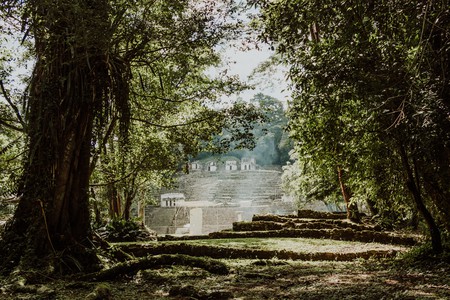 The Lacandon Maya, just 800 strong, guard one of the world’s most beautiful and endangered rainforests. They are betting on tourism to slow an onslaught of deforestation and defaunation.

The Hach Winik, known to outsiders as the Lacandon Maya, believe visitors can help them save the Lacandon Jungle. They number around 800 and live just inside Mexico on the border with Guatemala. Considering the odds, they should stand no chance against the combined aggression of cattle, lumber and African palm interests and an influx of tens of thousands of settlers desperate for land. But they have outwitted conquerors for centuries, and refuse to give up their fight for the forest. 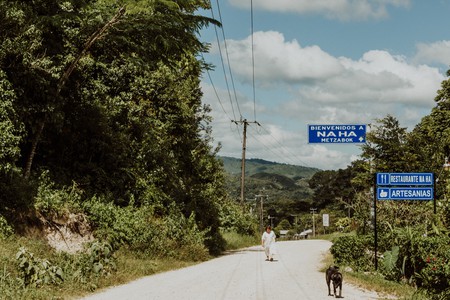 They are the only Maya people who were never conquered by the Spanish. They lived in the last free Maya strongholds near the enormous ancient city of Tikal, and when the region finally fell to colonial armies in the 1690s, some chose to retreat into the forest. As the rest of the Maya world – from southern Mexico through Guatemala and into Honduras and El Salvador – was subjected to impoverishment, slave labor and forced conversion to Christianity, the Hach Winik settled into life in the jungle. 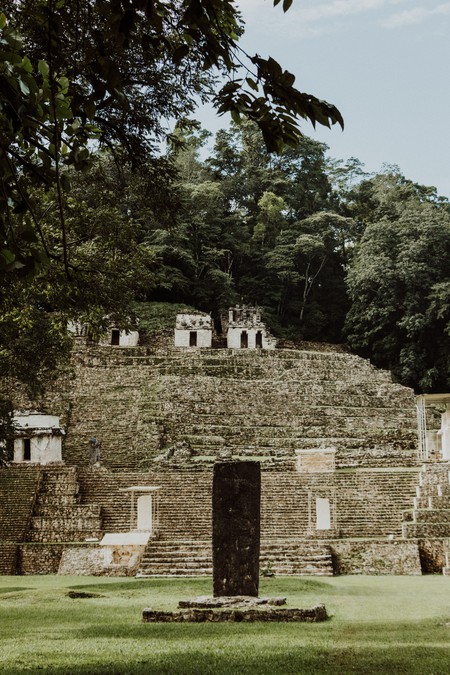 The Maya retreated deep into the forest to avoid Spanish persecution and death, taking their traditions with them | Patricia Macías López / © Culture Trip

Today, they live Maya traditions that have been destroyed almost everywhere else.

Traditions for life and death

Enrique Chankin of the Top Che hostel in Lacanjá Chansayab has a photo of his grandmother’s burial. She died in her home in a clearing in the jungle, under her palm-thatched roof. Her son and another relative placed her body in a hammock, attached the hammock’s two ends to a wooden pole and carried her to her deep, narrow grave. They laid the pole down so that she will lie suspended in the ground, forever. A thousand kilometers to the northeast on the Caribbean coast, a plaque for tourists at the ancient Maya city of Tulum shows an image from an ancient text that depicts this exact kind of burial. 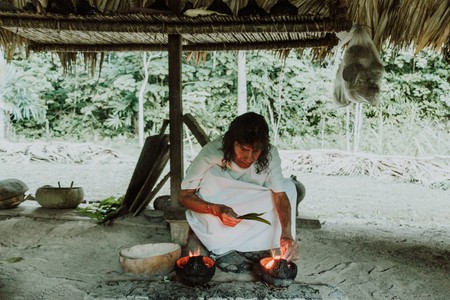 The ceremonies of the Maya today are the same as ancient ones from centuries ago, preserved thanks to years of hiding | Patricia Macías López / © Culture Trip

Don Antonio from Nahá speaks with gods such as Hachakyum and Chanok when he lights fires in small ceramic bowls, each with a head of a deity on its lip. A thousand kilometers to the west, Oaxaca’s Monte Albán Museum displays similar centuries-old ceremonial vessels.

Hach Winik guides take visitors through the jungle and show how their people draw on centuries of knowledge to use the forest as their pharmacy. They point out the plants they use to cure everything from the flu and kidney stones to the bites of the most venomous snakes in the hemisphere. Their pharmacy’s biodiversity is stunning; the Lacandon Jungle is home to tropical jungle, pine and oak forests, and open savannahs and wetlands that boast over 4,300 species of plants. The forest even provides a plant that the Hach Winik use in place of salt, the tree that brought the world chewing gum and the plant used to dye US dollars green. 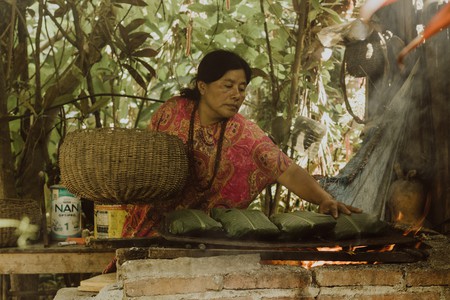 The Maya carry on the knowledge of medicinal plants and crop cultivation, which today is too often lost in modernity | Patricia Macías López / © Culture Trip

The Hach Winik also maintain the ancient practice of cultivating over two dozen crops in their milpas (fields). Maize, beans, squash, tomatoes, chilis and the rest coexist in single plots, minimizing cleared land. Most Maya communities have not been able to preserve this tradition through centuries of invasion and economic disruption. In Guatemala, two-thirds of Maya children suffer from chronic malnutrition, but the Hach Winik are notoriously healthy. Many Hach Winik say it was common until recently to live past 100 years of age. Stories endure of grandparents living past 120. 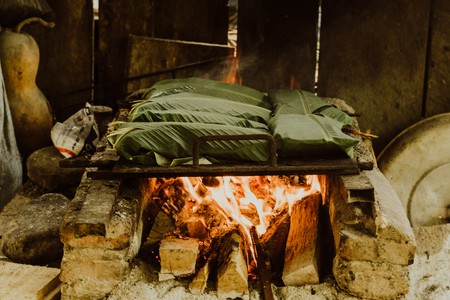 The community wraps food in leaves in order to retain heat and steam in the package, helping cook the juicy contents | Patricia Macías López / © Culture Trip

The threat and the hope

“To the Lacandon people of Naha, who three generations ago lived almost uncontacted deep in the jungle, and, in three generations, may not even remember their language, subjugated by the Mexican government, US-sponsored religions, and the mirage of a false future that promises nothing but consumerism.” –Dedication, Ulises Contreras Cortés, natural resource management among the Lacandon Maya of Naha (1996).

The Hach Winik live alongside at least 117 species of mammals, including roaring howler monkeys, huge tapirs, deer, sloths and jaguars. Seventy species of bats and 80 species of amphibians and reptiles – including the endangered river crocodile, swamp crocodile and white tortoise – inhabit the jungle, as do over 345 species of birds. The scarlet macaw, harpy eagle, resplendent quetzal and king vulture are among the most spectacular. 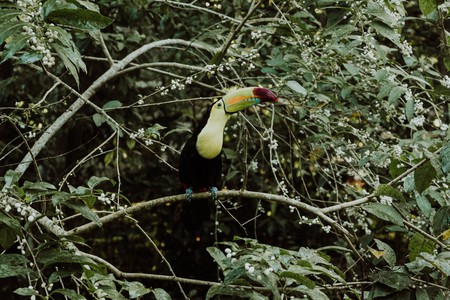 Yet the jungle is quickly vanishing. In just 30 years, the Lacandon Jungle has shrunk from 1.5 million acres (607,028 hectares) to just over 500,000 acres (202,343 hectares). The principal cause of deforestation in the Lacandon Jungle, and worldwide, is cattle. Bogart Ramirez, a tourism consultant with Mexico’s environmental ministry, has assisted Lacandon community efforts to develop tourism since the ’90s. He says, “I used to fly over the jungle and it would get boring! Just one huge sea of green. Now we’ve lost most of it in just a couple of decades. It’s going fast. Before, the lumber companies came in and ransacked the forest. But this is even worse. People clear-cut for cattle, or African palm, and the jungle never recovers. Tourism is, of course, changing these communities… but it’s the best brake we have for everything else.” 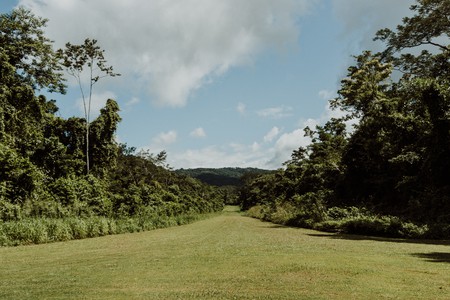 Cattle is one of the main causes of deforestation, rapidly reducing important jungles all over the world | Patricia Macías López / © Culture Trip

Growing demand for beef in both Mexico and the United States drives this deforestation. Mexico is among the world’s top 10 beef exporters and eclipsed Argentina in 2015 and sends approximately 90 percent of its beef to the US.

Many indigenous Chol and Tzeltal communities in this region raise cattle to meet this demand because two generations ago, many of their families were serfs on the estates of powerful landowners who colonized the area to raise cattle. It is what they know how to do. Pablo Chankin, who runs the Tres Lagunas Crocodile Reserve on the border of the jungle, says that the cattle-raising communities have lost the knowledge of preserving the land as they once did. “They’ve forgotten,” he tells Culture Trip. “They don’t know how to live with the jungle without destroying it.” 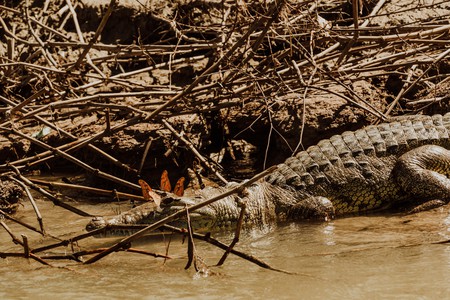 Only now are younger generations seeing opportunities for tourism to help save the forest and the memory of traditions that preserve the land. Vicente Pérez works with a tourism agency and is the son of a taxi driver who takes tourists from Frontera Corozal to the spectacular ancient city of Yaxilán. “A lot of people, especially the older generation, don’t understand that tourism can really create jobs,” says Pérez. “Young people aren’t that interested in working in the fields. We want to do other things.”

Other issues: poaching, religion and education

Chankin agrees with the Hach Winik from other communities that poaching is a major problem, so he set up camera traps to capture it. Hach Winik families hunt animals like tepezcuintles (meaning ‘mountain dog,’ a large rodent) for domestic consumption, but many Chol poachers sell hides and meat in distant markets to supplement their meager cattle incomes. Chankin has done his best to educate his neighbors and to protect his land, and his cameras have captured images of hope – jaguars, tapirs and many other mammals that have returned to his acreage. 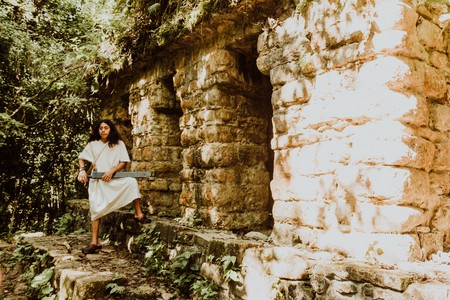 The forest has slowly started to regain its natural wildness and health, thanks to concentrated efforts by the local people | Patricia Macías López / © Culture Trip

But deforestation and defaunation are just two of the many pressures on Hach Winik culture. Since the 1950s, American missionaries have founded dozens of churches in Hach Winik communities, and many Hach Winik, especially in southern Lacandon communities, now call traditional polytheistic beliefs and ceremonies sinful. These new views have created tension in the community and not simply for differences of opinion.

The new churches also encourage families to have as many children as possible and fight to ban Hach Winik ceremonies, including those to seek permission from forest deities to hunt, plant, harvest or fell trees. The revered late Chan K’in Viejo explained his community’s respect for the forest with this maxim: “Hachakyum created the sky and the jungle. In the sky, he sowed stars, and in the jungle, he sowed trees. The roots of the stars and the roots of the trees are the same. That is why whenever a tree falls, so falls a star. The roots of all things are joined at the hands.” This is why they ask consent for every consumption and maintain a sacred reverence in their practices. Pablo Chankin says, “Once you think you don’t have to ask for permission to do things, that you don’t have to show respect, you start to abuse the forest. We can see the consequences.”

Education is another source of stress on Hach Winik communities. Children go to middle and high school in Chol and Tzeltal towns, and to blend in, most students cut their famous long and unkempt hair to avoid ostracization and discrimination.

Top Chankin is 19, and she helps her grandfather Enrique Chankin run the Top Che restaurant and hostel in Lacanjá Chansayab. She is considering going to university but said it was hard to go to high school. “They call us dirty; they call us names. I would call home, and they would make fun of me for speaking Maya. They all spoke Chol and Spanish… It did bother me, made me feel awful, even though I didn’t have to cut my hair like my brothers. But I remembered what my family taught me. That we are Hach Winik; that we care for the forest; that we should not be ashamed. So, I asked my teachers to call the grade together, and we all sat in a circle, and I explained that this hurt… And they began to understand.”

That was a brave thing to do for a girl who comes from a people only 800 strong – a people who are fighting against so much. However, this is what the Hach Winik teach their youth. Learn from the outside, but never forget who you are. Stand for your people. Stand for the forest. 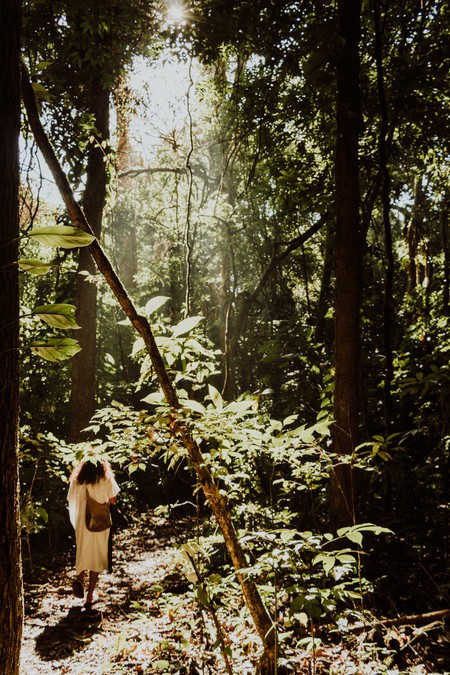