Alfonsina: The Award-Winning Restaurant Hidden in a Home in Oaxaca, Mexico 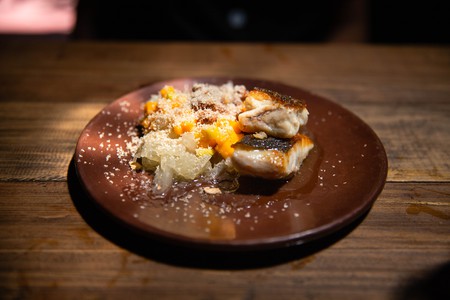 Trained by some of the best chefs in Mexico, Jorge León has created a new, hidden gastronomic experience that mixes traditional home-cooking with five-star dishes.

The best-kept culinary secret of Oaxaca

The façade is just like any other Oaxacan house. The adobe bricks frame the entrance and a series of metallic sheets act as a roof to protect the building from the intense sun. There is no sign, no outdoor terrace, no hostess and no website. The only way to know that this particular residence is actually a restaurant called Alfonsina is by word of mouth.

“That’s the chef’s house,” one of the neighbors says, pointing at the main door. 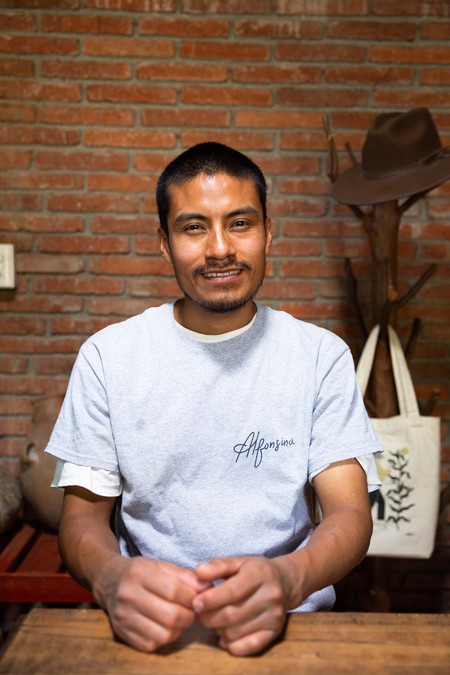 Once you cross the gate, you’re welcomed by the mouthwatering aroma of freshly made tortillas and sweet mole sauce. The kitchen station is right next to the dining tables, so you not only get to enjoy the cooking process from start to finish, you also get the chance to talk to Jorge León, the founder of Alfonsina.

Alfonsina opened its doors to the public in November 2018. After working with some of the best chefs in Mexico, León returned to his hometown with the idea of creating not only a restaurant, but a completely different dining experience. And now, with the help of his mother, Elvia, he mixes traditional and modern techniques to feed locals and foreigners alike.

A home away from home

Located twenty minutes away from Oaxaca City and isolated from the main popular spots, Alfonsina has relied entirely on word-of-mouth to keep afloat. However, despite the limitations, this unusual eatery won the New Restaurant of the Year Award in 2018, granted by New Worlder Magazine. 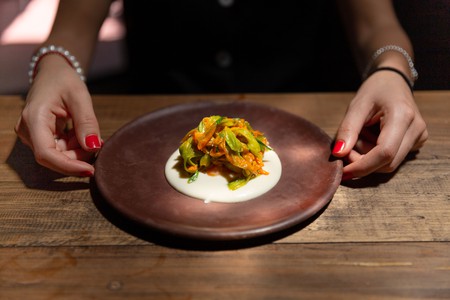 Although chef Jorge is proud of his achievement, he clarifies that Alfonsina is not really a restaurant in the typical sense.

“There isn’t just one word to define Alfonsina,” he says. “It is not only a restaurant or a hotel. It is an experience. Alfonsina is home.”

León says he wanted to create a place where people could eat, but also rest, relax and share their daily lives. That’s the reason he decided to locate it inside his parents’ house and not in a commercial space. Additionally, Alfonsina doesn’t have a fixed menu. Their daily dishes depend on the produce they find at Oaxaca’s Supply Center, which they can customize to meet their clients’ needs.

“We ask our customers if they have allergies, or if they don’t like a particular ingredient, like onions, garlic or hot peppers, so we can prepare a personalized meal. We also use only fresh and seasonal produce, and every day we offer a different option. Our dishes are never the same.”

From dishwasher to world-renowned chef

Despite having a brilliant culinary career, Jorge admits that his journey into the gastronomic world happened out of necessity.

“I was young and needed the money,” he explains, “I was walking by when I saw a sign outside Casa Oaxaca. They were asking for dishwashers, so I entered the place and told them to take that sign off, because the new dishwasher had just arrived.”

Casa Oaxaca is one of Latin America’s 50 best restaurants. However, Jorge confessed he had never heard of the place before applying for the position.

“My mother was always passionate about food, but I never felt the same way until I started working in a kitchen. And after that, it changed my life.” 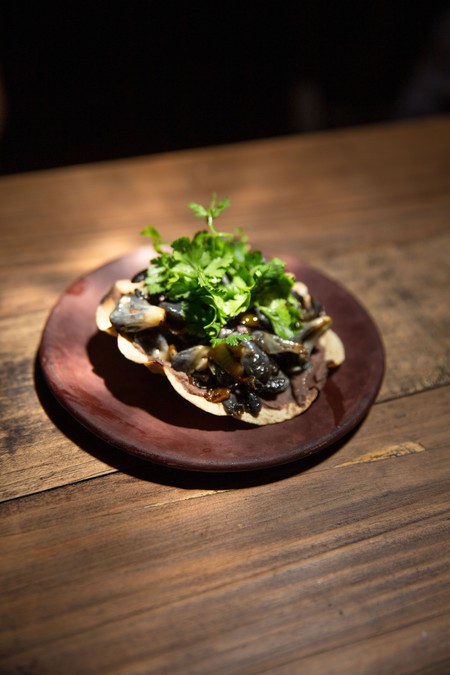 After getting to know the chefs and displaying some of his innate talent, Jorge began receiving training from some of the world’s most renowned culinary personalities. Gourmet Award Winner and founder of Casa Oaxaca, Alejandro Ruiz, became a mentor to Jorge. Thanks to him, Jorge was able to learn the most advanced food techniques. This knowledge eventually led him to work at Pujol, which is not only the best restaurant in Mexico, but in all of North America.

Jorge’s abilities caught the eye of Pujol’s owner, Enrique Olvera, who put him in charge of the Oaxacan-inspired dishes.

“It really opened my eyes to a whole new world,” León explains. “When I arrived, Pujol was already a world-class restaurant, so I wasn’t sure how could I contribute to it. But, in the end, I was able to bring a bit of Oaxaca to the dishes, and that is something that will always make me proud.”

If there is something that stands out about Alfonsina, it’s the coalition of two worlds. At first sight, it looks like a traditional Mexican fonda (eatery), but the dishes are at the level of a five-star restaurant.

With his experience in Casa Oaxaca and Pujol, Jorge decided to take all his learnings and apply them in Alfonsina. However, he went a step further and combined these high-class techniques with his mother’s traditional cooking.

“Alfonsina is all about mixing the old with the new, the traditions with the avant-garde,” he says. “I wanted to offer my customers the comfort of a home-cooked meal, but with the influence of the greatest chefs in Mexico.” 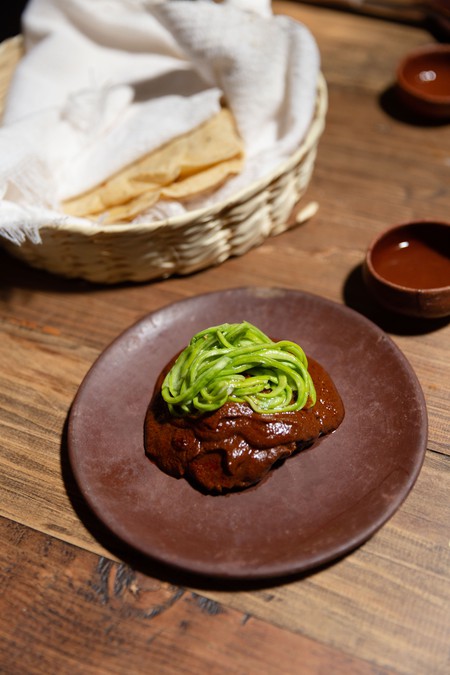 Every day, Jorge’s mother Elvia prepares breakfast and a dish of the day, while he works on a five-course menu. The contrast is surprising, but also harmonizing. The clay bowls and rustic wood-fire oven blend with the high-end plating and exotic flavors, offering guests the best of both worlds.

“When you’re from Oaxaca, you don’t need to be a professional chef to recognize good food,” León assures. “You grow up with great tortillas, great salsas, great moles and great mezcal, so you automatically become an expert. I wanted to share this knowledge with my customers and show them a bit of Oaxaca’s gastronomical quality.”

Whether you want to enjoy a traditional bean tlayuda (savory Mexican crêpe) or a luxurious sea bass sashimi with coconut, Alfonsina caters to every palate while making you feel at home.