Aesthetics of Beauty and Power: Ten Maya and Aztec Sites in Mexico

The Aztecs and the Mayans were the two most important ancient civilizations of Mexico and today numerous of their archaeological and heritage sites can still be explored. This guide picks out ten distinguished sites to discover in Mexico. 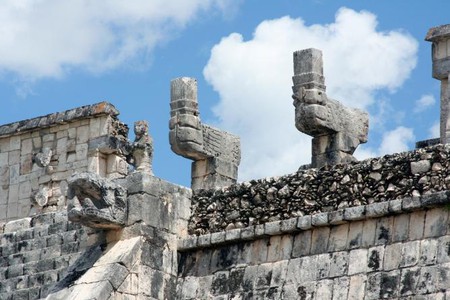 The Late Post Classic period (1200-1250 A.D.) was the rise of a group of people called the Mexicas, better known as the Aztecs. The word ‘Aztec’ was popularized through the literature of such writers as William Prescott and Alexander von Humboldt. With strong religious beliefs, the Aztecs were a cultured people dedicated to their heritage. They carried their strength in the knowledge and worship of their pluralistic gods, often bringing gifts to their capital of Technotitlan to decorate and honor it. At its height, the capital of the Aztec empire had a population of 250,000 – one of the largest cities in the world at the time. 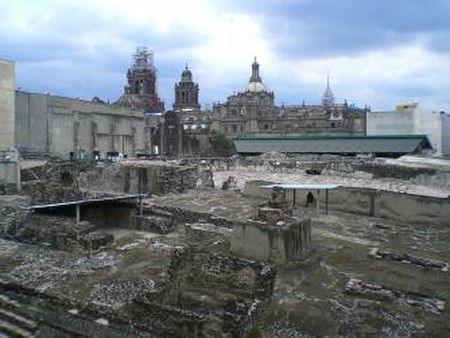 The Templo Mayor is located at the site where the Aztecs received their prophetic vision, promised by their god Huitzilopochtli, of an eagle perched upon a cactus devouring a snake. Upon the site, the Aztecs erected a pyramid with two temples, one to Huitzilopochtli and one to the agricultural rain god Tlaloc. This temple was the sacred mountain and sacrificial altar for the Aztecs. The temple integrates symbols of water, earth, sun, and sky – the natural elements honored by all Mesoamerican civilizations. Part of the Historic Centre of Mexico City, the site was added to the UNESCO World Heritage List in 1987. The Museum of the Templo Mayor, situated on the site, is a recommended visit. 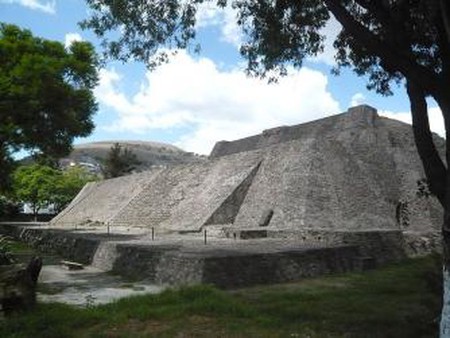 The Pyramid of Tenayuca is located in San Bartolo Tenayuca in Tlalnepantla de Baz, in the State of Mexico. Almost surrounded by modern day Mexico City, Tenayuca’s surviving pyramid is an excellent example of the type of construction linking the Toltecs with the Aztecs. It is an almost exact duplicate of the structures of Tlateloco and Tenochititlan except that the pyramid is much smaller. The main characteristic of the structure is the display of interlocking stone serpents, once believed to surround the whole building. There are also two coiled serpents, one on the north face of the pyramid and another at the south face, aligned with the sun’s position during the Solstice. 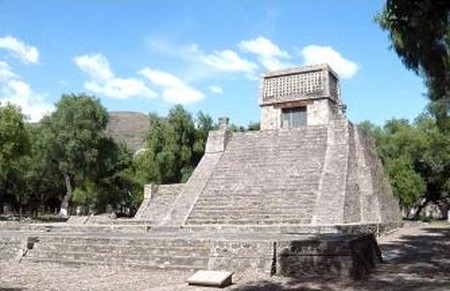 Located in the town of Santa Cecilia, the Santa Cecilia Acatitlan houses two temples, the leading dedicated to the Sun Dead divine worship of Huitzilopochtli, ‘God of War’, the second built to Tlaloc, ‘God of Rain’. Inaugurated in 1961, the National Institute of Anthropology and History operates an on-site museum called the Eusebio Davalos Hurtado Museum of Mexican Sculpture, which is located behind the village church of St. Cecilia. 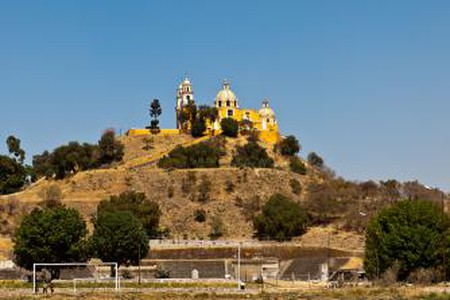 Originally constructed over 2000 years ago, the Great Pyramid of Cholula boasts to be the largest in the Western Hemisphere. It is known to have a larger volume than any other ancient, man-made structure including the Egyptian pyramids, with its final form measuring 400 by 400 meters. When the Spanish arrived at Cholula in 1519, they failed to recognize the pyramid and saw it as a convenient hill site for one of their new churches, La Iglesia de los Remedios. The Architect Ignacio Marquina started exploratory tunneling within the pyramid in 1931, which is now open for visitors to explore.

Malinalco is a small village located 65 miles Southwest of Mexico City. This village houses an impressive Aztec shrine, carved into the hillside, which presides over the valley. Rock carvings and paintings that date back to 600 B.C. can be found by exploring the hills around the town. When the Aztecs showed up in the 1400s they built a ceremonial site known as the Cerro de los Idolos (Hill of the Idols). A zigzag staircase of 427 steps leads to the site, where priests once offered sacrifices to the Aztec gods.

The Classic Period of the Maya civilization (300-900 A.D.) saw them control a vast expansion of territories. Among those were Honduras and El Salvador through to Guatemala and Belize, and north to Yucatán and southern Mexico. The Mayans were highly skilled in mathematics and science, as well as technology, and would have a great influence on future civilizations to come. Their incredible numerology system lead to the creation of zero, the calendar and they were also known to use a special dot system to mark special events and activities. This culture is still alive today, located in central and eastern Mexico, Guatemala, Belize and Honduras. 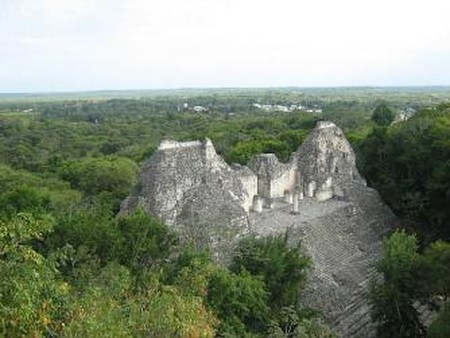 Becan is a unique and excellent example of Mayan fortification. Between 100 and 250 A.D. a defensive moat was dug surrounding the ceremonial city, and reservoirs and the dirt from the ditch was piled up to create a fortified wall. Originally much deeper, the moat is now an estimated four meters deep and 15 meters across. At one time Becan was the dominant center of the Rio Bec area, with the oldest permanent structures dating back to about 550 B.C. Because it is enclosed by a wall, the site is compact and rich in its temple structures. 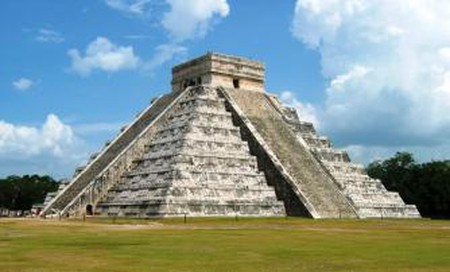 Chichen Itza was a sacred city of the Itza, its name meaning the ‘Mouth of the well of the Itza’. This archaeological site is rated among the most important of the Mayan culture, located 75 miles East of Merida, the capital of the State of Yucatan. The ruins are divided into two groups: One belongs to the classic Mayan Period which was built between the 7th and 10th centuries A.D. The other group corresponds to the Maya-Toltec Period, from the later part of the 10th century to the beginning of the 13th century A.D. This area includes the Sacred Well and most of the outstanding ruins. 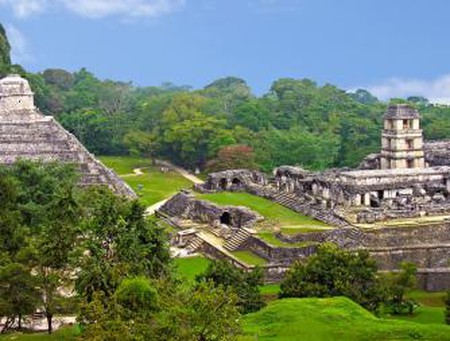 Palenque is an ancient Mayan city located about 500 miles Southeast of Mexico City. Its ancient name was Lakamha, meaning ‘Big Water’, and its modern name comes from the nearby Spanish colonial settlement of Santo Domingo de Palenque. The site’s most impressive structure is the Temple of the Inscriptions. Deep within the temple lies an ornate vaulted chamber containing the crypt of the ruler Pacal. 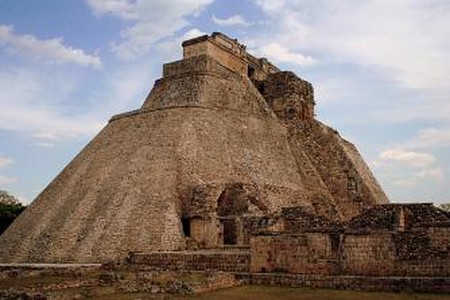 The name Uxmal means ‘thrice-built’ in Mayan, referring to the construction of its highest structure, the Pyramid of the Magician, standing at 117 feet (38 m) high. Unusually built on an elliptical base, this pyramid is the result of five superimposed temples. The site is one of the most impressive and was once one of the largest cities in the Yucatán with a population of about 25,000. 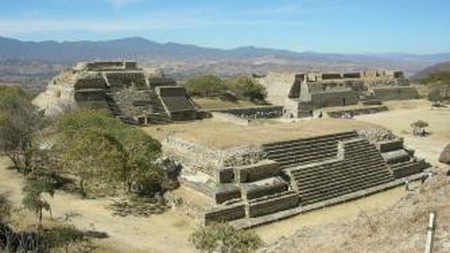 Monte Alban, meaning ‘White Mountain’, is an ancient Zapotec capital and archaeological site overlooking the valleys of Oaxaca. The ruins of pyramids, temples, plazas and other residential structures all center on the Great Plaza, a large open area on the flattened mountain top that offers impressive 360-degree views of the city and valleys below. The earliest known structure at Monte Alban houses the site’s most important discovery, a series of rock carvings known as Los Danzantes (The Dancers).