‘A Way Of Singing As Crying’: Remembering Chavela Vargas

Chavela Vargas, who died on the Aug. 5, 2012, epitomized the ranchera genre in Mexico and brought this distinctive folk music to the world. She recorded over 80 albums and featured in a host of films including those by Spanish director Pedro Almodovar. Culture Trip takes a brief look back at her long, amazing career. 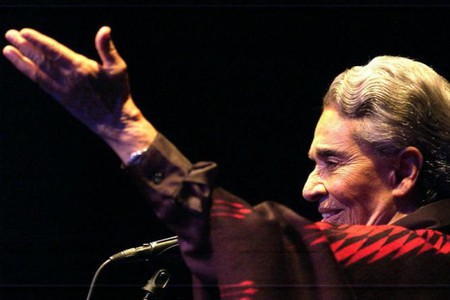 Chavela Vargas is one of those few singers who are capable of putting all of their emotions in their voice, feeling every note and transmitting that feeling as if they are living the story they tell through their songs. She would even risk losing her voice in favor of expressing the emotional climax of a song. Her looks were somewhat peculiar; she was always dressed in traditional indigenous clothes such as the poncho and regularly carried a drink or a cigarette in her hand. But her presence could encapsulate the largest scenarios just by opening her arms. Some critics consider her repertoire as one of the widest of the traditional music of the 20th century, a mix of boleros and rancheras; a genre which used to be joyful and sang only by men. Vargas’ distinctive take on the genre involved slowing the rhythm down and eliminating the Mariachi figure to give the songs an intimate tone, deeper and stronger, for which her rugged voice was sometimes just accompanied by a lone guitar. 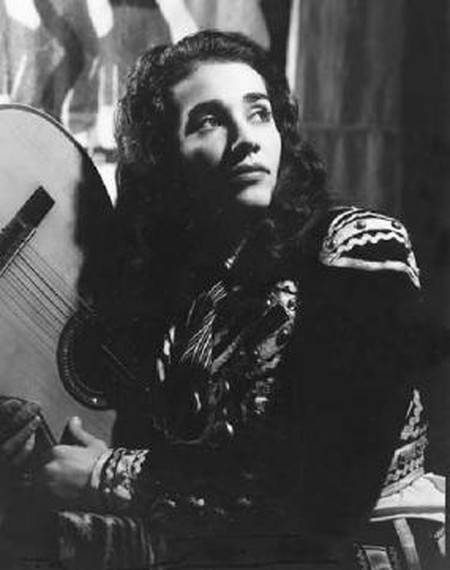 Born in Costa Rica in 1919, she never felt she belonged there, for her Mexico was her birth place, because this country is the one that gave her ability and accepted her as she was, and in return, she became a symbol of Mexican identity through her songs. She didn’t have an easy childhood, as she barely saw her parents, but that gave her courage, and helped her make the decision to find her home elsewhere. So at the age of 15, she travelled to Mexico and tried to build a career as a singer. She started by singing in the streets and cantinas with little success. But at the age of 30 she was discovered by the popular singer and composer Jose Alfredo Jimenez, and began touring with him during the 1950s which gradually brought her recognition until she made her first recording in 1961. During this period she came to know the most important Latin American artists of the time such as the writer Juan Rulfo and the composer Agustin Lara. She also performed at the wedding of Elizabeth Taylor to her third husband Michael Todd. For several years she lived with the painters Frida Kahlo and Diego Rivera, and in her later life she appeared as the role of death singing La llorona in Frida, the biopic about the famous Mexican painter. 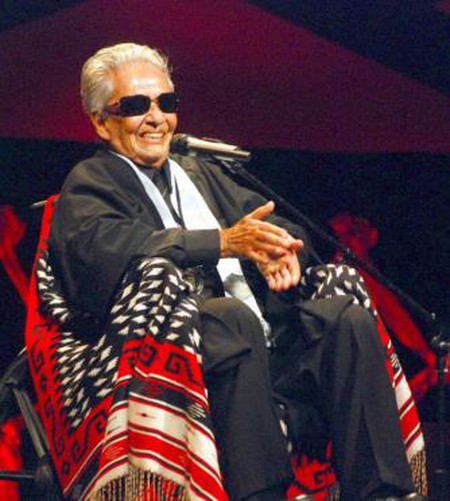 She was well known for her relationships with women although she did not publicly proclaim her lesbianism until she published her autobiography: Y si quieres saber de mi pasado (And if you want to know about my past). This autobiography also documented her battle with alcoholism, which forced her to retire for ten years. However she returned stronger than ever in the 1990s, accepting a role in Werner Herzog’s film Cry of Stone. But it was her friendship with the Spanish film director Pedro Almodovar, who includes Vargas’ songs in his films Kika, Tacones Lejanos (High Heels) and La Flor de mi secreto (The Flower of My Secret), which gave her a level of exposure to Spanish and European audiences which she had never previously experienced. Almodovar said that it seems that Chavela ‘is only singing for you, she tells your story’. She also appears in the movie Babel singing Tú me acostumbraste. In 2007 the Latin Recording Academy gave her its Lifetime Achievement Award. She was also honored as a ‘distinguished citizen’ of Mexico City and received Spain’s Grand Cross of Isabella the Catholic. Her last work, which she presented in Spain shortly before her death, was La luna grande, a tribute to Lorca in which she sings 18 of his poems accompanied with the melodies of her most popular songs. In words of the Spanish musician and Chavela’s friend, Joaquin Sabina: ‘With the departure of Chavela, a way of singing as crying gets lost.’