A Tour of Oaxaca’s Best Markets

Anna Bruce / © Culture Trip
For market lovers in Mexico, there’s no better state than Oaxaca. Sure, Mexico City offers strong competition and just about every town and village will have their own weekly tianguis, selling fruits and household odds and ends, but nothing competes with the famed, sprawling indoor and street markets in heavily indigenous Oaxaca. Here are the best markets in the region where you can find anything from one-of-a-kind artwork to locally produced coffee.
Anna Bruce © Culture Trip

Oaxaca City’s Mercado Benito Juárez, named after the first indigenous president of the country, is also one of the state’s most rightly popular and frequented indoor markets. Just off the zocalo, the Mercado Benito Juárez is brimming with pre-prepared mole powders, freshly ground local coffee beans, flowers, woven baskets and juices. However, the must-try at this labyrinthine market is the famous chapulín (grasshopper) tacos. 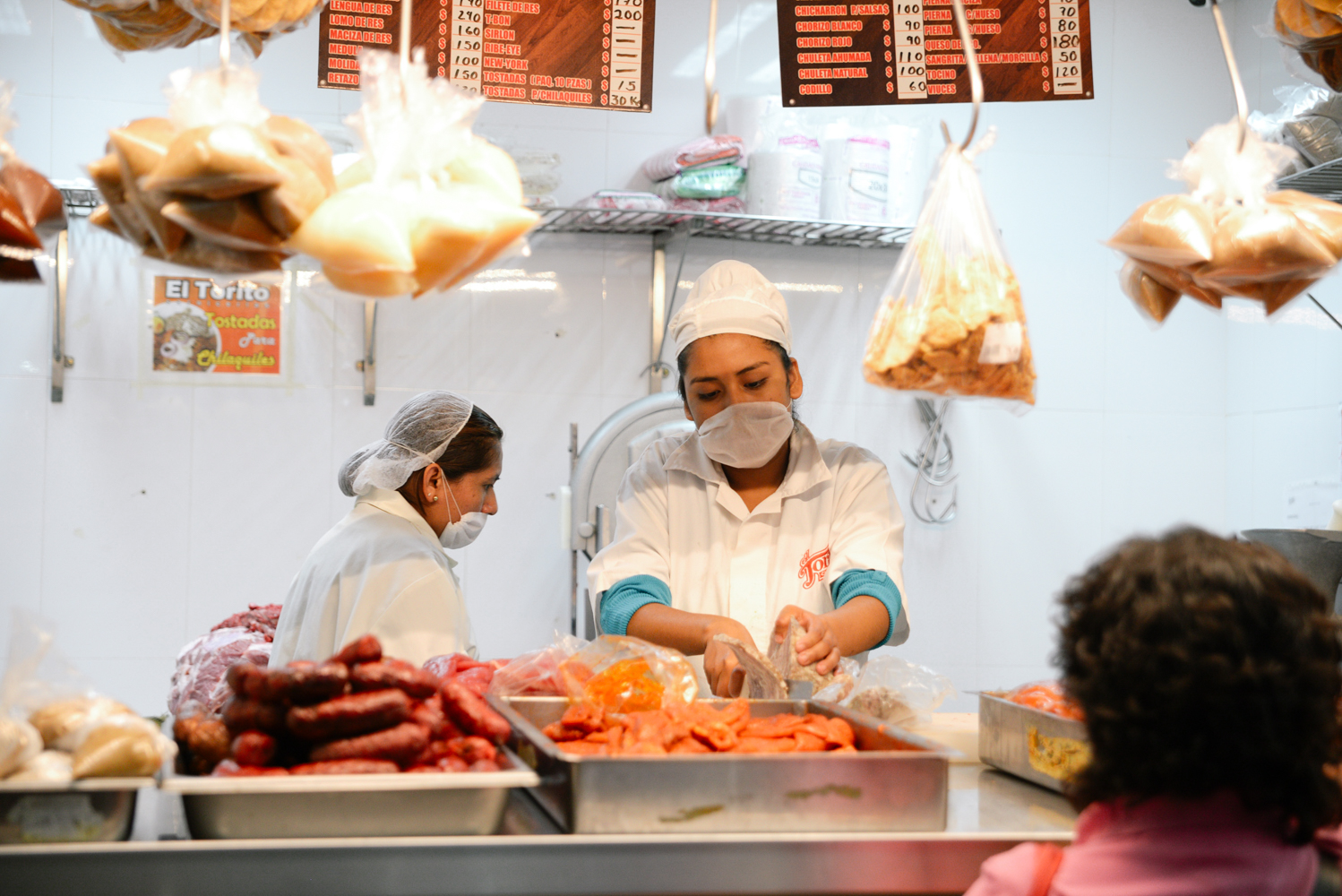 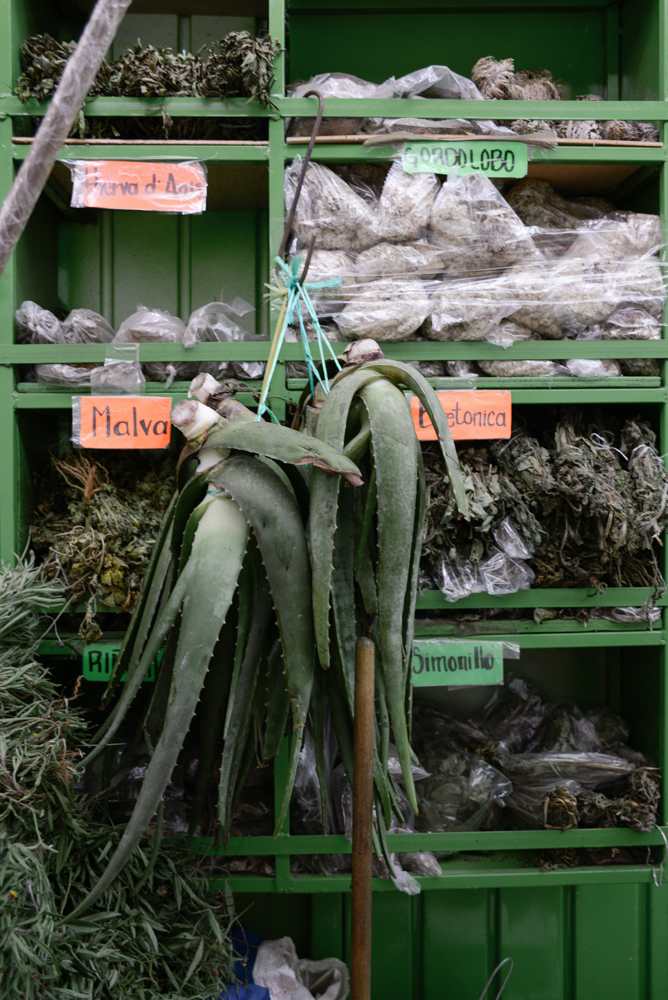 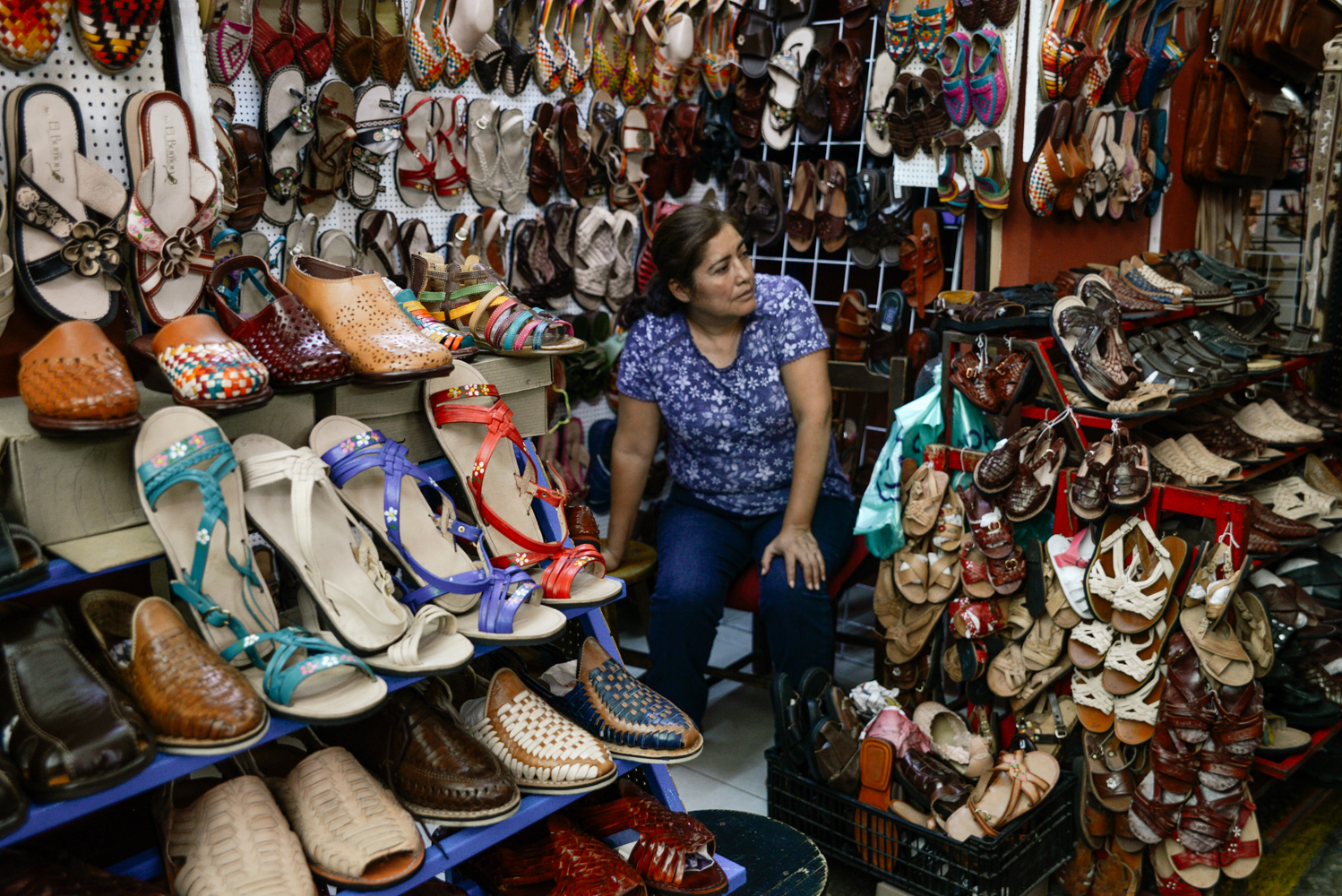 Teotitlán del Valle is best known as a Zapotec hub, famed for weaving culture and mezcal production. While attending this Monday morning market is a flash-in-the-pan affair, requiring an early wake-up call to arrive for the 8 am start and be done by the 11 am finish, the Mercado de Teotitlán del Valle is super traditional and welcoming. Indeed, female stall holders dress in the typical clothes of their culture and sell all kinds of elaborate artesanías that will leave you charmed.

Just next door to the previously mentioned Mercado Benito Juárez is the Mercado 20 de Noviembre, which arguably focuses more on artesanías than the former. Look out for the hand-crafted huaraches (leather sandals), elaborately embroidered blouses and household adornments, such as cushion covers and table runners. Alternatively, and if you want to avoid the admittedly tourist-elevated prices here, simply stop for lunch at one of the numerous stalls that populate the Mercado 20 de Noviembre – the tasajo is a must-try. 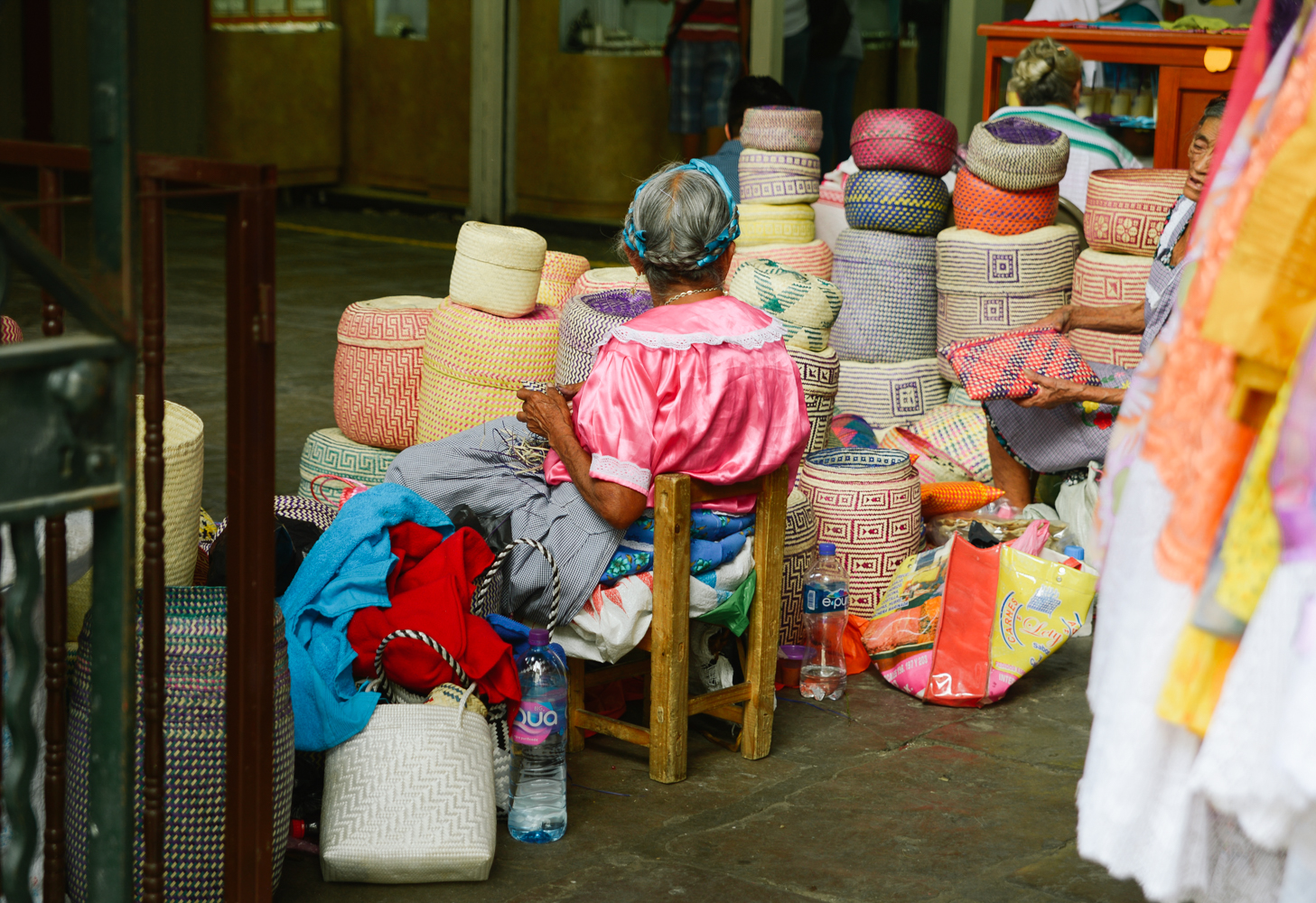 South of Oaxaca City, the Thursday market in Zaachila is famed for pottery above all, due to its close proximity to villages such as Ocotlán and San Bartolo Coyotepec (which, incidentally, hold their markets on Fridays), although you’ll also find food products and tools. Easily one of the most traditional tianguis in the state, Zaachila takes place entirely outdoors, topped by the classic, colourful tarps that dominate any Mexican tianguis and featuring vendors who sell their wares either from rugs on the floor or overflowing tables.

Not to be confused with Mexico City’s arguably more famous Mercado La Merced is Oaxaca’s equally named, but far smaller, market. As with its capital counterpart, Oaxaca’s iteration of La Merced is known for its mouth-watering Mexican food and antojitos – chilaquiles, eggs, the aforementioned tasajo or chorizo, plus freshly squeezed juice and a wealth of food stalls from which to choose. This place is ideal for a leisurely eating experience in Oaxaca, rather than a hurried, pre-departure souvenir shopping excursion. 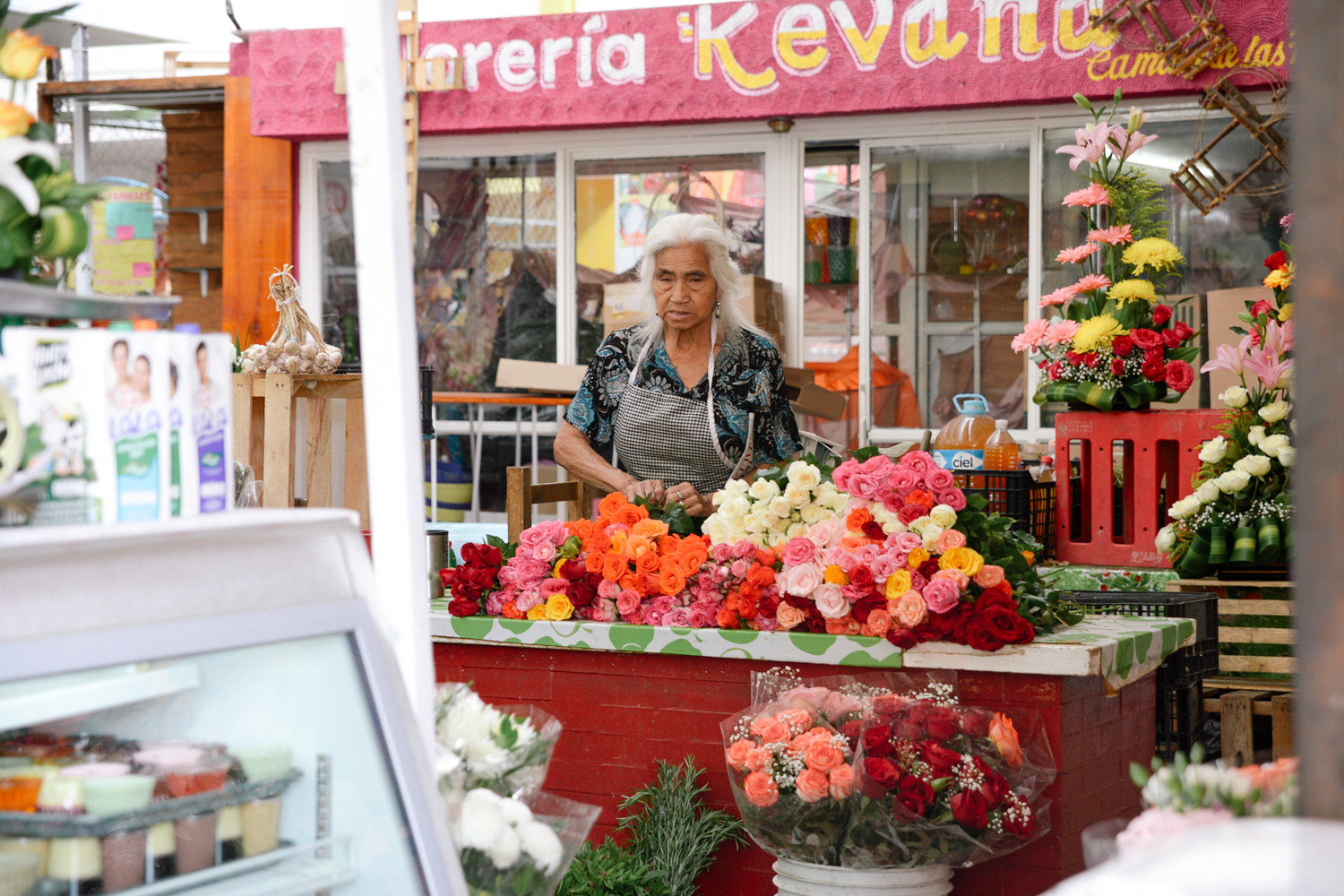 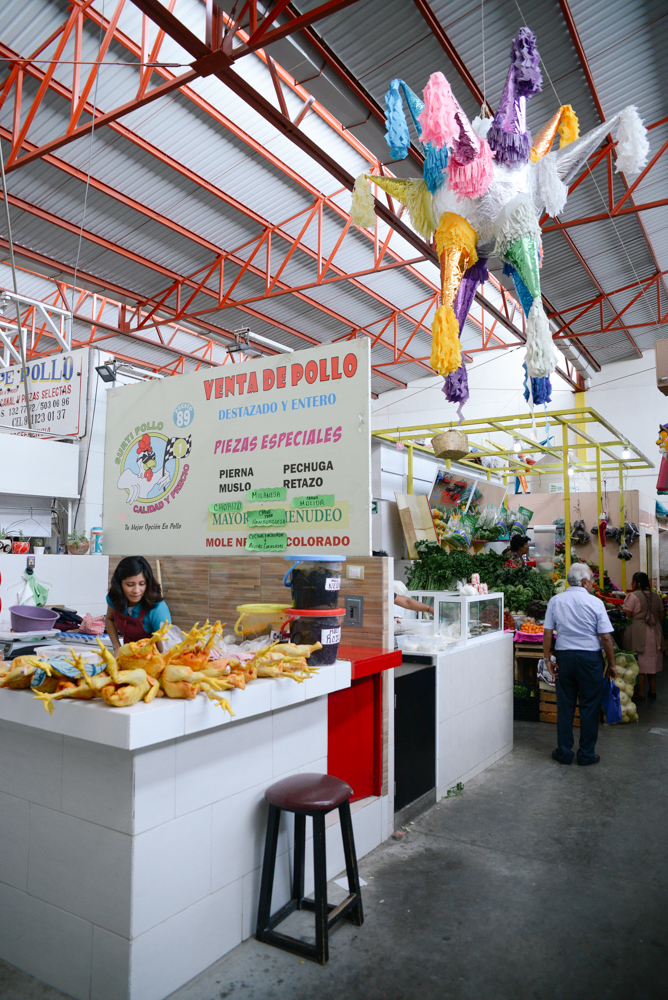 Foodies can’t leave Oaxaca without heading to the Mercado Orgánico El Pochote, a tiny but surprisingly diverse and delicious weekly market in Oaxaca City. Only open on Fridays and Saturdays, in the shadow of the Santo Tomás church, you can indulge in organic coffee, fresh and exotic juices and plenty of Mexican and international treats, from flor de Calabaza quesadillas to crumbly, delicious pastries.

Arguably the most famous Oaxacan market outside of the state capital is the Mercado de Tlacolula, situated just 45 minutes east of Oaxaca City. Now a popular tourist hot spot, there is, of course, plenty of local charm left at this Sunday food and craft market that’s been in operation, in one form or another, since the Mesoamerican period. Hunt for handmade rugs from Teotitlán del Valle, and absolutely try some of the region’s mezcal, but don’t leave without trying the barbacoa. 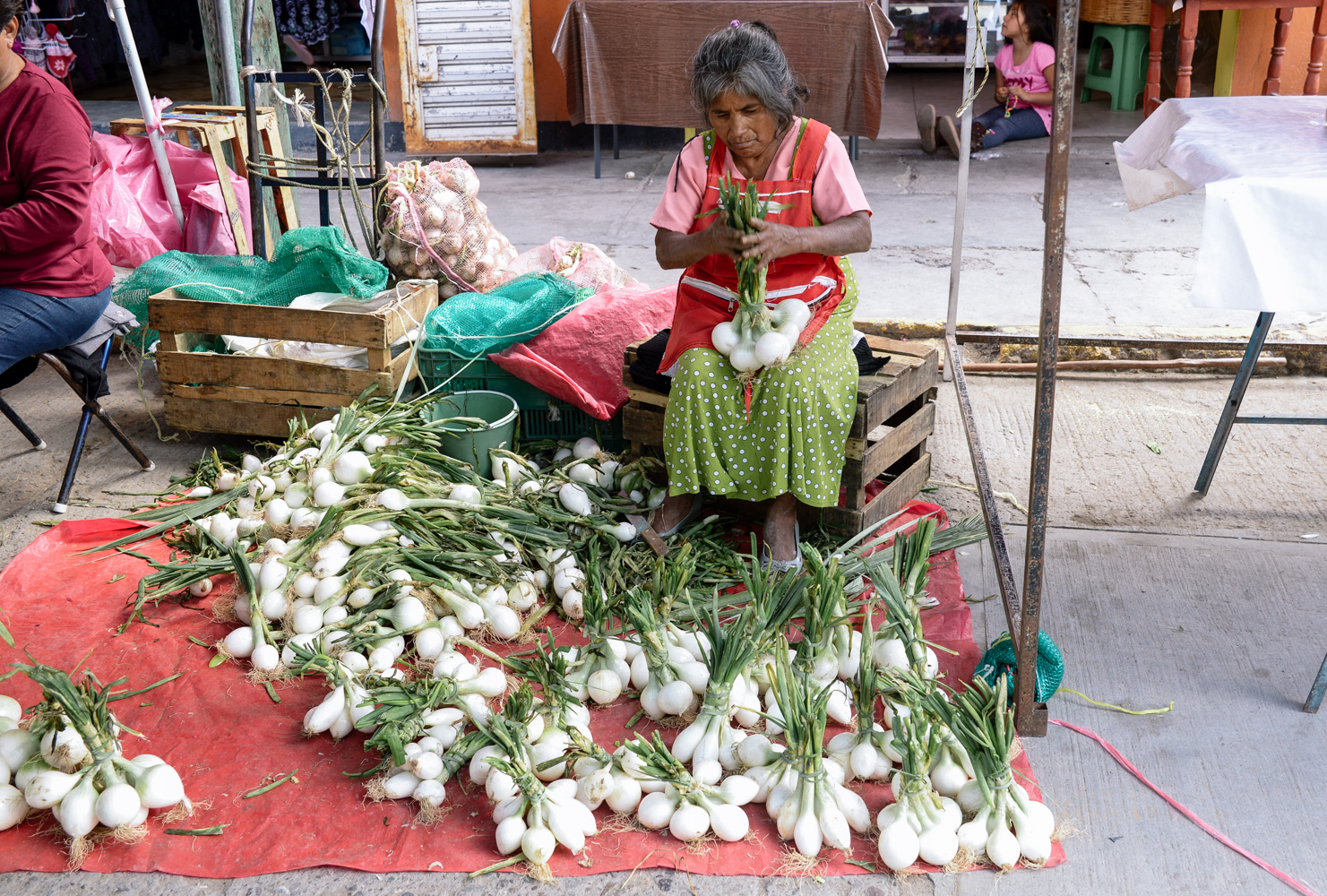 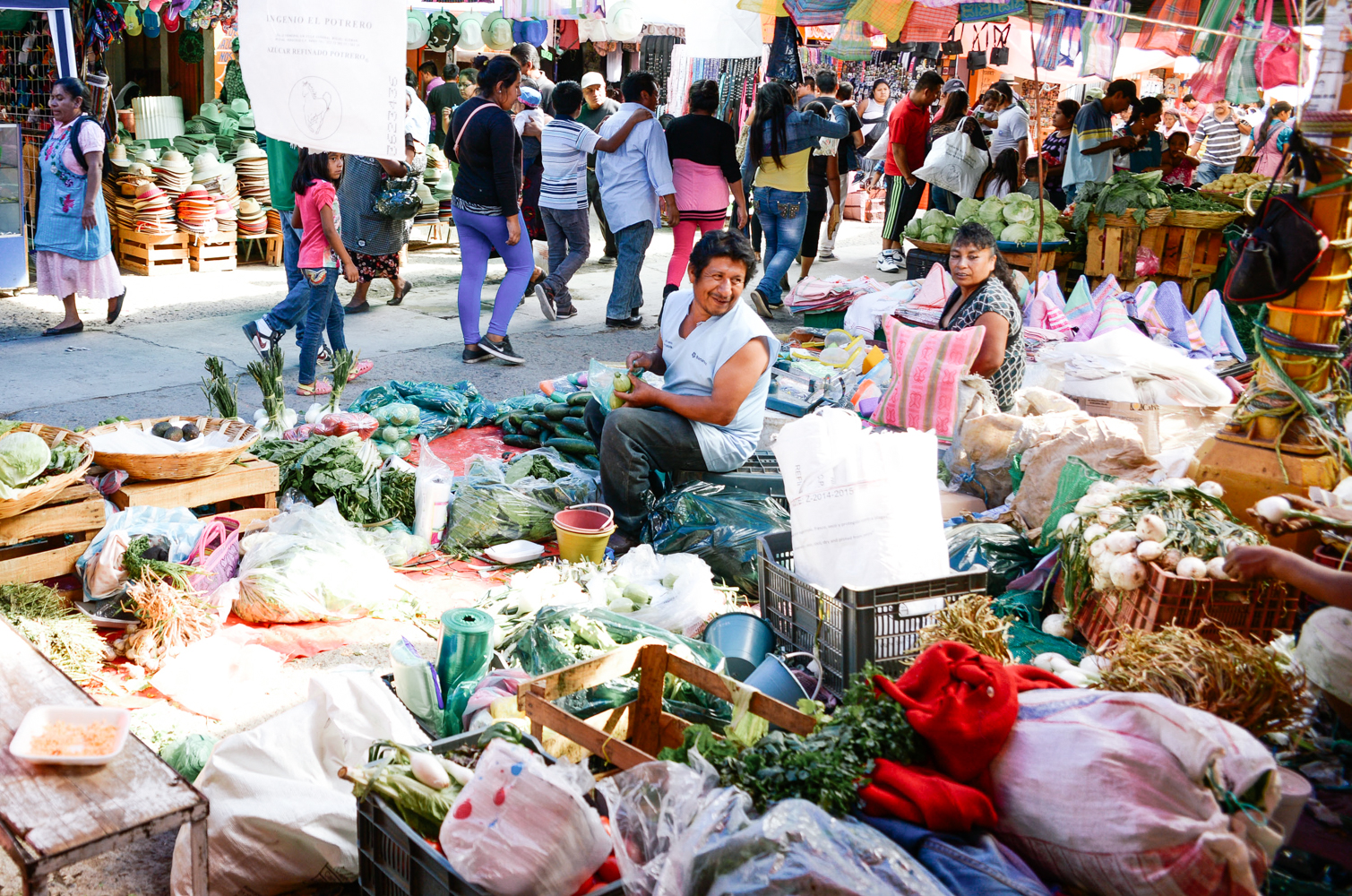 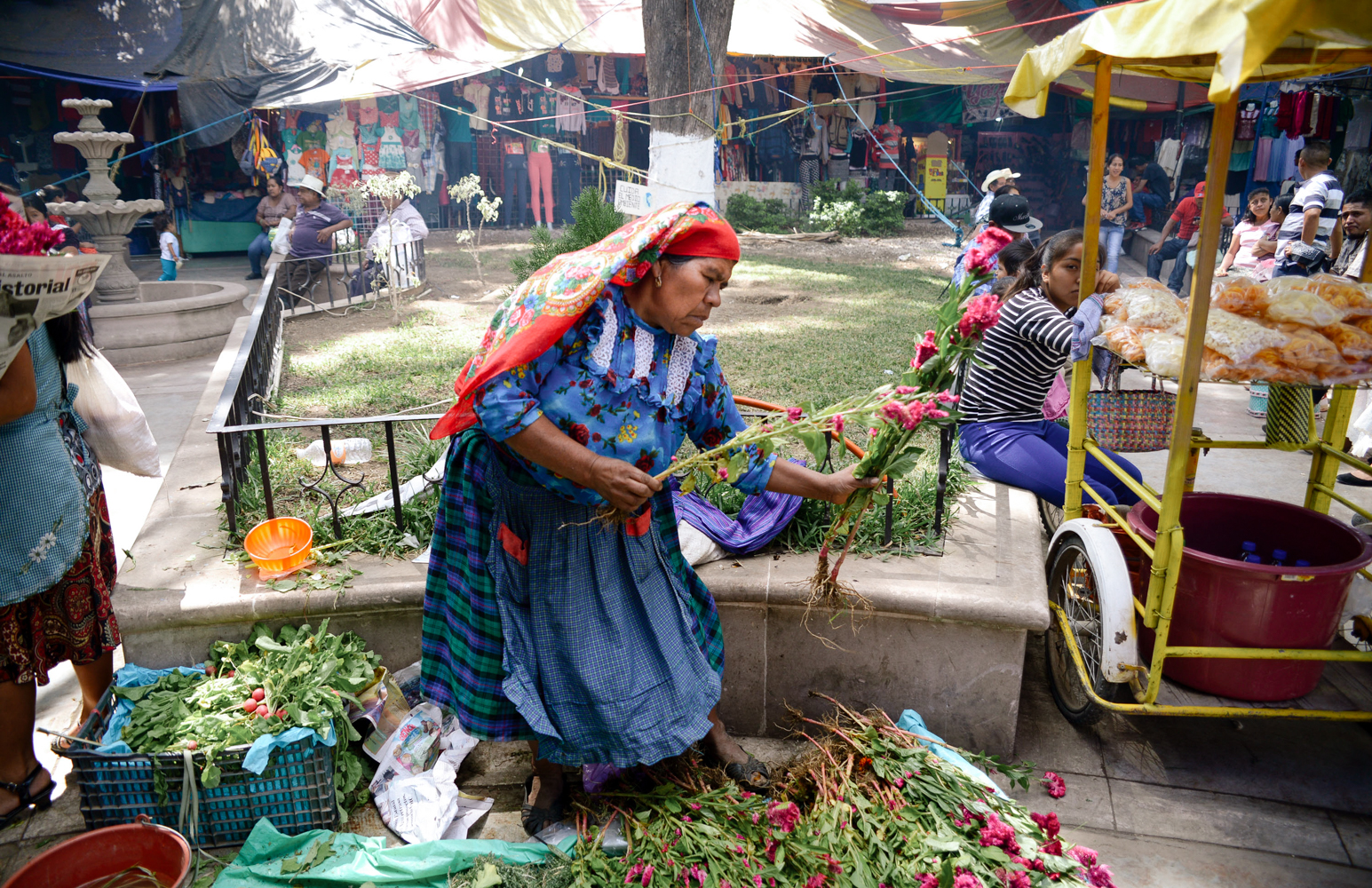 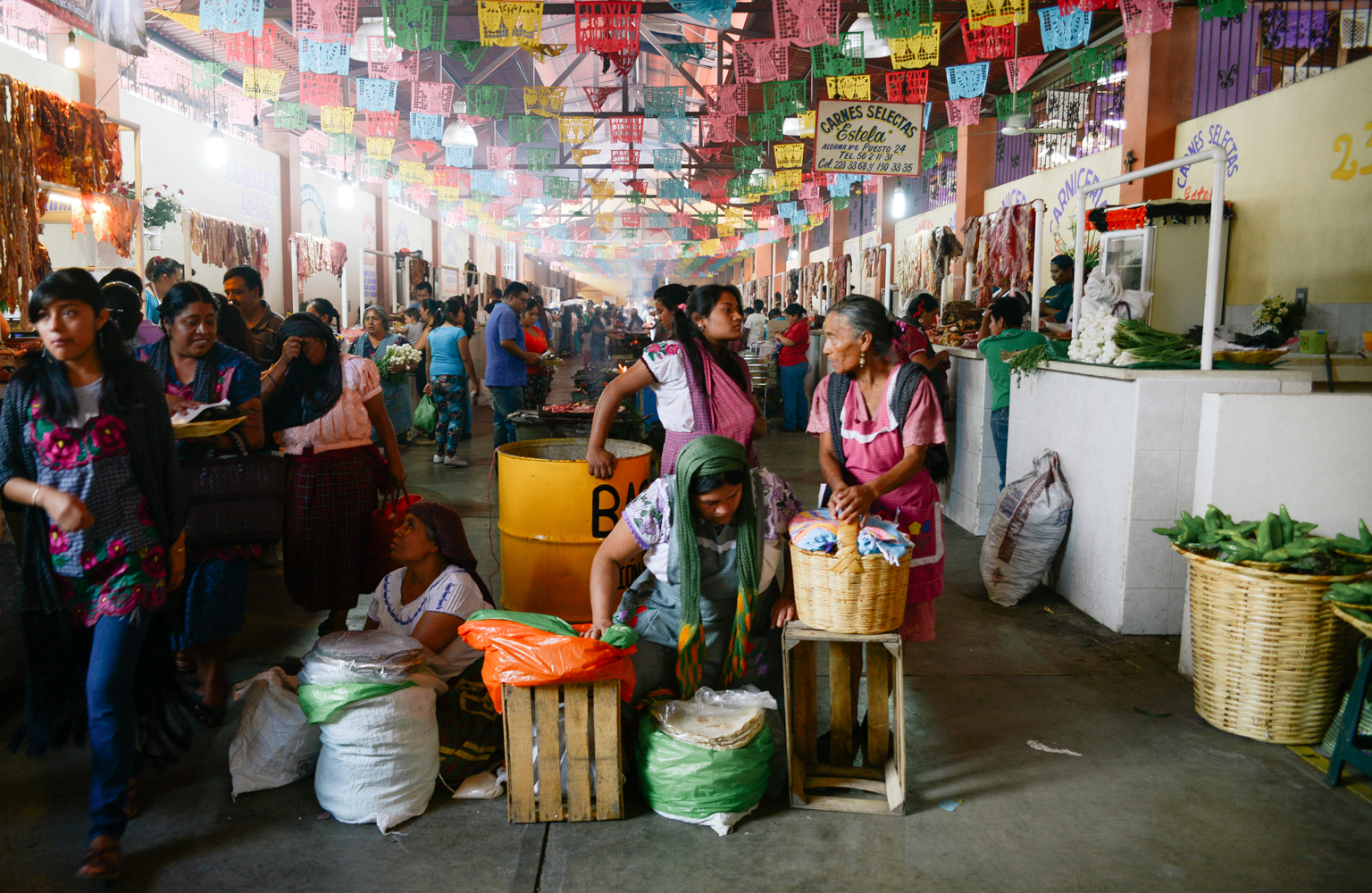 Moving away from the capital once more, and you’ll find the Mercado de Ocotlán, where every Friday it extends into the streets and you can find the traditional Mesoamerican beverage, tejate, and Ocotlán’s famous nieves (ice creams) awaiting you. If you’re in the market (no pun intended) for traditional handcrafted products that will last longer than an ice cream, then you’re in luck, as the Mercado de Ocotlán also sells items from the surrounding areas of Ejutla, Zimatlán and Miahuatlán too.

If you want to stay in the capital on Saturday, head to the Central de Abastos (otherwise known as Mercado Margarita Maza de Juárez, after former president Benito Juárez’s wife). This market is one of the country’s largest and stocks products from all across Oaxaca and Mexico, making it a true one-stop shop for busy market goers. Sure, it will take some wandering through the warren-like pasillos of the Central de Abastos to find what you’re looking for, but you won’t regret it. Keep an eye out for pickpockets. 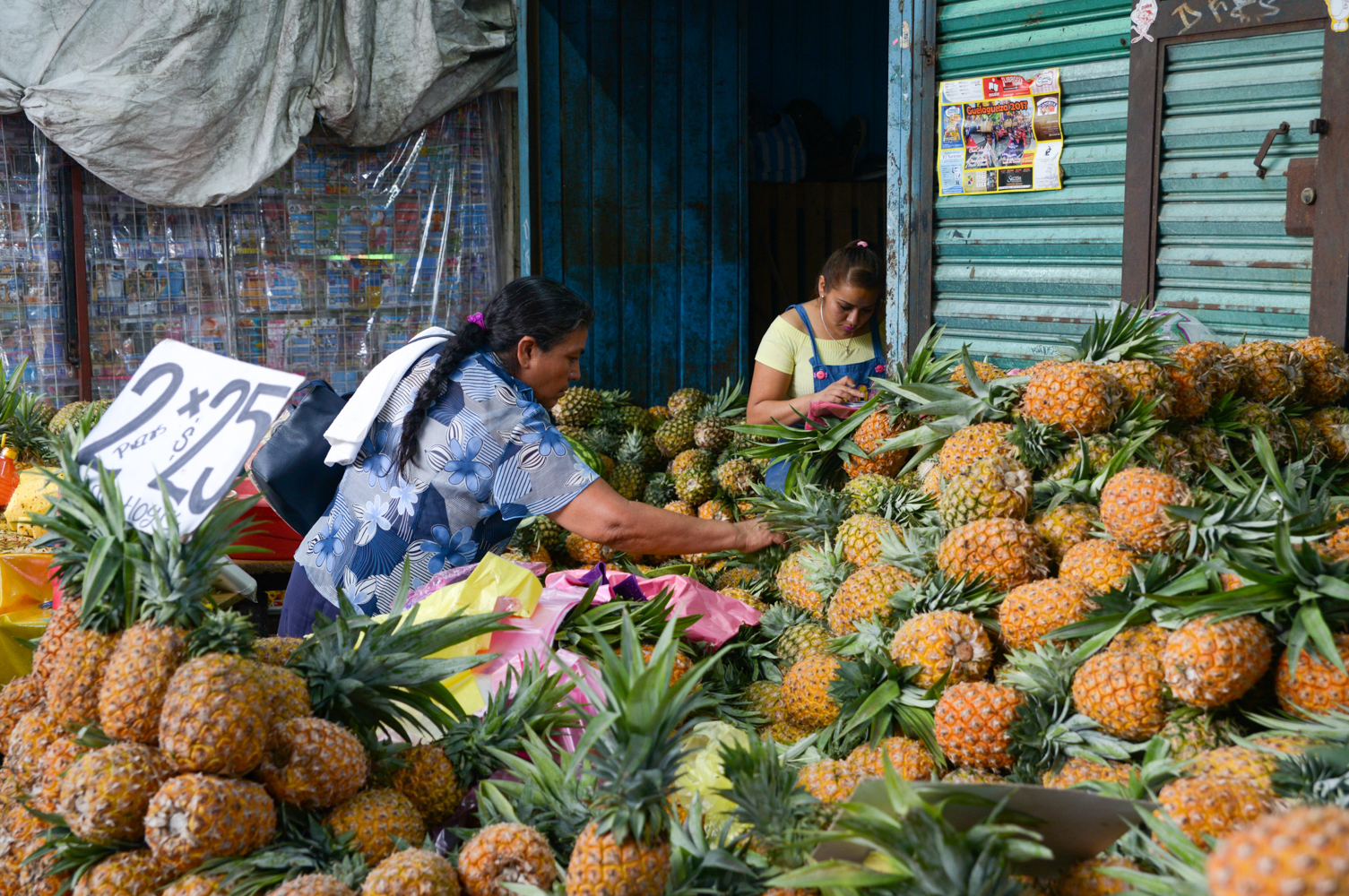 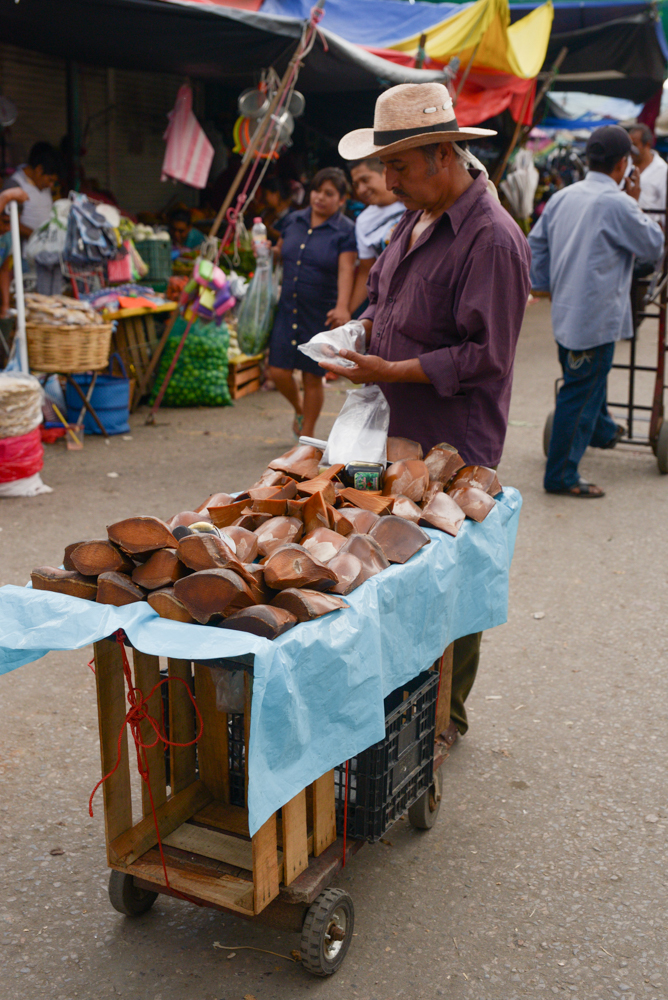 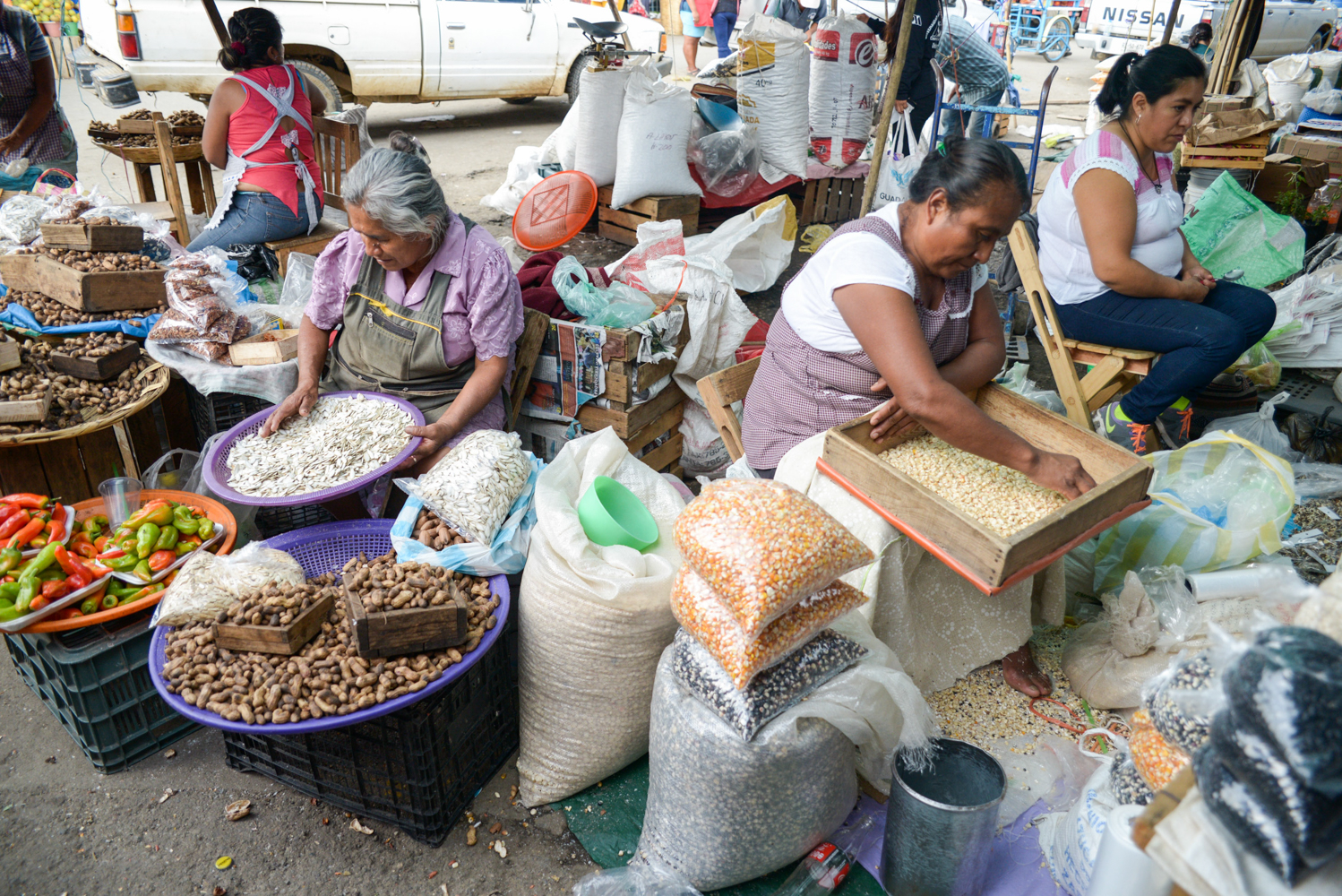 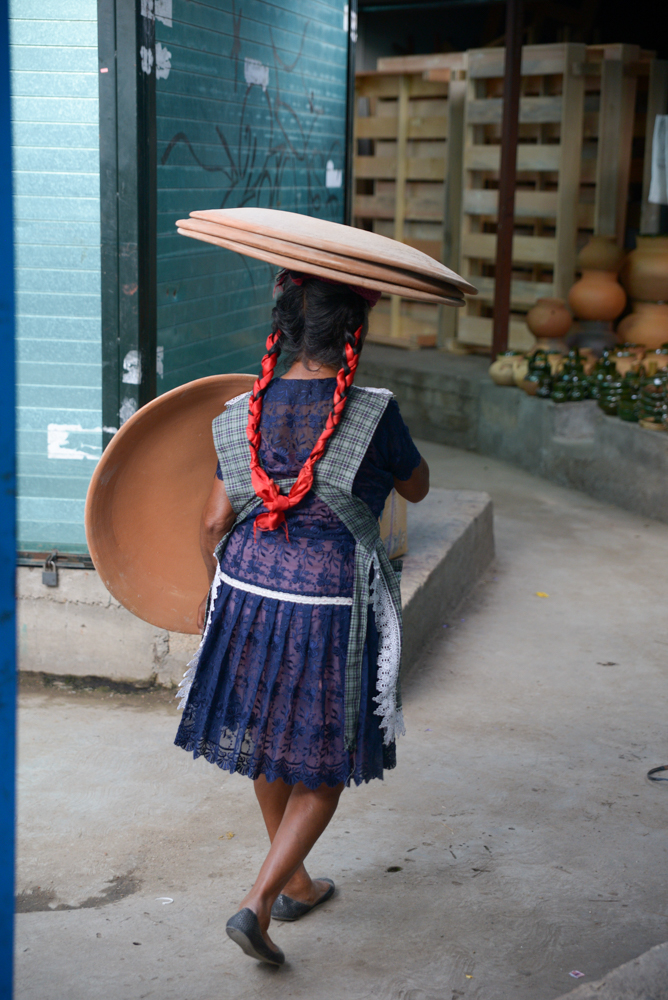 Finally, another market stop-off for food lovers in Oaxaca is the Mercado Villa de Etla. Known for stocking a wealth of produce that is key to great Oaxacan cuisine, it’s unsurprisingly popular with chefs and aspiring cooks across the region, who stock up on stringy Oaxaca cheese (the star product of the market’s food lineup), bulk-bought chapulines (grasshoppers) and special cuts of quality meat. Stock up before taking a well-earned seat outside the nearby church to sample your purchases.