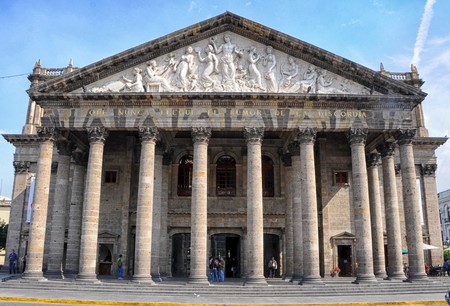 Buildings and architecture are characteristics of any great city, and Guadalajara is no exception. Its most emblematic palaces, temples and buildings tell a particular story of the city, and the most iconic share the style of Neoclassical architecture. Here are Gudalajara’s stand out buildings.

Located in the heart of the historical center of Guadalajara, this building was constructed in the 16th century by the Jesuits and functioned as a college, later becoming the University of Guadalajara. It is currently a library. From outside, in the famous square of the umbrellas, there is a fountain from where you can admire the magnificent columns that support the roof of this building, as well as the impressive Neoclassical façade. 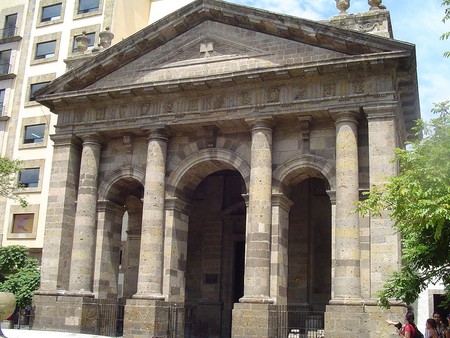 The Hospicio Cabañas, as it is commonly known, is one of the most emblematic buildings in the city of Guadalajara. It is truly a Neoclassical work of art, and was declared a World Heritage Site by UNESCO in 1997. Its vestibular portico and the dome that runs on two series of 16 columns, Ionic interiors and Doric exteriors, both of Roman-style layout, are especially characteristic of the Neoclassical style. 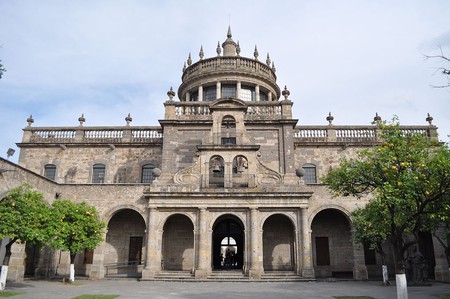 Construction began on this theater in 1855, under the guidance of the outstanding architect Jacobo Gálvez, who was just 34 years of age at the time. This building is not only a fine example of the Neoclassical style, but is considered the best preserved of its type in Latin America, and the oldest still in use in Mexico. 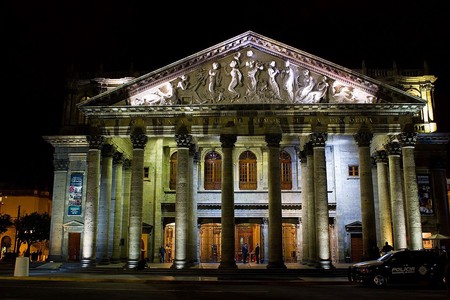 The construction of the Temple of the Metropolitan Sagrario began in 1808 and was finally completed in 1843. Its main façade is of quarry with the characteristic Neoclassic portico, and is finished at the front with a straight court, on whose vertices sit three sculptures that represent the martyred saints Faith, Hope and Charity.

The façade of the Guadalajara Municipal Palace originally had a Neoclassical style, and the building a Neocolonial style built between 1949 and 1952. The construction of this building was undertaken by the architect Vicente Mendiola and the engineer Marcelino Rodríguez Orozco, who used classic forms, unlike the functionalism that was fashionable in Mexico at that time.

This two-level building has a quarry façade in a Neoclassical style. Its design is markedly rectangular, and towards each end of the roof terrace there are sculptures of two enormous dogs pointing in either direction. It’s these statues that give the building its name (House of Dogs), having been supplied by J.L. Mott Iron Works, in New York. The building was originally home to the country’s first independent newspaper, and is currently the Museum of Journalism and Graphic Arts.