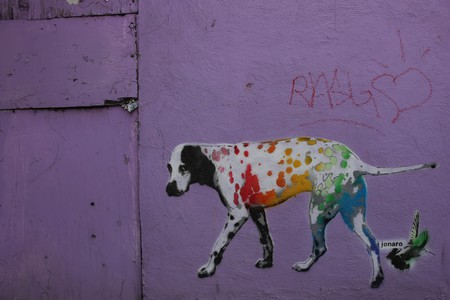 One of the most fantastic activities any visitor to Mexico City could undertake (and for free, no less) is a walking tour of the capital’s best urban masterpieces and jaw-dropping examples of street art. Keep your eyes especially peeled for pieces by artists like Roa, Mr. Fly, Farid Rueda and even Axolotl Collective. With that in mind, here are all the places you need to check out on your next street art hunting tour.

The obvious response when someone asks to see cool street art in Mexico City is ‘go to La Roma’, and it’s easy to see why. This is undoubtedly one of the areas with the most vibrant and well done pieces in the entire capital. Having said that, we’re going to narrow down your search somewhat and point you in the direction of the café La Romita, where you can see a beautiful mural on the external wall. 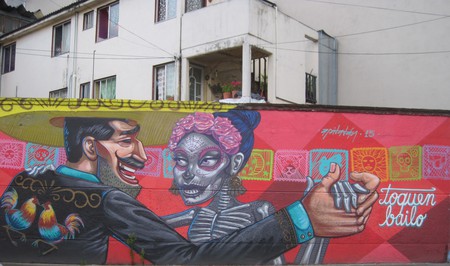 Another spot worth seeking out in La Roma is Plaza Luis Cabrera, which boasts a much more hodge podge, regularly-changing roster of street art on all sides. Everything from simple stickers slapped down wherever there is space, to stencilled pieces and painted portraits, it’s the perfect place to go and observe the ever-developing street art culture. 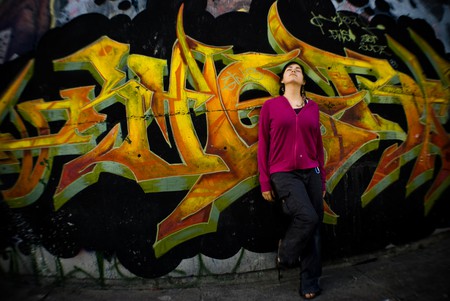 The Museo del Juguete Antiguo México is not only enthralling on the inside, it’s also intriguing on the outside. The building which houses this quirky museum is vibrantly decorated with some international level street art excellence, although that’s no surprise when you consider that the museum was the brains behind the city’s first street art festival. Often the images belong to local artists, but sometimes they’ve been painted by internationally renowned graffiti artists. The one constant is, however, that they’re always excellent. Currently you can see a captivating representation of Frida Kahlo outside the MUJAM.

Street art on the walls of MUJAM | © HéctorEVF/WikiCommons / MUJAM, 2011 | © chakota/Flickr 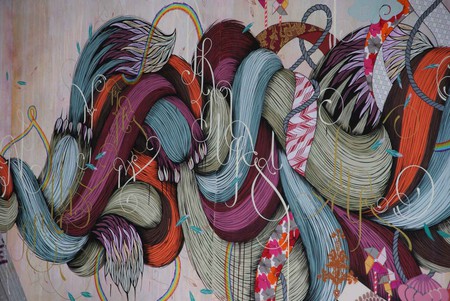 Avenida Reforma is one of the city’s must-see neighborhoods, given that it’s home to some of the most iconic monuments the Mexican capital has to offer—like the Ángel de la Independencia and the Monumento a la Revolución. However, many people underrate it in terms of street art potential. Here you can see some of Axolotl Collective’s magnificent work, as well as pieces by other popular urban artists from Mexico and beyond. 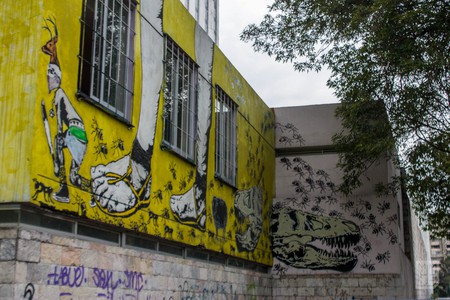 Calle Zacatecas, which runs right through the street art hub of Roma Norte, is an excellent street to wander up and down if you’re looking for some world class urban artworks. You’ll be able to spot pieces that pull from Mexican culture, history and imagery, as well as more abstract images and multimedia-inspired installations up and down the length of the road. One recent stand-out piece was the up-and-coming artist Sofia Castellanos’ koi fish mural. 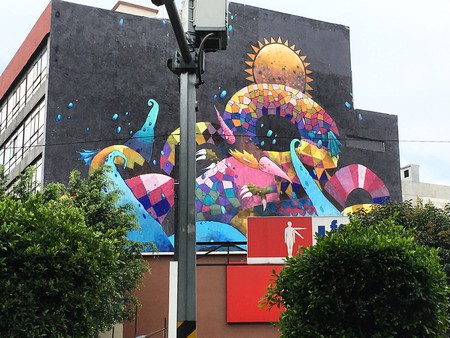 If you’re looking for some quirky and often religious pieces of street art, the Coyoacán neighborhood is a solid bet. Just wandering around the tranquil, leafy streets you’ll stumble across some excellent paintings that show off the truly artistic magnificence that most people wouldn’t normally associate with ‘graffiti’. Take, for example, images of the Virgen de Guadalupe and vast pieces that utilise the Aztec snake imagery of the Mexican flag. 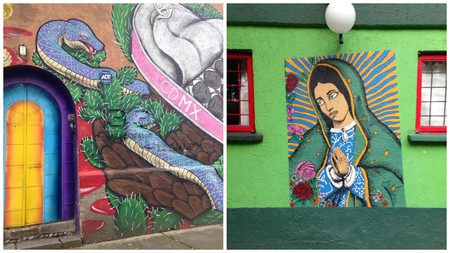 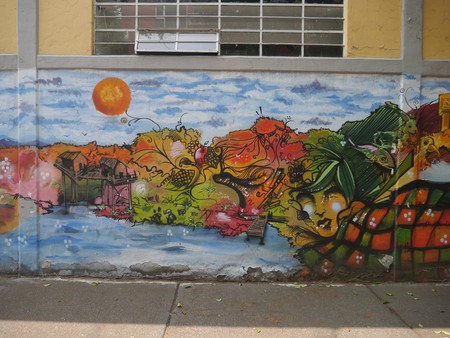 Another great zone to scout out some unique and striking street art is the Centro Histórico. This should, of course, be prefaced by saying that this hunt is best conducted after dark, or at least after the stores close, as many of the pieces are to be found curled up among the shutters which are pulled down after the day’s trading. While this is one spot where it might take a while to find some cool pieces, it’s still worth a visit. Look out for Farid Rueda’s piece on Calle Regina. 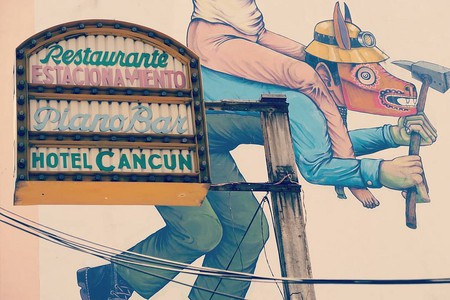 The incredible Museo Nacional de Culturas Populares in Coyoacán is a prime spot to see a more ‘put together’ example of street art, in their Graffiti exhibition. Just head into the museum for free, and make your way to the central courtyard, where you’ll be met with the vast, pink-hued image Tejedores de sueños that is somewhat of an icon of the museum. 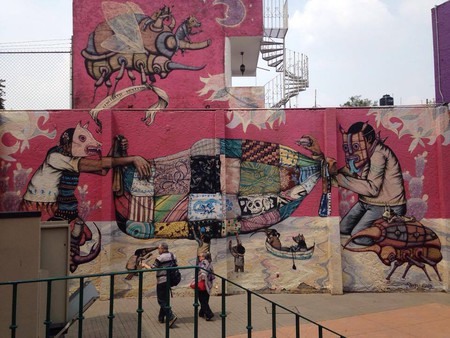 For an up-to-date and extensive guided tour of Mexico City’s fascinating street art culture, why not take part in one of Street Art Chilango’s weekly events. On the last Saturday of every month at 11.30AM, they’ll guide you around some of the most beautiful examples of the city’s urban artworks for free.