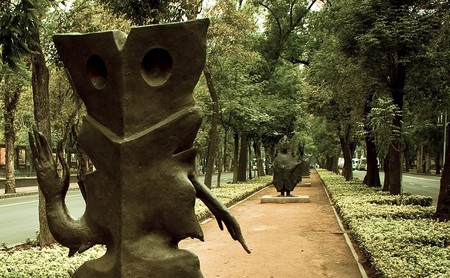 Leonora Carrington is an underrated, often forgotten surrealist artist and writer who left her native Britain for Mexico in the late 1940s. Most commonly referred to as ‘Britain’s lost surrealist’, her fame in her adopted Mexico City home far outweighs that of her fame in the UK, despite her impressive and lifelong artistic output.

Born in 1917, in Lancashire, England, Leonora Carrington was a daughter of new money. However, she loathed what this life entailed, including her repeated enrolment in boarding schools from which she was repeatedly expelled. Eventually, and against her family’s wishes she began studying art at London’s Ozenfant Academy. Yet Carrington’s personal life is perhaps most marked by her turbulent relationship with fellow artist Max Ernst. They began their affair and ran off to Paris together when she was barely in her twenties, a move that led to her first introduction to the world of preeminent surrealists of the time, such as André Breton. After Ernst was arrested during the war, Carrington went slowly insane, eventually being institutionalised in Spain. 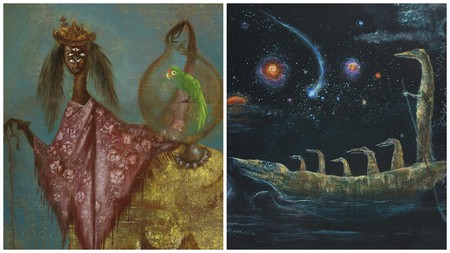 Her first marriage saved her from lifelong institutionalisation and brought her to Mexico. Before being shipped off to South Africa via Lisbon, as her parents had planned, she slipped away from her companion and fled to the Mexican embassy. There she married a contact of hers, Mexican poet Renato Leduc, with whom she moved to Mexico. Yet, while her first marriage gave her the escape, her second marriage gave her the stability she seemingly craved. Hungarian Chiki Weisz, remained her second husband until his death in 2007 and with him she shares two sons.

According to the contemporary Mexican writer Chloe Aridjis, who met Carrington when she was a child, her personality seemed unchanged by her extended residence in her adopted country; as a Guardian article reports, she was ‘so extremely British’ that she had postcards of the Queen Mother and Princess Diana pinned to the walls. She also regularly requested that boxes of Yorkshire Tea be brought back for her from Europe. 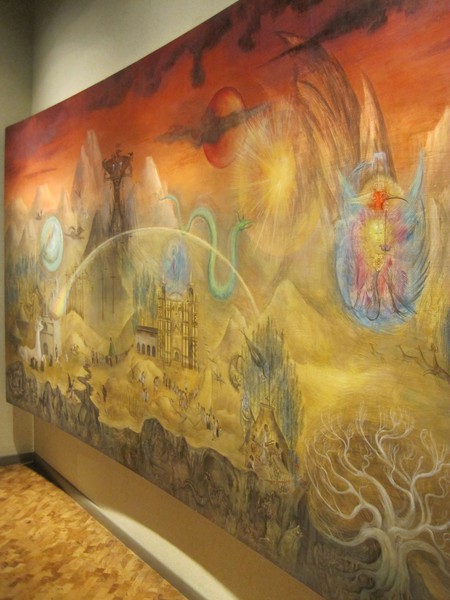 Carrington’s artwork is more than fantastical, it’s ethereal at times, and multi-faceted. Drawing on various religious elements, as well as Celtic symbolism, magic, alchemy and her love of animals (particularly horses), her finished artworks are remarkable. They are also undeniably, unequivocally surrealist, yet often move away from typically male surrealism, instead focusing more on female sexuality. While Carrington was in fact one of the leading proponents of the Surrealism movement in Mexico, and the last surviving member of this 1930s band of artists, this outstanding artist was a lover of all media. She worked with textiles, created murals, wrote books and illustrated poetry, as well as designed stage costumes and lithographs. She was also a champion for women’s rights, and a founding member of the Mexico City feminist movement of the 1970s. This feminist spirit is beautifully conveyed in her majorly underrated novella The Hearing Trumpet. She was the subject of a historical novel written by the famed Mexican author Elena Poniatowska in 2011, simply titled Leonora. 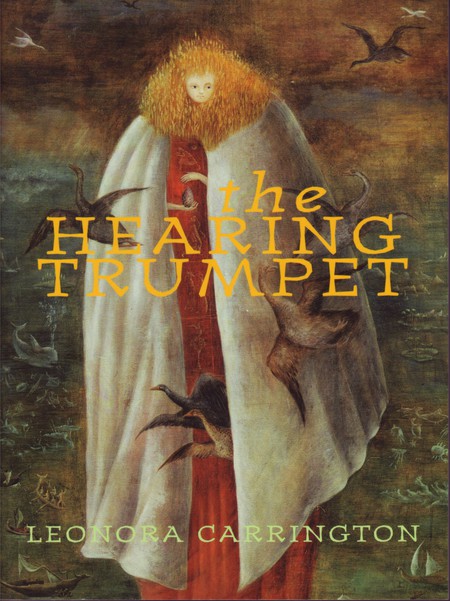 Some of her work brutally portrays her experience of being institutionalised in Spain, whereas her ‘Mundo Mágico de los Mayas’ mural which resides in the Museo Nacional de Antropología, Mexico City is influenced by folk stories and her ‘Mujeres conciencia’ poster was created for the women’s lib movement. Her work has been exhibited in Ireland, the Pierre Matisse Gallery in New York and Pallant House Gallery in the UK.

Sculpture by Leonora Carrington | © Eneas De Troya/Flickr
Give us feedback