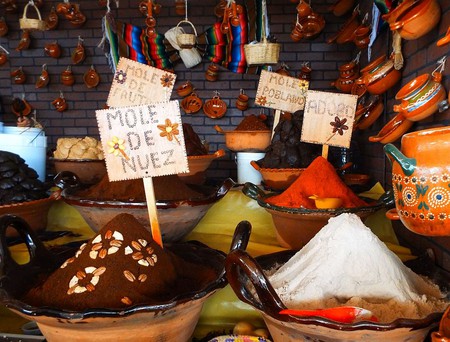 Picture mole and you picture Puebla or one of the other various quaint, colonial towns, you think of Like Water for Chocolate, or a peasant woman grinding away on a worn metate. Picture mole and your mind doesn’t automatically think Mexico City, one of the most urban metropolises of the Americas. So take a mole tour of Mexico City with Culture Trip. 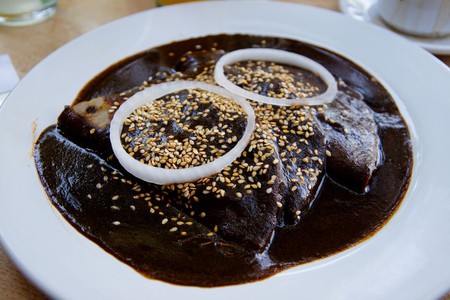 What you may not realise is that 60% of the country’s mole is created within the city limits, in a tiny town in the Colonia Milpa Alta – a section of Mexico City which helps give it its reputation of being one of the greenest Latin American capitals despite all the cement. San Pedro Atocpan is a tiny town of just under 9,000 inhabitants in the deep southern part of the city. In the 60s in San Pedro a few enterprising families started to take their mole paste into the bustling city center to sell. Their phenomenal success convinced other families to join them in mole production and in 1977 they began an annual mole festival (celebrated in October) that includes dozens of local vendors and as many incarnations of mole as you could possible imagine.

Unlike the seven moles of Oaxaca, San Pedro sells mostly the dark brown, chocolately mole that most people outside of Mexico think of when they envision this incredible dish. The town is famous for their mole almendrado (almond mole) that has a strong nutty flavor and the consistency of a grainy bechamel. But other moles can be found in Mexico City as well – yellow, green, pipian, red, manchmanteles (literally “tablecloth stainer”) and more.

The best place to purchase mole paste (if you don’t want to grind your own by hand) is in a local market. Massive markets like the Mercado Merced have endless aisles of mole vendors who will offer you a sample of any of the pastes or powders they sell. If you don’t want to be overwhelmed, stick with a smaller market like the Medellin market in Colonia Roma or the San Juan market in the Centro.

If you DO want to grind your own by hand there are various local cooking classes you can take, but bring a big group of friends or you will be grinding nuts and chilies for days! One of our favorite options is Casa Jacaranda mole cooking class in an old colonial mansion in Colonia Roma. This class includes a short trip to the market in the morning, snacks throughout cooking time and even a mezcal or two ease those arm muscles afterwards. 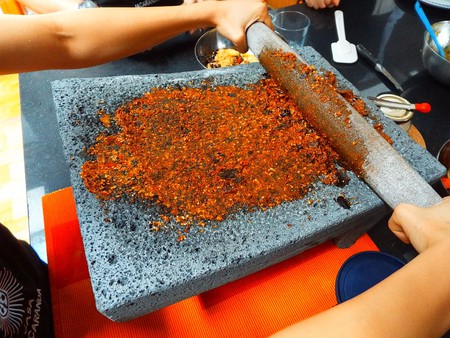 If you want to skip the hassle and go straight to the eating, you’ll want some of the experts to show you the way. Try green mole from Ricardo Muñoz at his Azul Historico restaurant downtown or the classic mole poblano at El Cardenal in one of their two locations downtown. For Oaxacan moles (and a full Oaxacan menu) try Los Danzantes in Coyoacan where you can have duck with mole miahuateco or a slow-cooked rack of ribs drenched in any of Oaxaca’s seven moles.

Moles contain dozens of ingredients (nuts, chilies, stale tortillas, even bananas!) and each cook makes their mole a little but different. Therefore, every market stall, every restaurant, every roadside stand will have a mole that is slightly varied from the next. All this means for you is if you haven’t found the mole you love yet, try, try again. 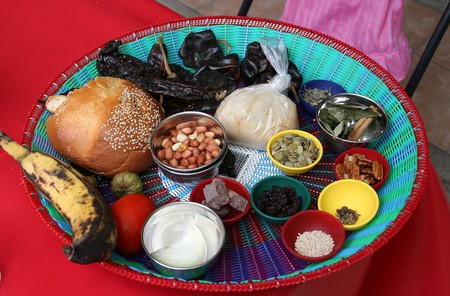