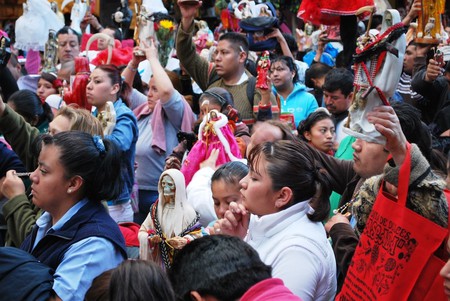 In recent years Santa Muerte—a female folk saint who personifies death—has exploded in popularity in Mexico. Despite fierce opposition from the Catholic Church, the devotion to the skeleton saint is currently the fastest-growing new religious movement in the Americas, according to Andrew Chesnut, chair of Catholic studies at Virginia Commonwealth University. Many of the most important sites related to Santa Muerte are found in and around Mexico’s heaving capital. Here’s a guide to the most important ones.

The origins of Santa Muerte are still somewhat obscure, but it is widely agreed that Enriqueta Romero revolutionized the cult on Halloween 2001 when she placed a statue of the skeleton saint in front of her home in Mexico City’s Tepito neighborhood. Since that date, the statue has attracted a steady stream of followers eager to petition the saint or thank her for miraculous works.

Romero’s shrine has become a key landmark in infamous Tepito, the market neighborhood that is best known for its boxers, drug busts, and pirated goods.

A rosary service takes place here every month, and hundreds of Santa Muerte followers descend on the modest shrine. Many of them bring statues or images of the folk saint, and offerings such as tequila, cigarettes or chocolates are left at the altar. 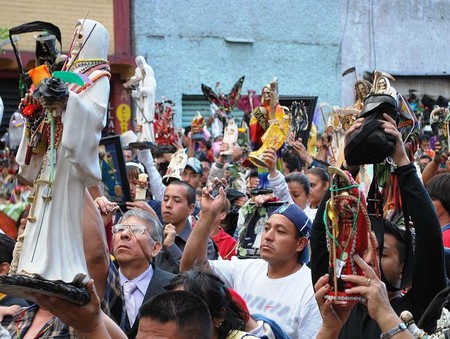 Although Mexico has the world’s second-largest Catholic population behind Brazil, the Vatican has so far been unable to stem the growth of Santa Muerte in the region. The burgeoning popularity of the devotion is evident throughout Mexico City, especially in its vibrant markets.

The Mercado de Sonora (Sonora Market), southeast of the historic center, is a traditional market offering a huge variety of goods, whether you’re looking for T-shirts, budgies, jewelry, computer games, party hats or Virgin Mary statues. The market also does a roaring trade in medicinal plants, and spiritual or occultist objects. The stalls are heavily stocked with Santa Muerte statues, depicting the saint in a broad range of different costumes and colors. 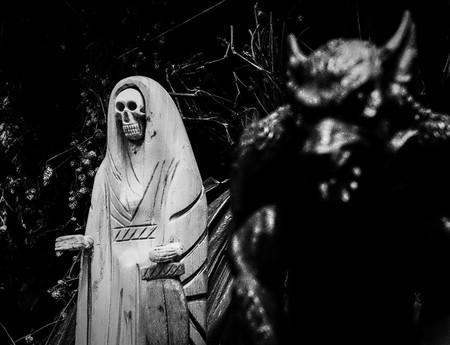 The most striking representation of Santa Muerte in the world is found in the rundown outskirts of Mexico City. The Templo Santa Muerte Internacional (International Saint Death Temple) boasts a 22-meter (72-foot) statue of the saint. The temple was founded by the late Jonathan Legaria, who was commonly referred to as Comandante Pantera. In July of 2008, Pantera was gunned down in a hail of bullets not far from the shrine.

Following his death, his mother, Enriqueta Vargas, began a crusade to bring his killers to justice. She also developed a profound affection for the skeleton saint which she had once viewed with suspicion. Today, Doña Queta, as she is affectionately known, has become the leading figure in the cult of Santa Muerte. Under her leadership, the temple has established a thriving network of followers in Mexico, the United States and even the United Kingdom. 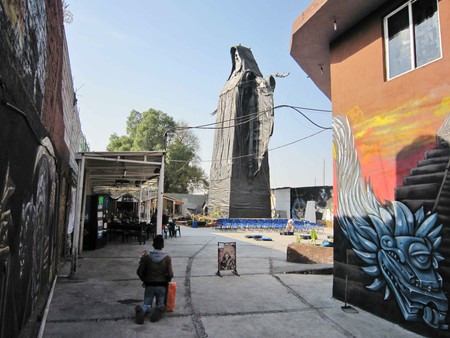