A Guide to the Most Holy Landmarks in Mexico City 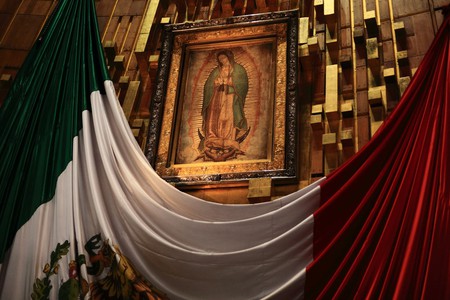 The capital of the world’s second-largest Catholic population, Mexico City has an incredible range of ornate, beautiful churches. The city is also home to sizeable Protestant, Jewish, Muslim, Baha’i and Hare Krishna communities. Whether you’re interested in history, impressive architecture or simply a quiet place to clear your head – here are the religious building you should visit on a trip to Mexico City.

Mexico’s national shrine receives more than 20 million visitors a year, making it the world’s most visited Catholic pilgrimage site. Located in the vibrant Mexico City neighborhood of Tepeyac, the shrine is devoted to Our Lady of Guadalupe, who was named the Patron of Latin America in 1945. The church was constructed close to the hill of Tepeyac, where the Virgin Mary is said to have appeared to Saint Juan Diego in 1531, emblazoning his cloak with an image that is still displayed in the Basilica today.

The image of Guadalupe has become a key patriotic symbol in Mexico and she has acquired a reputation as a powerful miracle worker. 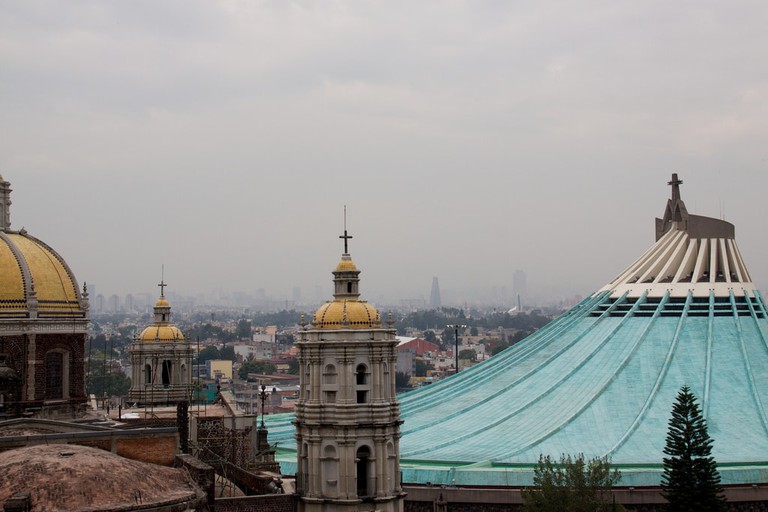 Another major site of pilgrimage, El Templo de San Hipólito in the capital’s historic center has undergone a transformation in the past few decades. Although the church is officially dedicated to the Christian theologian Saint Hippolytus, an image of Saint Jude Thaddeus was hung in the church in 1982. Since that year, the church has been known as “El Templo de San Judas Tadeo,” or Temple of Saint Jude Thaddeus. The saint has become increasingly popular in Mexico, especially among working class Mexicans, including petty criminals and drug traffickers. Pilgrims flock to the site on October 28 to ask for favors from the saint, who is typically depicted in a green cloak with a flame above his head. 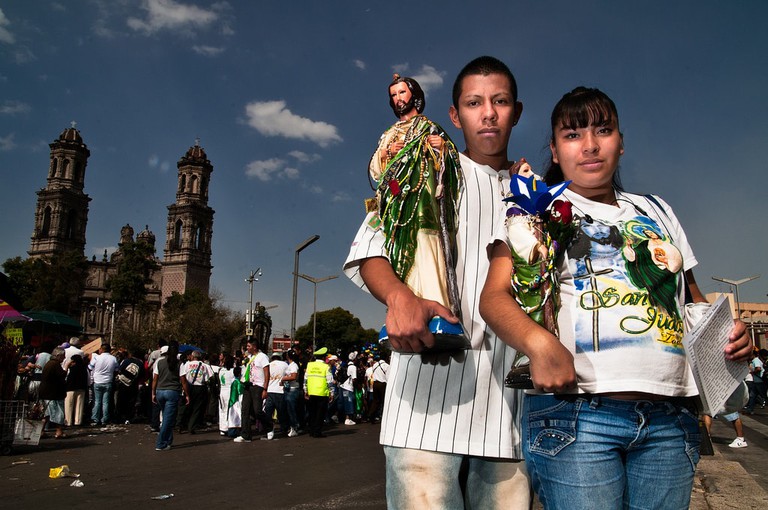 Situated in the elegant colonial neighborhood of Coyoacán, the Iglesia de San Juan Bautista is a sacred site built by Franciscan monks. The Spanish conquistador Hernán Cortés awarded the site to the order just eight years after the conclusion of his successful campaign to conquer Mexico. It took no less than 30 years to build the church, and it was remodeled in both the 19th and 20th centuries. Yet the painstaking care and dedication paid off. The church is one of the most elegant in the Americas, and is the ideal place to find some peace and quiet. 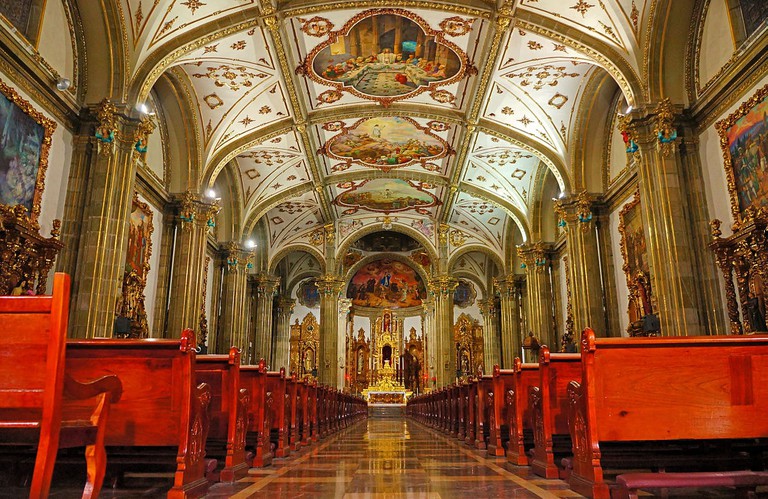 Also known as La Sinagoga Histórica Justo Sierra, this beautiful synagogue was founded by Orthodox Jewish immigrants from Hungary, Lithuania, Poland and Russia. With Europe in the grip of World War Two, the synagogue was founded in 1941 and quickly became a center for Jewish cultural life in the city. Traditional weddings and other events were held in the social hall, and Yiddish was the common language.

Over time, these Jewish immigrants and their descendants began to move away from the city center. Visitor numbers dwindled and the building was left abandoned until 2009, when the synagogue was re-opened to the public after a successful restoration project. 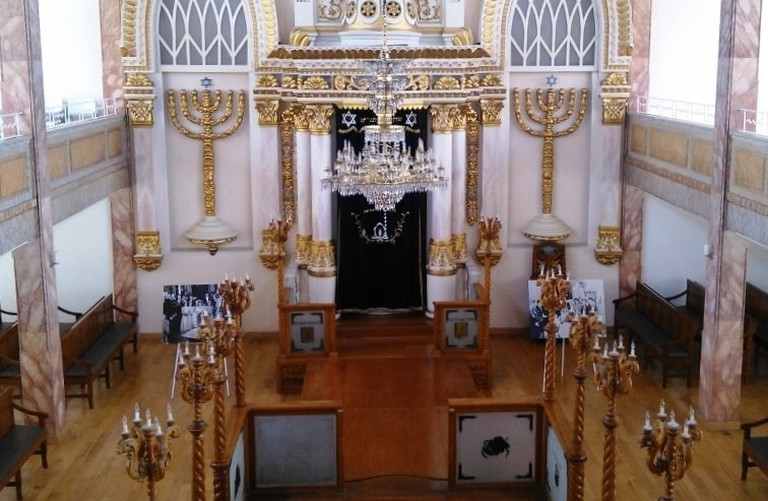 The International Society for Krishna Consciousness (ISKCON), or Hare Krishna movement, has a center in Mexico City. Founded in 1971, the center is one of eight across the country, with new devotees joining the movement every year. The center runs Hindu teaching classes, yoga gatherings and mantra sessions in which devotees chant the names of the Supreme Being. Formerly the Ethiopian Embassy, the property blends Spanish and Middle Eastern architectural influences. The movement also runs a vegetarian restaurant, which offers very affordable and tasty food. 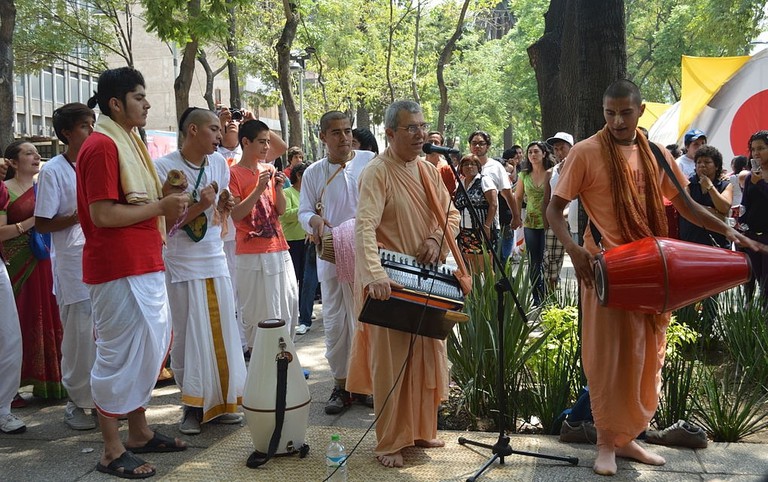