A Guide to Mexico’s Hottest Dishes 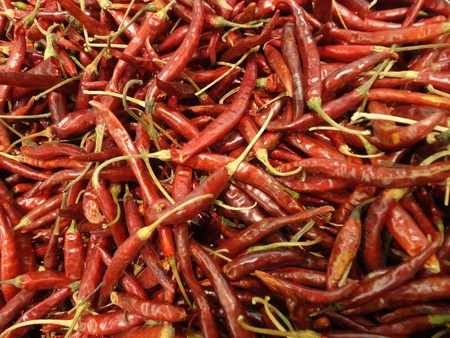 While it’s a myth that every dish in Mexico is hotter than the devil, the country does have its fair share of fiery chillies and spicy dishes. If you aren’t prepared, it can be easy to feel as if you’ve been set on fire, mouth first. Here are some of Mexico’s hottest dishes to seek out or to avoid, depending on your passion for heat.

There are a lot of misconceptions about mole, the main ones being that there’s a single version and that it’s dark brown and sweet like chocolate. This myth will be busted (along with many others) if you travel to Mexico and taste the many varieties of mole the country has to offer.

Another fallacy is that mole is mild. The base of this famous dish is ground chillies (both fresh and dried) that are mixed with water into a paste and create the base for the sauce. Depending on the chiles, the mood of the chef or the time of the year, moles can be very spicy; mole negro or mole poblano made with chocolate, and Manchamanteles mole and others with a high fruit content may all be a little less spicy with mole rojo, verde, and amarillo… but then again, there is no telling with mole, so expect to be surprised. 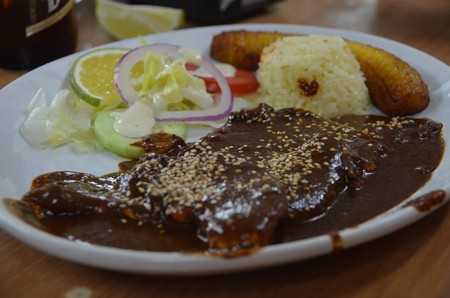 Mexico’s biggest spicy export and its favorite condiment, salsas are a world unto themselves. Much like mole, the varieties are endless, but the base of chillies, fresh herbs, and red or green tomatoes is ubiquitous.

While visitors to Mexico was want to nail down a guideline as to which salsa is hotter, red or green, any seasoned taco-eater will tell you that either could be blazing hot or surprisingly mild. While the creamy avocado green sauce served at many taco stands tends to be a little less intense, it could easily blow your socks off. The best way to approach salsas is to try a little dab on your finger before you pour, because even proprietors won’t be any help to you here. “They’re both spicy,” they will generally tell you. Often, salsa with chile de árbol or habanero peppers will be extra-hot. 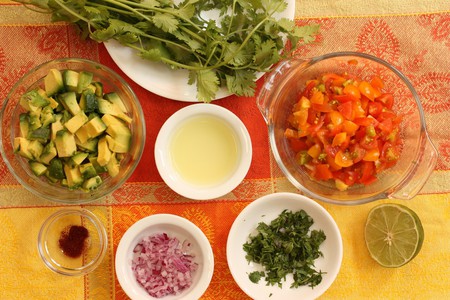 While we often think of chiles rellenos as pretty tame in terms of spice, this is another Mexican dish that can burn you up if you are not careful. Because chiles rellenos (which are simply stuffed peppers, most often filled with quesillo cheese and sometimes breaded and deep-fried) are made with poblano peppers, every time you eat one is a crapshoot. That’s because while most poblano peppers are mild, one out of every handful is fiery hot. There’s really no way to do a pre-test here as with salsa or mole, so it’s best just to order and hope for the best.

Chilate de pollo, from the state of Guerrero, Mexico, is a kind of spicy chicken soup that is known for its burn. To the chicken is added chile de árbol or guajillo chilli, onion, and garlic, as well as corn dough to make the soup thick like a stew. The level of heat depends on the amount and level of spice in the chillies used, but this dish is generally known to be spicy, and even the fresh tortillas you will get to go with it won’t be enough to cool your tongue. Get ready to sweat.

Guerrero, a state that likes its heat, has another spicy speciality that you definitely need to try if you are a heat freak. This one is similar to chilate de pollo, but it’s a thinner soup (no corn dough is added) and it has shrimp in it. The other favorites are still there: lots of guajillo and chile de árbol peppers, garlic, and onion. A sprig of the Mexican herb epazote is thrown in for good measure. Despite the heat level of this dish, it’s generally a midday meal.

Cochnita is another one of those dishes that can go either way. It is made with slow-roasted suckling pig seasoned with achiote paste (a bright-red seed endemic to Mexico), bitter oranges, onion, cumin, and other spices.

The heat level depends on whether the chef uses habanero peppers in the mix. Habaneros claim to be some of the hottest peppers on earth and you will know their fury if you just pop a few in your mouth without thinking. Even if your cochnita ends up being mild and slightly sweet (like most versions) there is always a tiny bowl of sliced red onions and habaneros on the table that have been soaking in lime. Sprinkle a little bit of that on your taco and watch the smoke come out of your ears. 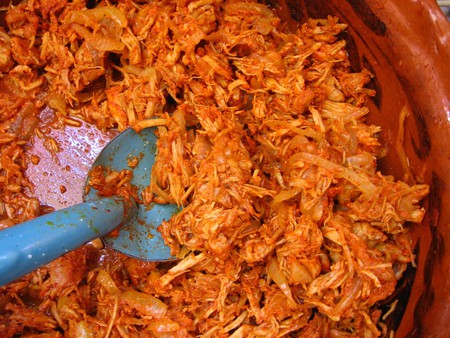 Chilaquiles, Mexico’s most beloved breakfast dish, has a basic look to it. The dish consists of deep-fried day-old tortilla slices bathed in a red or green sauce and covered with dollops of fresh cream, slices of raw onion, shredded queso fresco and then usually shredded chicken breast or a fried egg. Sounds delicious, right? It is! But it can also be blow-your-brains-out hot. This all depends on the salsa and the chilli, but we find that salsas with fresh chillies (like serrano or chile de árbol) tend to burn a little more. Always ask at a restaurant which is hotter (if it matters to you), as they usually have an option for those who like it hot, and those who don’t. 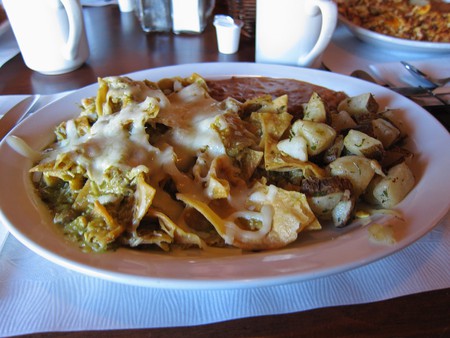 Served on the coasts of Sinoloa, this spicy snack has to be served with an ice-cold beer or you might never finish it. Aguachile is a kind of Mexican ceviche, that famous Peruvian dish made of raw fish and onions cooked in lime. This variation is made with raw shrimp, which are also “cooked” by lime juice but also mixed with fresh ground chilli peppers (generally chile piquín or a fresh green chilli like serrano or jalapeño). The chillies are ground with a little bit of water to make a sauce, giving the dish its name: agua (water) chile (pepper). This dish will make a day at the beach even hotter, but it’s so delicious you won’t mind the sweat. 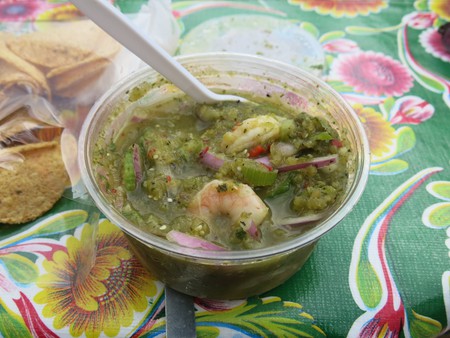